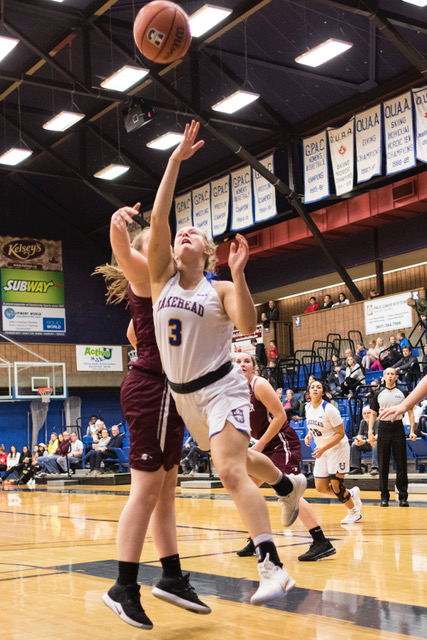 The Marauders, who finished the 2018-19 season by becoming national champions, took the lead in the second quarter and refused to give it up to the Thunderwolves for the remainder of the game.

“I thought we came to play but some early quick fouls on Tiffany and some miscues in our transition defence hurried us quick,” said head coach Jon Kreiner.

“We need to be way more disciplined on offence to be successful against a good team like McMaster.”

Thunderwolves Megan Looney led the team with 12 points. Nikkie Ylagan was right behind her with 11 points, followed by freshman Kate McPhail and Kaylah Lewis who each finished with 10 points.

“We need to set the tone early tomorrow then grind out a tough win with great physical defence and smart disciplined offence. On a bright side, our two rookies Kaylah and Kate were very good tonight,” said Kreiner.

The Thunderwolves will be on the hunt for a win against the Marauders Saturday night when they face-off for the second time at 6:00 pm.