THUNDER BAY, Ont. (U SPORTS) – The first day of the U SPORTS/Curling Canada University Championships opened Saturday evening with a total 16 teams from across the country finishing their first draw of the round robin, hosted by the Lakehead Thunderwolves.

Eight men’s and eight women’s teams will be competing for gold for the next five days to name themselves the best teams in university curling.

“Great first day,” said Danny Lamoureux, director of curling club development and Championship services at Curling Canada. All teams competed hard and both Lakehead teams played well. It is going to be a great championship.”

The men’s side opened with Dalhousie taking down Alberta 6-2, capturing their first win of the championship. The Memorial Sea-Hawks defeated the UPEI Panthers 9-5 while the Queen’s Gaels were downed by the Regina Cougars 5-4.

The Thunderwolves men’s team faced the reigning champions from Wilfrid Laurier, in a very exciting match. Both teams traded points until they were tied 6-6 after ten, pushing to an extra end with Laurier having the hammer. Laurier Skip Matt Hall made a great open hit, capturing the 7-6 win for the Golden Hawks. 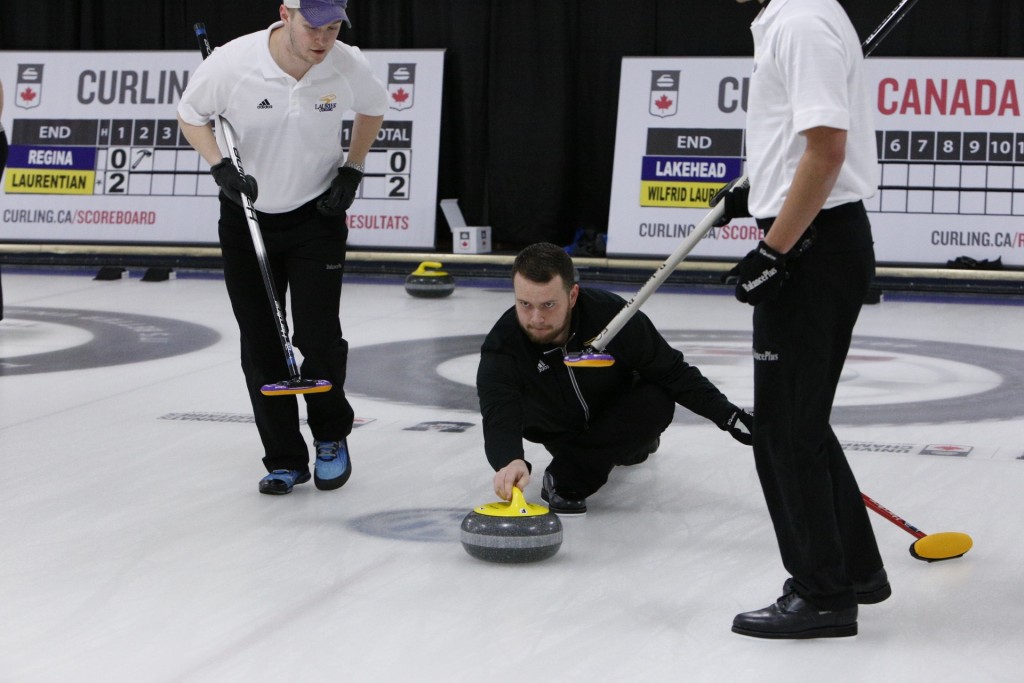 On the women’s side, Laurentian grabbed a 5-1 lead after four ends and continued their momentum to an 8-2 victory over Regina. The Ryerson Rams also walked away with a win on Saturday, edging StFX 8-3.

The Lakehead women faced a tough challenge against the Dalhousie Tigers in their first draw. Dalhousie skip Kristin Clarke, who won gold in the 2016 Canadian and world junior curling championship was a strong force for the Tigers. Ready to compete after a heartbreaking bronze-medal loss in last year’s national championships, Dalhousie was tied with the Thunderwolves 3-3 after four ends. The two teams traded points in the next three ends until the Thunderwolves scored four in the eighth, taking the lead for good and winning 8-5.

“I think we played great! We wanted to go out there and show everyone that we are not just here because we are the host team but we are here because we can compete at this high level,” said Lakehead skip and Fort Frances, Ont., native Hailey Beaudry after their first draw of the day. “ We have only played one other team here before so it is great and exciting to play against some new competition.”

Alberta, the defending women’s national champions – skipped by Kristen Streifel, who recently won bronze at the world juniors in South Korea, took on UNB. The Pandas grabbed a quick 2-0 lead in the first end and never looked back, finishing the day with a 10-6 win. 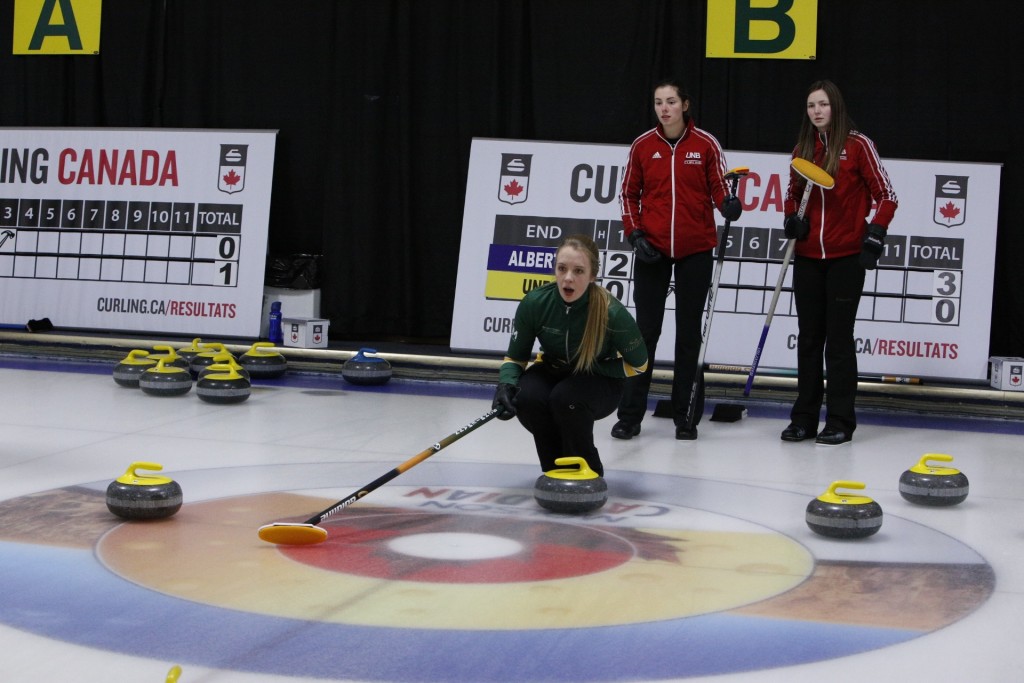 The round robin continues Sunday at the Fort William Curling and Athletic Club in Thunder Bay, with Draw 2 beginning at 2 p.m. ET following by Draw 3 starting at 7 p.m. ET.