THUNDER BAY, Ont. (U SPORTS) – The 2017 U SPORTS/Curling Canada Curling Championships continued Monday at the Fort William Curling Club, with both the Memorial men’s and Alberta women’s teams remaining undefeated. 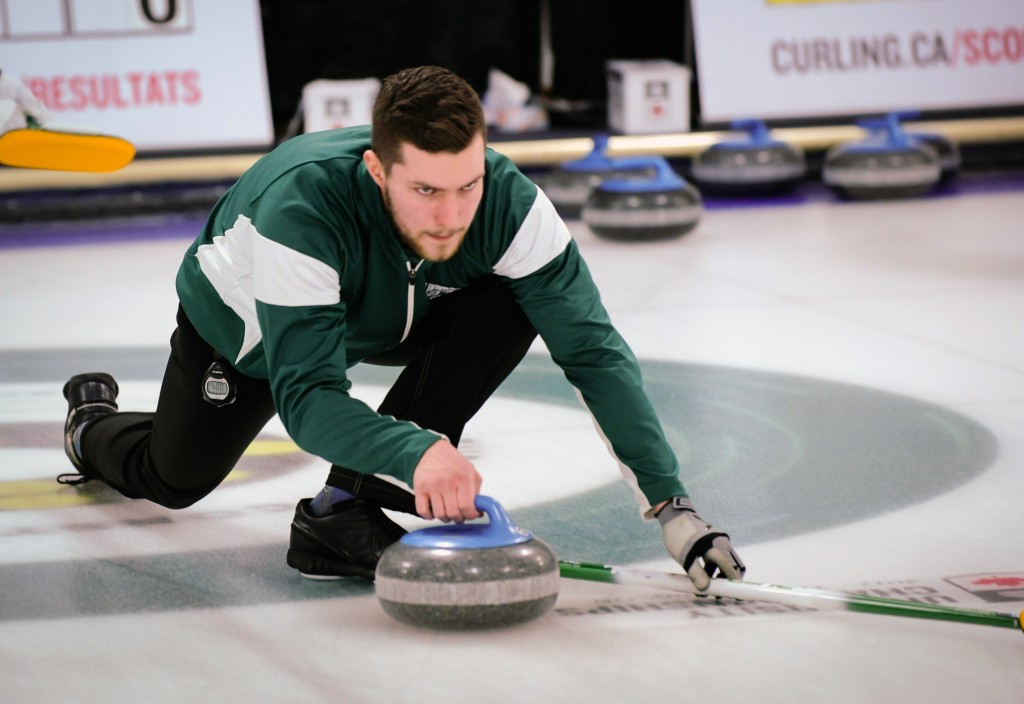 The fourth draw began with Laurentian’s Krysta Burns, a bronze medalist at the 2017 Canadian juniors, with a convincing 11-2 win over host Lakehead’s Hailey Beaudry, aided by scores of three points in the first, fifth and seventh ends.

Alberta’s Kristen Streifel continued her strong play during the round robin. The world junior bronze medalist upped her record to 4-0 in Draw 4 by virtue of an 8-3 win over StFX’s Emma Logan. Streifel scored two points in the fifth end, followed by steals in the next two ends.

In other women’s games, 2016 world junior champion Kristin Clarke and her Dalhousie Tigers kept their playoff hopes alive by edging Regina’s Hayley Jameson 7-4. Clarke broke open a close game with a steal of two points in the ninth end en route to the victory.

Finally, UNB’s Justine Comeau won her first game over Ryerson’s Maggie Macintosh by a score of 9-5, thanks to three points in the seventh end for the win.

On the men’s side, Memorial’s Adam Boland remains the only undefeated team. Boland scored four points in the first end, coasting to a 10-2 victory over Lakehead’s Dave Henderson.

Meanwhile, UPEI’s Chris Gallant got back in the race for one of the top four playoff spots with his second consecutive win, this time over Wilfrid Laurier’s Matt Hall 9-6.

Dalhousie’s Robert Mayhew missed a chance to grab second place on his own, losing 6-3 to previously winless Queen’s, skipped by Wes Forget.

The curling action continued later on in the evening with Draw 5. Macintosh and the Ryerson women’s squad dominated against Laurentian with a quick four points in the first. The Rams carried on to complete an impressive 12- 4 win in a rematch of the OUA championship, improving their record to 2-3. 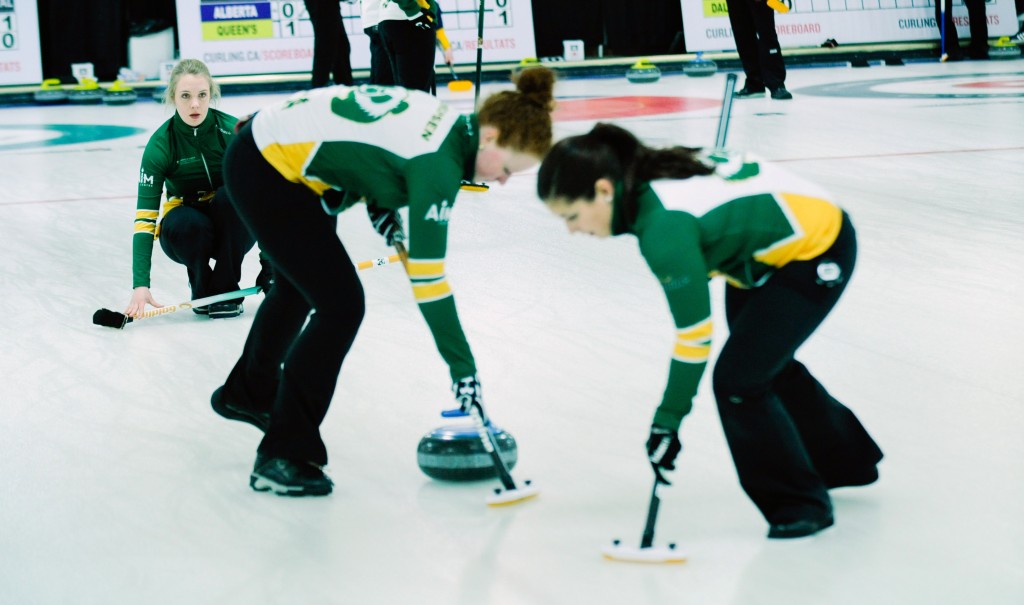 Alberta’s Streifel was outstanding once again, walking away with an 11-5 victory over Regina’s Jameson. The Pandas now move to 5-0 to punch their ticket to the semifinals. StFX also had a successful night with a 10-3 win over Dalhousie, taking three points in both the seventh and eighth end to seal the win and a 3-2 record.

Lakehead and UNB traded single points for the first four ends until UNB captured a three-point lead in the fifth. The Varsity reds ran the Thunderwolves out of rocks, taking an 8-5 win.

On the men’s side, Memorial and Regina were tied in the eighth at 6-6 until the Sea-Hawks took two single points in the ninth and 10th end, defeating the Cougars 8-6. The win clinched a spot for Memorial in the championship semifinal with their undefeated 5-0 record.

Host Lakehead fell to Alberta in a convincing 7-4 victory by Scoffin, putting the Golden Bears back in the top four with a 3-2 record after struggling the first two days of the tournament. Lakehead falls to the bottom of the pack at 1-4.

UPEI’s Gallant took home a 10-7 decision over Dalhousie’s Mayhew, moving the Panthers closer to the top of the standings. UPEI were up 3-0 after two ends and stole three more in the fourth to give them a 6-2 lead. The Tigers managed to put themselves back in the game, tying things back up 6-6 in the sixth. But UPEI pushed through, scoring a big break in the seventh that gave them the lead for good. The Tigers now move to 2-3 while the Panthers improve to 3-2.

“It was a good game. We got a few breaks. Dal is a really good team and we capitalized on their mistakes,” said Gallant after the game, his rink now on a three-match win streak after starting 0-2. “We knew we were better than how we played in the first two games so it was just a matter of getting in the groove and now we just need to carry the momentum into the next games. We faced some really good teams so far and now we just have to keep it going and play the same way tomorrow.”

The semifinals and medal games will be played on Wednesday.