“McMaster came out flying and showed why they’re the #3 team in the nation but we’ve been a resilient team and got locked in defensively in the second half, especially in the 4th holding McMaster to 12% shooting as well as cut a 20 point deficit to 6”, commented Coach Kreiner after the game.

To start the game, the Marauders outscored the ‘Wolves in the first quarter 26-16.

Nikki Ylagan helped her team get back into the game hitting 2 threes but it still wasn’t enough to catch up to McMaster as they continued to push the score. Lakehead went into the half down 45-33.

Lakehead struggled in the third, being down 20 points at one point. August Ricketts scored 8 points in 5 minutes and the team finished the quarter down 63-50.

Lakehead persevered in the fourth quarter, keeping the Marauders to 12 points and bringing it to a 6-point game nearing the end of the quarter. McMaster finished the game making multiple free throws and won 75-65. 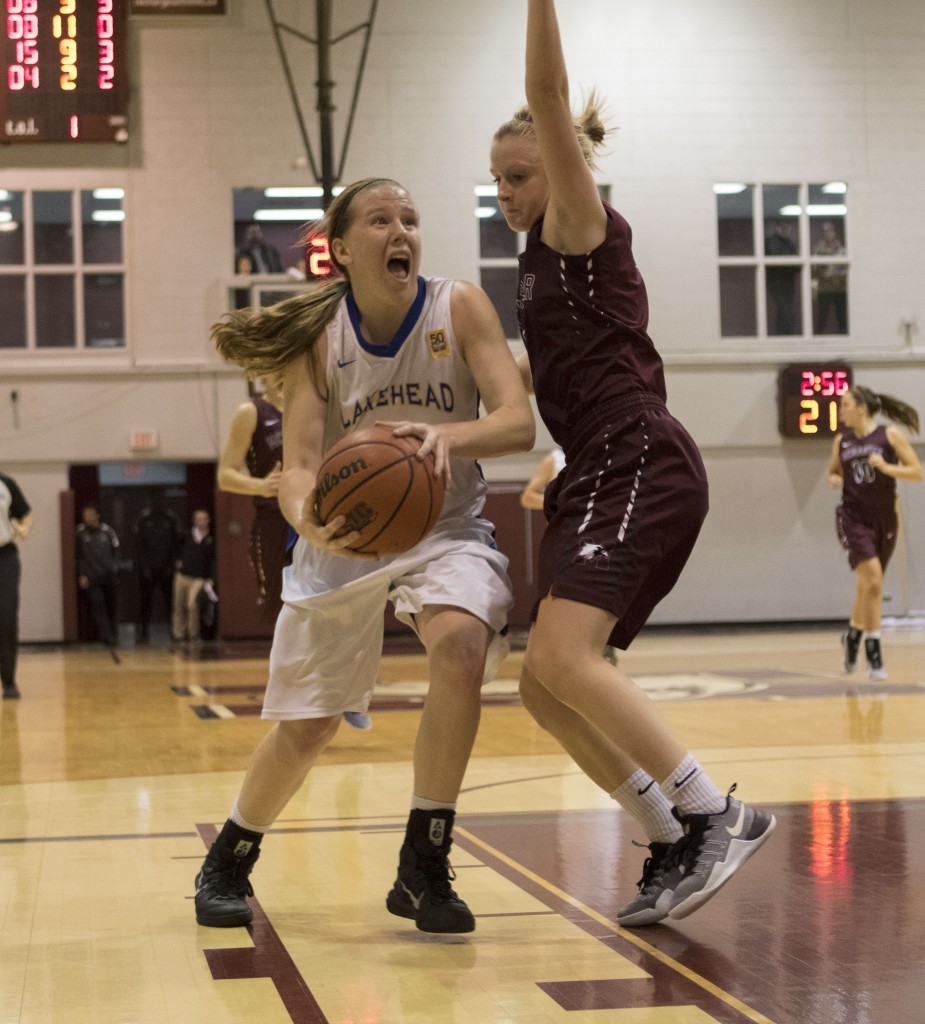 “McMaster beat us from the free throw line. They made 13 more free throws than us where we competed in all other statistical categories.”-Coach Kreiner

Lakehead was 6-12 from the free throw line compared to McMasters 19-22 and the ‘Wolves shot 40% from the field.

“We showed our character and I am proud how we fought this weekend but tonight McMaster was too good.”- Coach Kreiner

The Thunderwolves next game is Friday, November 18 against Western at the Thunderdome.