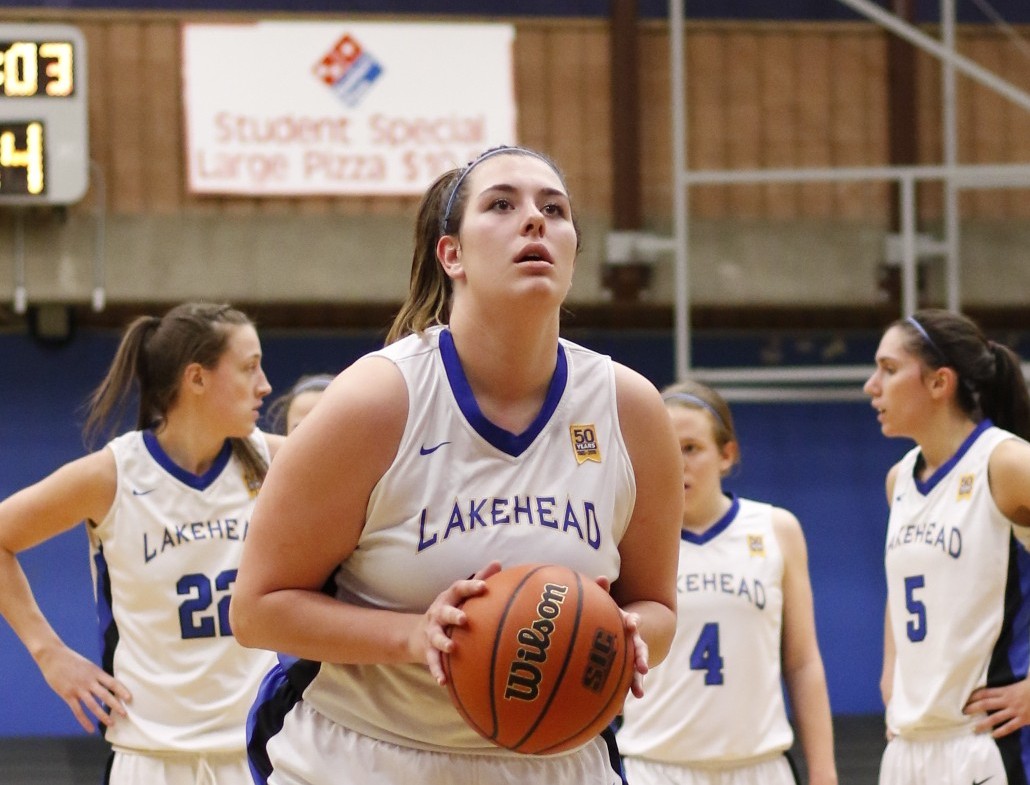 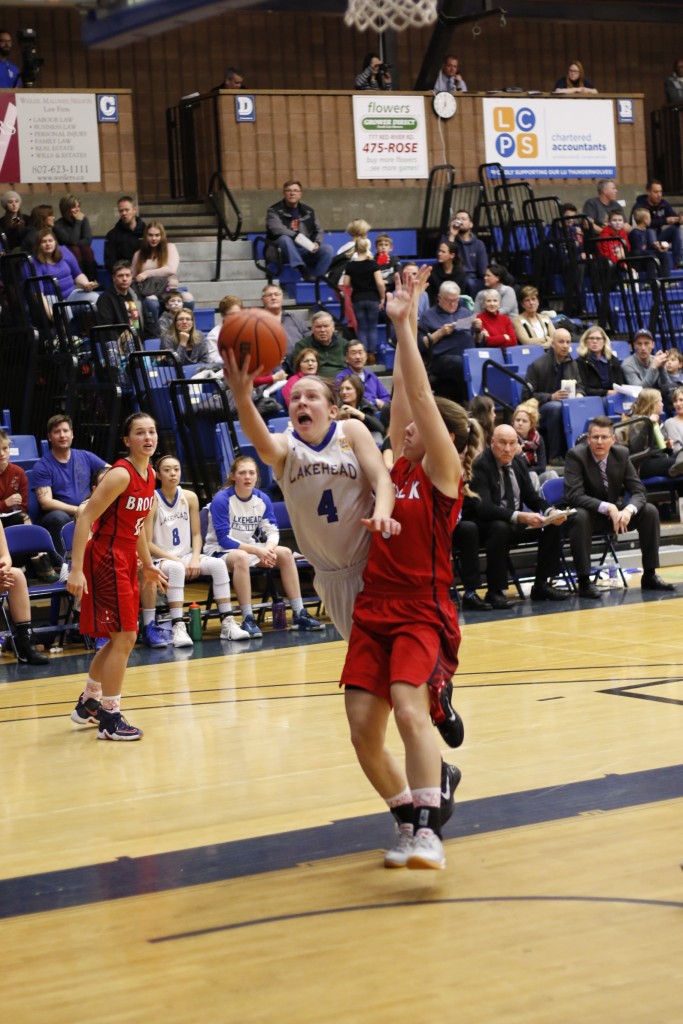 “Really tough one for us tonight. We scored more then enough points but we went away from our game plan on defense. Proud of Gill and how she played tonight but we left her out to dry defending Cornelissen. We need to regroup, bounce back and get ready to battle for 40 tomorrow” – Coach Kreiner

The Thunderwolves came out hard in the first quarter, going on an 11-3 run. The ‘Wolves were able to hold their lead as one of Badgers top scorers, Kira Cornelissen, sat the bench. Lakehead finished the quarter up 24-14.

The Badgers flipped the script in the second quarter with Cornelissen on the court and scored 10 back-to-back points, tying the game, 24-24. The two teams were point for point for the rest of the quarter. Brock’s Melissa Tatti hit a three with only a few seconds left, putting the Badgers up 41-38 going at the half.

The ‘Wolves pushed back in the third quarter, outscoring the Badgers 27-22. Lakehead now had the lead going into the fourth 65-63. With four minutes left in the game, Brock obtained a small lead that Lakehead struggled to catch up to. The ‘Wolves tried to battle back but ran out of time at 92-84.
The Badgers were 52% from the field and 53% from the three point line 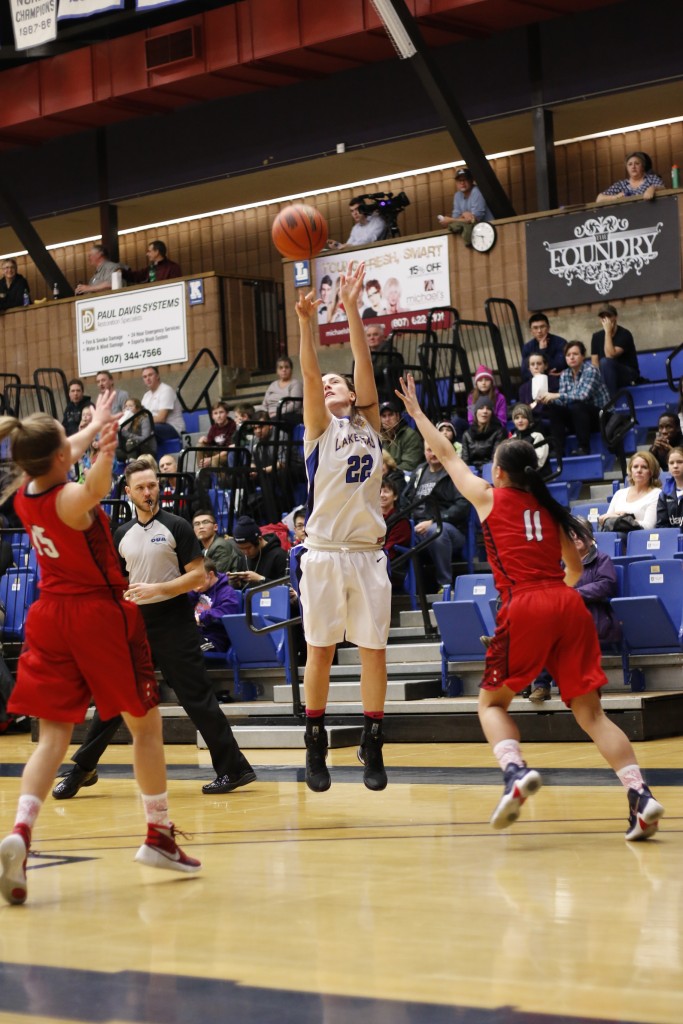 along side going to the free throw line 29 times compared to Lakehead’s 17.

Gillian Lavoie was the high scorer for the ‘Wolves with 22 points and 11 rebounds. Bridget O’Reilly was not far behind with 16 points and 5 steals. Rachel Webber put up 14 points with 7 assists.

Kira Cornelissen of the Badgers led her team with 28 points as well as Melissa Tatti with 23.

The Thunderwolves will play the Brock Badgers again tomorrow at 6:00pm in the Thunderdome.