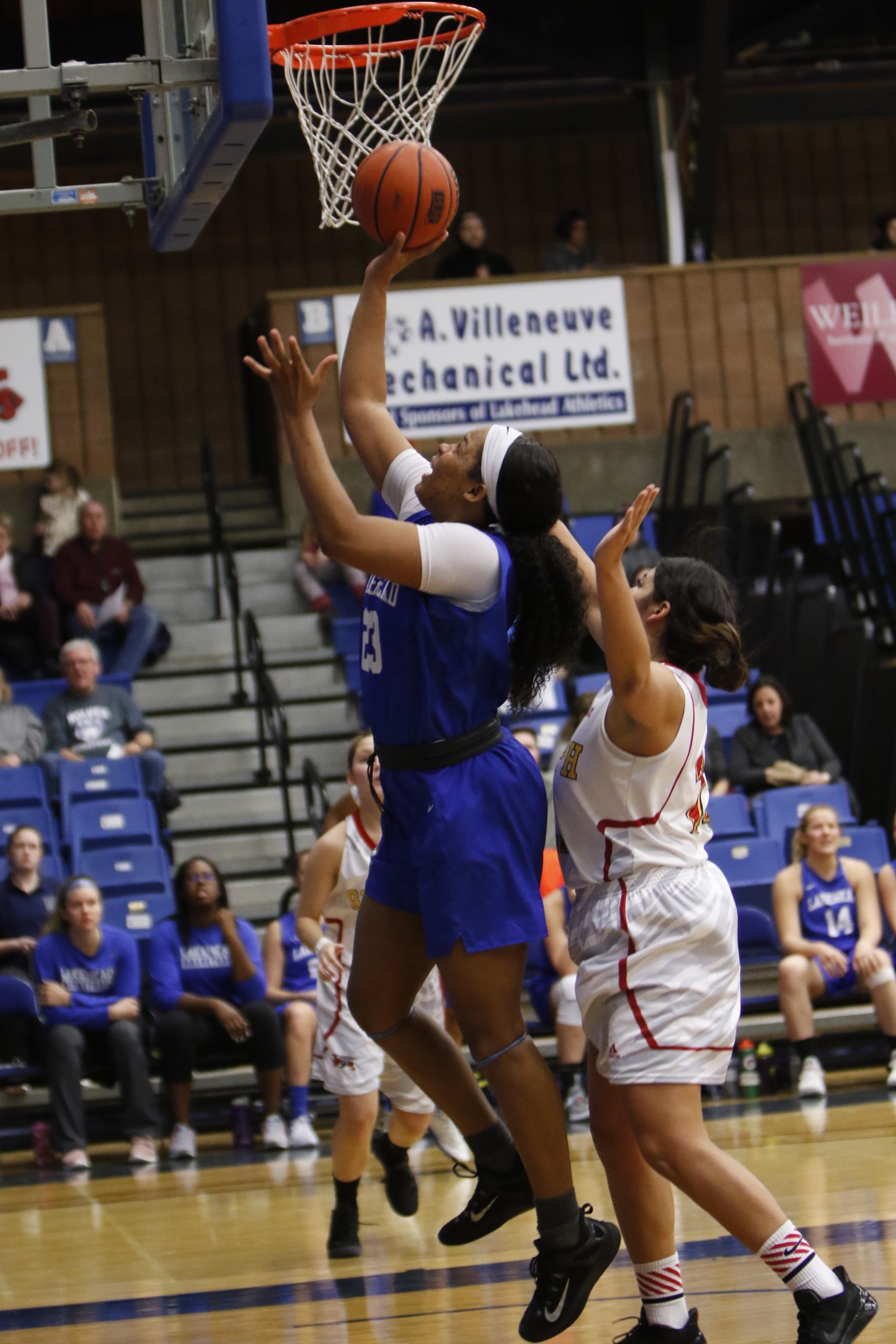 The Lakehead women’s basketball team (8-4) completed the weekend sweep against the Guelph Gryphons (5-7) winning 64-62 tonight in the Thunderdome.

It was a close game from the beginning once again as Guelph had a small lead, 38-31, by halftime.

The Wolves came out in the third quarter, holding the Gryphons to only 8 points. Lakehead and Guelph continued to compete for the remainder of the game and the Wolves and Gryphons were tied 62-62 with 24 seconds left in the fourth.

Leashja Grant drove to the basket drawing the fouled and hit both free throws to seal the lead for the Wolves. Guelph had a last second shot to take the game, but was unable to sink it.

“Huge sweep for us. We’ve played in three close games that we’ve won so that is very positive for our mindset. Leashja was dominant today and we really needed her scoring. Rachel Webber was our X-Factor though on defense. She was superwoman out there reading the D and getting some huge steals for us,” said Coach Jon Kreiner after the game.

Leashja Grant had a monster game with 41 points, 16 rebounds, making it her twelve straight double double. Jerika Baldin contributed 10 assists and Rachel Webber was tough on defense with 5 steals.

The Wolves are sitting in a tie for second place in the OUA West alongside McMaster (8-4).

Lakehead is on the road next weekend as they take on Western on January 12th and 13th. 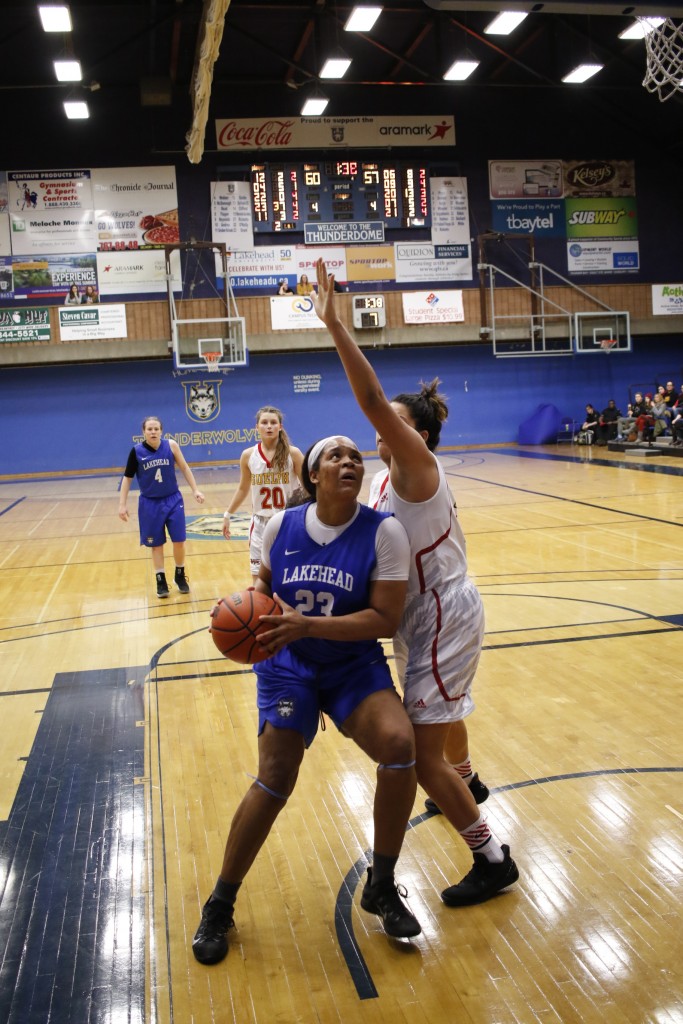