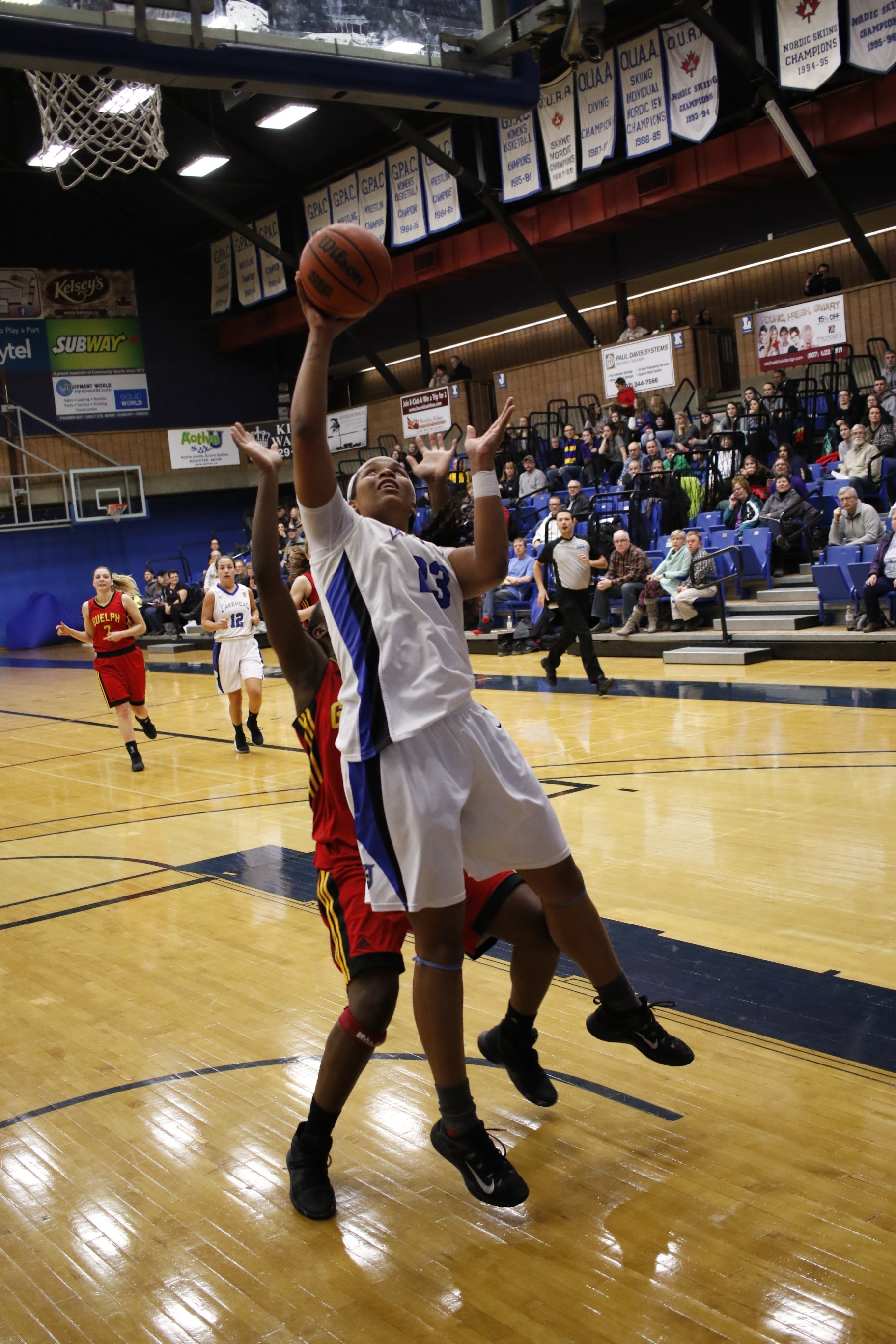 The Lakehead women’s basketball team (7-4) won 70-68 against the Guelph Gryphons (5-6) in a close ending tonight in the Thunderdome.

The Thunderwolves had a slower start this evening and struggled to get their systems moving that led to a 37-33 deficit after the first two quarters.

After trailing for the majority of the game, the Thunderwolves turned it around, pushing a 65-58 lead with four minutes left in the game. Lakehead outscored the Gryphons 18-14 in the fourth and in the end were able to hold them off for the win.

“We were very sluggish in the first half tonight. We also played frustrated and struggled to defend the ball. We came out with better energy and focus in the second half which allowed us to contain the ball and rebound the ball. I was extremely happy with how Nikki played tonight, we really needed her ‘boast’ offensively.” – Coach Jon Kreiner

Once again, Leashja Grant led all players with 22 points and 15 rebounds. Nikki Ylagan was also big for the Thunderwolves tonight with 19 points, hitting four three-pointers. Grant and Ylagan combined had 24 points of the Thunderwolves 33 by halftime. 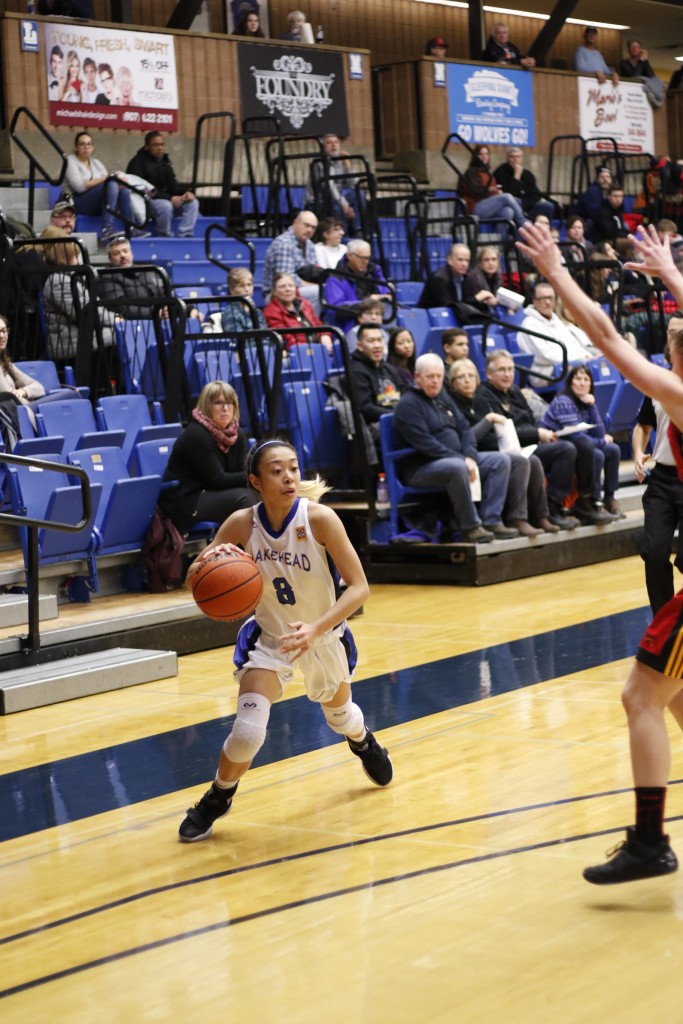 The Thunderwolves take on Guelph again tomorrow in game two of the weekend double header at 6:00PM in the Thunderdome.