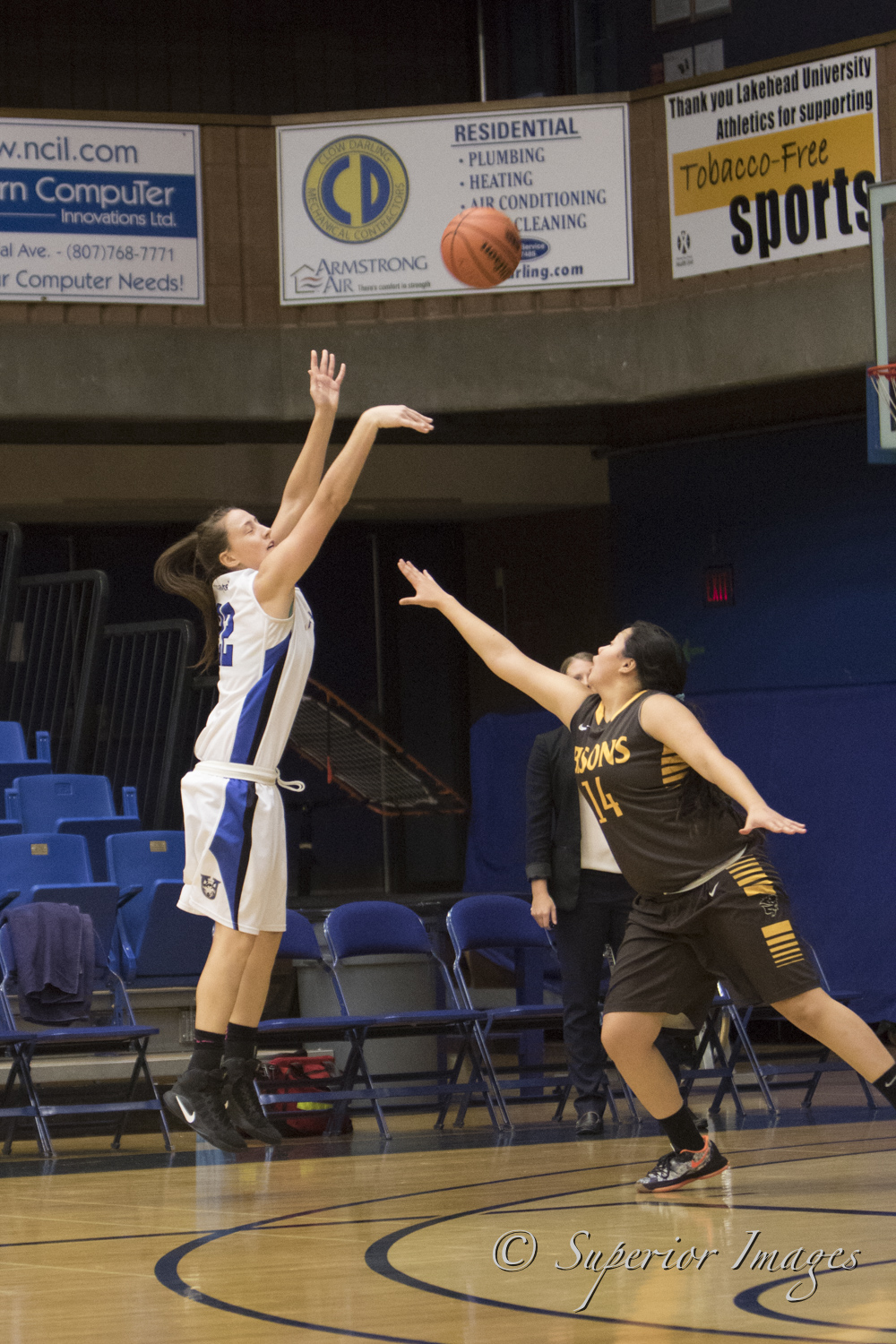 The Lakehead Women’s Basketball team won their second home game of the weekend 66-57 against the University of Manitoba Bison’s (1-6 non-conference).

Both teams came out ready to play at the start of the game with tough defence and aggressive offence. At the end of the 1st  quarter, Manitoba led by 1 with a score of 20-19. Both teams kept up the fight, but Lakehead was able to capture the lead, finishing the half 38-36.

The 3rd quarter was a struggle for both teams as Lakehead only scored 9 points and Manitoba with only 4. Lakehead was up 47-40 by at the end of the 3rd quarter. Going into the fourth, the ‘Wolves were able to hold off the Bison’s and kept their lead until the end of the game.

“We have shown both nights that we are consistently 9 points better than Manitoba,” said Coach Kreiner after the game. “It was a tough battle and felt almost league like”.

The ‘Wolves challenged the Bison’s throughout the game, putting on a full court pressure defence. The women were able to catch the Bison’s in traps and created turnovers, giving more opportunities to score.

“We got a lot of good looks (84 shots total) but we didn’t knock them down tonight”.

Katelyn Zen was a force to be reckoned with tonight scoring 17 points. Daron Mainville was aggressive in the paint and consistently posted up scoring 6 from the inside and 5 at the free throw line, with a total of 11 points. Bridget O’Reilly made three crucial 3-pointers that pushed the momentum for the ‘Wolves.

Nicole Konieczny led the Bison’s with 20 points, 9 rebounds and 6 steals.

“The positive is that we managed the critical parts of the game when needed”.

Next weekend, the Thunderwolves are heading to Edmonton, AB to compete in the HoopFest Tournament hosted by the University of Alberta.