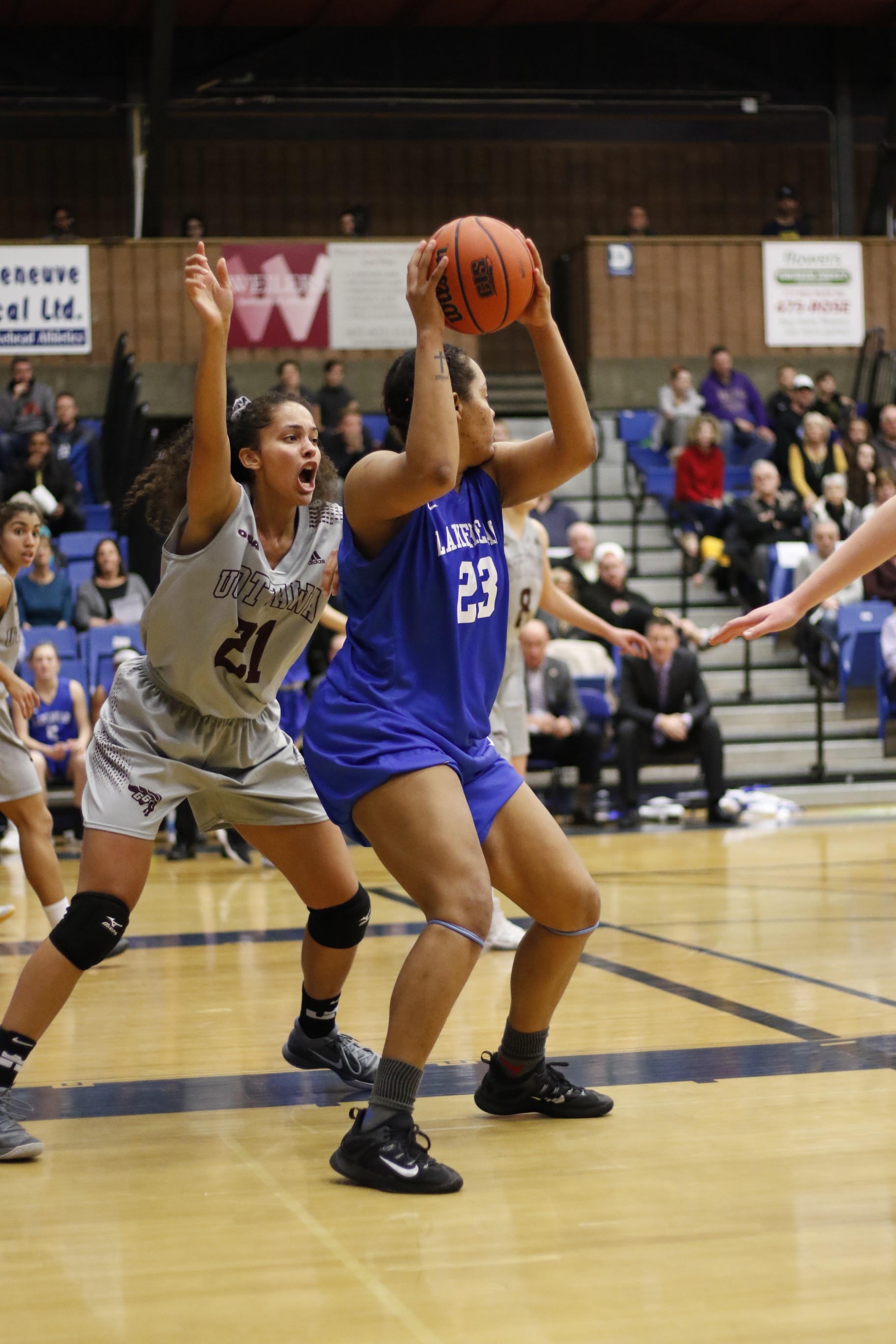 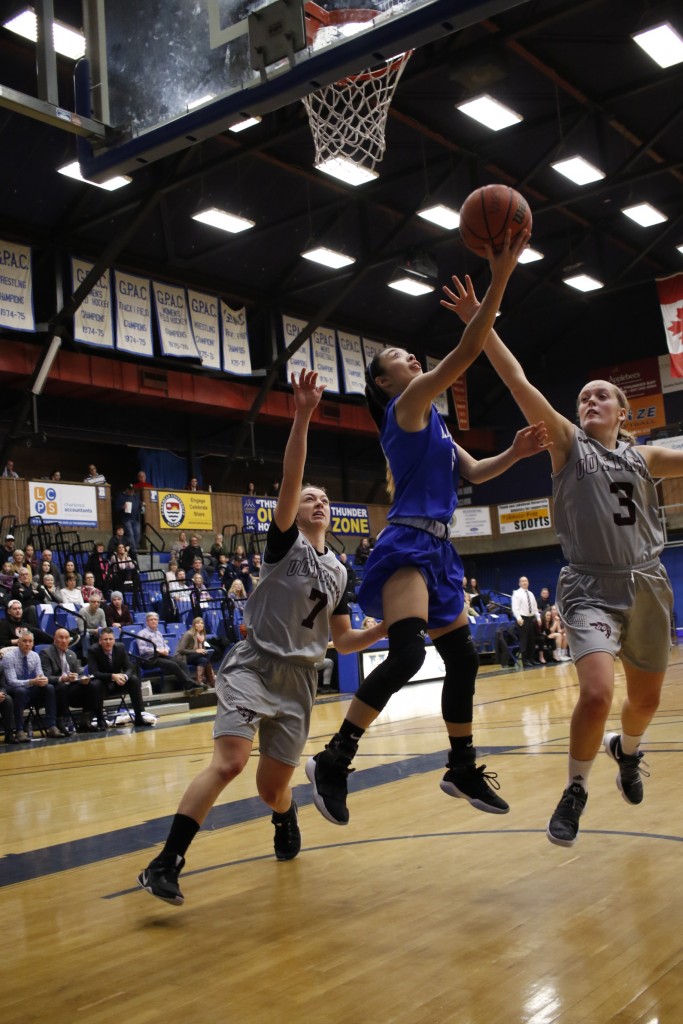 The Lakehead women’s basketball team (6-2) took down the Ottawa Gee-Gees (3-5) tonight at the Thunderdome in a 72-60 victory.

The Wolves and Gee-Gees started the quarter in an exciting back and forth game. The Gee-Gees gained some momentum and turned a 14 point swing making it 22-10 at the end of first quarter.

Lakehead pulled it together in the last 5 minutes of the second to bring it within 4 at half (34-30).

The Thunderwolves continued their aggressive play, going on a 12 point run in first few minutes of the third to take back the lead, 42-34 but the Gee-Gees quickly brought it back to a 3 point game. Tiffany Reynolds hit a quick jumper at the buzzer to put the Wolves up 54-48 at the end the third.

Lakehead went on another run at the beginning of the fourth that put them up 60-48 and maintained their lead until the end of the game, winning 72-60.

“Another poor first quarter but that’s more on me then the team. Our second half energy was great tonight and two of our rookies, Tianna and Tiffany, really stepped up. Leashja was absolutely unbelievable again tonight on both ends of the floor.” – Coach Jon Kreiner

Leashja Grant was huge in the paint with 25 points, 15 rebounds.

Today’s win bumps the Wolves back in to first place in the OUA West in a tie with McMaster and Windsor.

Lakehead will take on Toronto (3-5) and Ryerson (6-2) next weekend on the road in their last games before the semester ends.