Jackson and Tree Named Lakehead Athletes of the Year

Lakehead Athletics celebrated the 2016/2017 season this afternoon by handing out their awards at the Annual Awards Gala held in the John N. Paterson Faculty of Law Auditorium at PACI.

Jenn Jackson (Nordic Skiing) walked away with the Female Athlete of the Year, with Kevin Tree (Cross Country) reclaiming the Male Athlete of the Year once again. Both athletes had outstanding seasons with Tree taking home silver at OUAs and finishing fourth at Nationals. Jackson was a force to be reckoned with as she finished the year a national individual championship. 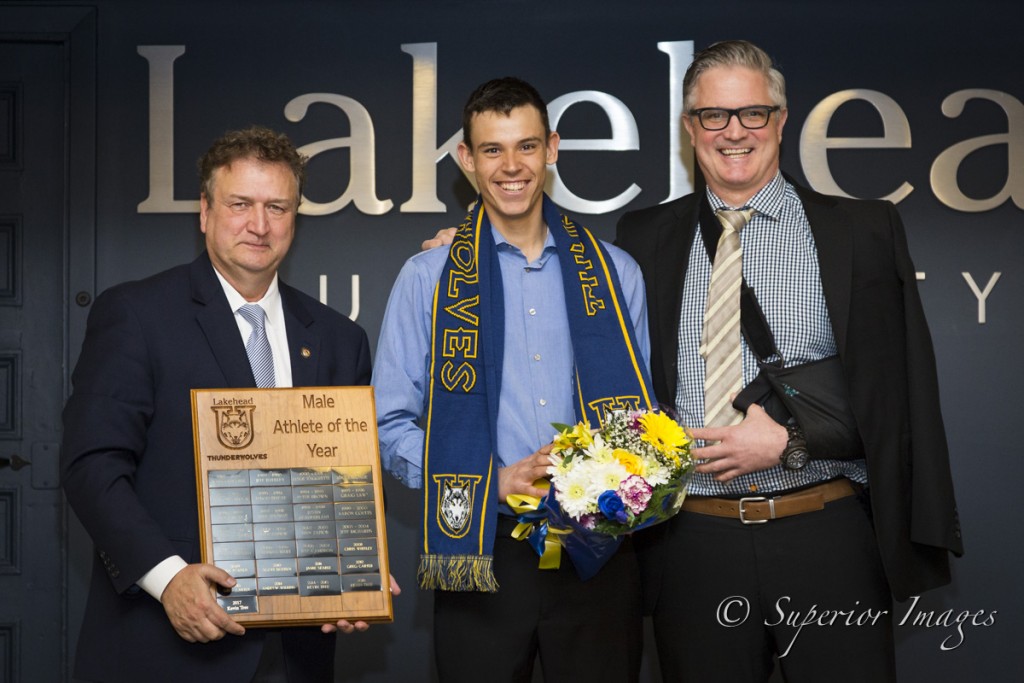 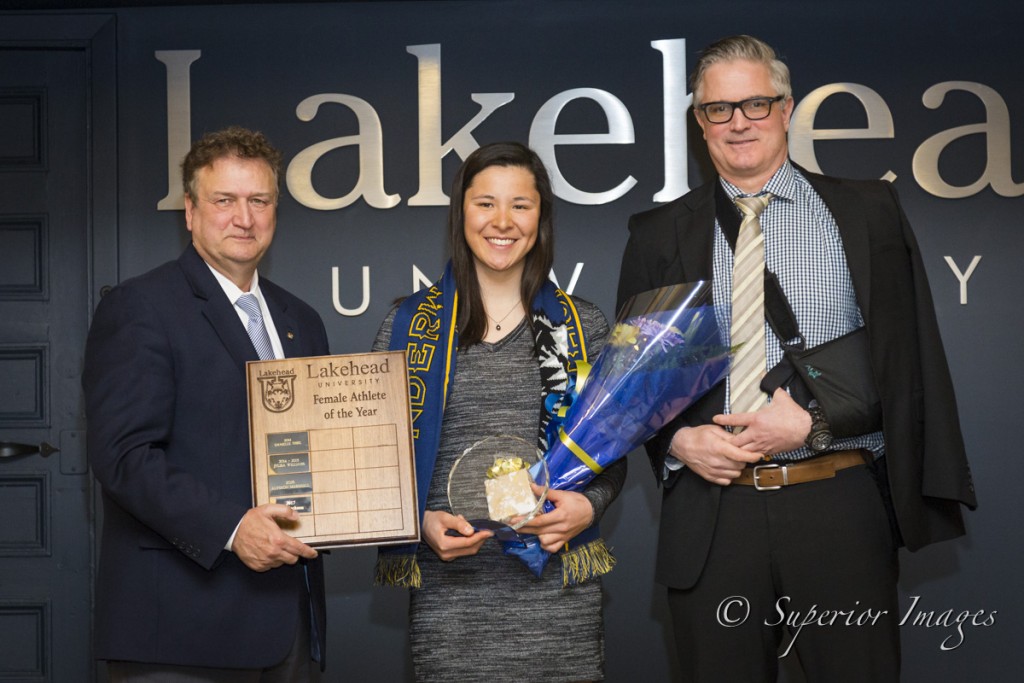 Women’s basketballs Nikki Ylagan picked up Female Freshman of the Year for her outstanding break out season. She stepped up in games, hitting some big shots that also got her named to the OUA All-Rookie team. Male Freshman of the Year was delegated to Marco Palermo, after he won gold at both the OUA and USPORTS Championships. Marco was also named both OUA and USPORTS Men’s Wrestling Rookie of the year.

The Hank Akervall Memorial Award was presented to Katelyn Zen, for her outstanding leadership and excellence in athletics along side keeping up good academic standings and being active in the community. Alex Robichaud was given the Argus Award, that goes to exceptional athletes that have captured the medias attention, named by Lakehead’s student newspaper sports editor.

A full listing of individual team awards can be found below.

Rookie of the Year – Patrick Murphy

Rookie of the Year – Nikki Ylagan

Rookie of the Year – Marco Palermo

Rookie of the Year – Madison Clayton

Rookie of the Year – Ciara Zarn

Sportsperson of the Year – Colin Pendziwol and Erika Mihell

Rookie of the Year – Nahshon Hurst