With women’s basketball set to return to the Thunderdome on November 12th, the Thunderwolves pack is beginning to reform. The home-opening match against the Brock Badgers this coming Fall will be the women’s basketball team’s first action since going 1-1 over Valentine’s Day weekend of 2020, but it won’t be the first organized play for returning guard Sofia Ainsa Lluch.

Lluch, whose deft ball handling and agility mark her exciting style, has been running the hardwood with team CP Miralvalle of the LigaFemenina II Spanish league.

“I feel blessed and very grateful to have had the opportunity to play in this league.” Lluch says. She finished the season averaging 8 points, 3 rebounds, and 2 assists in just under 30 minutes per game, and her contributions helped propel CP Miralvalle to a higher division for their next season.

“Sofia got to play professional basketball at a very high level and she not only participated, she excelled,” Thunderwolves women’s basketball head coach Jon Kreiner says. “Playing nearly 30 minutes a game and being one of the key players who helped push her squad to the playoffs and ultimately to a higher division within the Spanish Pro Leagues is a major accomplishment.”

The milestone should not come as a surprise for Lluch, a player for whom development has been a steady climb. She was named to the OUA All-Rookie team after joining the Thunderwolves for the 2018-19 season.

“She made great decisions for our team on both ends of the floor,” Kreiner said upon Lluch’s All-Rookie team win.

Lluch built off of that award recognition in her second season, averaging 14.1 points, 5.5 rebounds, 4.2 assists, and 1.4 steals per game, all major improvements over her rookie season numbers. Her assist tally was the fifth-highest in the OUA, and she was named Thunderwolves women’s basketball season MVP at year’s end. So the chance to run the pro courts in her home country of Spain was a fortunate opportunity in the face of the pandemic, but also a natural step.

“I feel blessed and very grateful to have had the opportunity to play in this league,” Lluch says. “It has helped me to keep growing both on and off the court and I have been able to learn a lot along the way. When things do not go as planned, the way we solve them and our reaction to it is what will make us different.”

“This was a tremendous opportunity for Sofia during very tough times for many,” Kreiner adds. “We at Lakehead are thankful Sofia was able to continue to play and grow.”

For now, the Lluch, Kreiner, and the ‘Wolves are eager to return to the Thunderdome and pick up where they left off, with the rest of the Thunderwolves pack running alongside in the CJ Sanders Fieldhouse.

“I am looking forward to getting back with my team at Lakehead University,” Lluch says. “To keep learning from and with them, embarking together on a journey full of passion and perseverance that, along with hard work, can lead us to win a championship.”

“We are very excited for Sofia to bring her upgraded talents back to Thunder Bay,” Kreiner adds.

Lluch finished the 19-20 season on a tear, averaging 19.8 points per game across the last 8 matches, was named team MVP, then helped propel her Spanish team to playoff success and a division promotion—whatever leaps forward she makes next, the Thunderdome will be cheering her on. 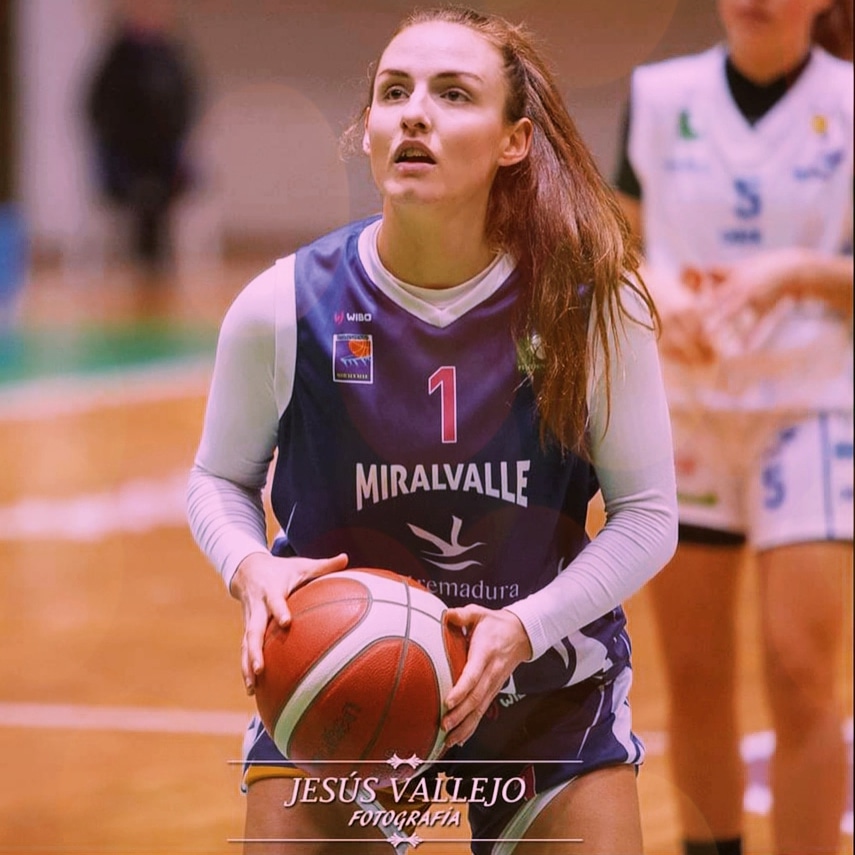