Lakehead Athletics unveiled the newly renovated hot yoga studio this week, which has come about thanks to a partnership between Lakehead University, the Department of Athletics and Moksha Yoga instructors and owners: Debbie Zweep and Myles Ball.

Now into their third week of operations, Moksha Yoga Thunder Bay is happy to have found a home in the C.J. Sanders Fieldhouse.  MokshaYoga  is a uniquely Canadian brand of hot yoga, that was developed in 2004, but since then has spread across the continent, with over 65 studios operating in Canada and the U.S.

Zweep and Ball are both Lakehead graduates. Zweep, who previously operated a Moksha studio in Stratford, Ontario, is grateful to return to her hometown of Thunder Bay.

“It feels great to return home, not only to Thunder Bay but also to Lakehead University,” says Zweep. “There’s lots of great energy flowing in here already, with the students and the varsity sports programs here. We’re ecstatic to be joining our communities.”

Community is one of the seven pillars of Moksha, in that the studio is dedicated to making the classes as accessible as possible, and hope that the peace achieved on the mat will travel outwards into the community. Moksha also offers ‘energy exchanges’, that is, free classes in exchange for work done for the advancement of the studio, whether it’s help cleaning, or help with their social media efforts.

A key part of building community and making yoga financially accessible with Thunder Bay Moksha are their ‘karma classes’ on Fridays, with the proceeds of the class ($5/person) being donated to the LUSU food bank.

“We’re pleased to be facilitating this service for the Lakehead and Thunder Bay community as a whole,” says Director of Athletics Tom Warden. “We’re maximizing the usage of space in the fieldhouse, diversifying the services offered to our users, and promoting wellness with a contemporary and Canadian brand of hot yoga. Debbie and her staff are bringing fresh, positive energy into the new space.”

Moksha Yoga Thunder Bay offers over 30 classes per week. More info on Moksha, their philosophy and class schedules can be found at www.thunder-bay.mokshayoga.ca. 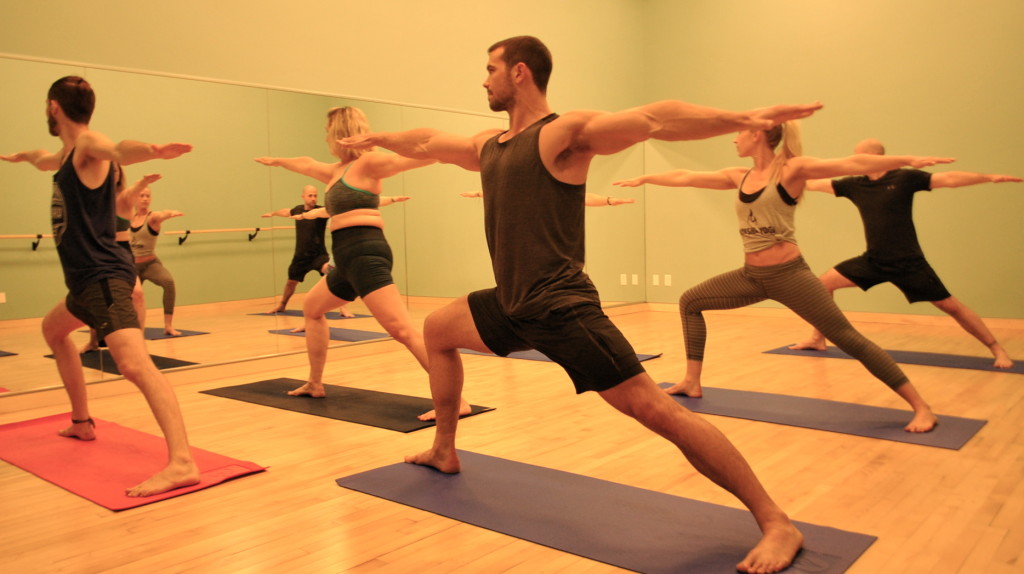