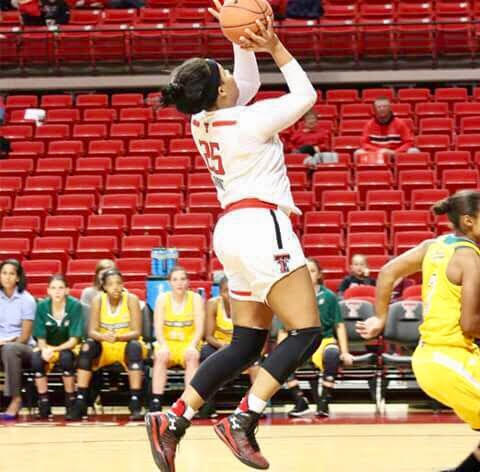 Leashja (LeeLee) was a starter for Texas Tech University in 2015-16 and also played two stellar seasons for the Division 1 Junior College, Trinity Valley Cardinals, out of Athens, Texas.

Coach Kreiner has high praise for his blue-chip recruit:

“We are extremely thrilled that Leashja has decided to play her final two years of eligibility in Canada for Lakehead University. Leashja is a dominant inside force with tremendous rebounding ability. Averaging a double-double for one of the toughest D1 Junior College divisions in the U.S.A. plus starting for a major D1 school in the Big 12, Leashja Grant will be a major player in the OUA and give us someone that can control the paint area at both ends of the floor.”

“My visit at Lakehead University was different but in a good way,” explains Leashja. “Canada, on the whole, was an amazing experience. I really enjoyed the environment and people I met in Thunder Bay and in the Thunderdome. The coaching staff and teammates all showed me what Lakehead was about, nothing but greatness and the chance to accomplish goals. I hope to accomplish a lot both on and off the court and I have confidence that will happen at Lakehead U. I am looking forward to a great first year at Lakehead with a fresh start.”

Averaging a double-double each game with 12 points and 13 rebounds at Trinity Valley, Leashja will be a force to be reckoned with when the season starts up in the fall.

Leashja will be pursuing an honours bachelor in Psychology.