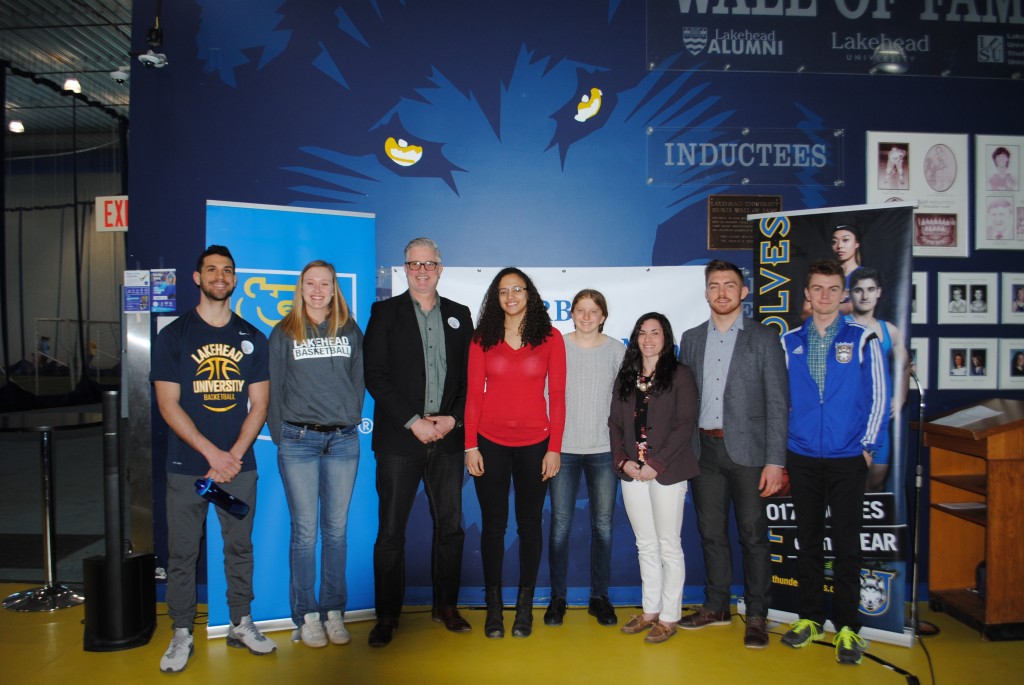 Lakehead Athletics is proud to present our RBC Athletes of the Month for February. They are listed team by-team below.

Coach Lennie: “Camille opened the OUA Championships with a bronze medal performance in the 5km classic race in her final OUA race series with the team.  She has been an integral part of the program for the past 4 years and has provided a great example for others to follow, both in her daily training and in her approach to racing.  Geoff, in his 4th year with the program, added stability to the men’s team and was a key member of the group’s collective effort to retake the OUA banner from arch rivals Carleton.  Geoff skied 3 strong races over the weekend and will be looked to again in the coming days as our program enters what will be a hard fought battle for another Canadian team title.”

Coach Sigsworth: “Rebekkah finished off a great first year as a university runner with an outstanding February.  She won both the 1500m and 3000m at the University of Manitoba Bison Classic. She followed that performance up with a 3rd place finish in her heat at Boston University’s David Hemery Valentine Invite in a new personal best time of 10:02.44.  At the OUA Champs Rebekkah had her best meet of the season running two personal best times and finishing 7th in both the 1500m (4:43.95) and 3000m (9:59.98). She ends the season 2nd on the Lakehead All-time list at 3000m and 4th in the 1500m.”

Coach Sigsworth: “Derek started the month by finishing 2nd in the 3000m at the University of Manitoba’s Bison Classic in a very exciting and close finish, missing the win by less than 2 tenths of a second. He then finished 3rd in his heat at Boston University’s David Hemery Valentine Invite in a new personal best time of 8:40.90.”

Coach Green: “Meghan has shown her future as a left side, and is clearly a big part of the future for this program. A standout on and off the court and recently named to the OUA All Rookie Team”

Coach Kreiner: “Lily has been terrific all year. When Senior Forward Katelyn Andrea went down with a season ending injury, she stepped right in and was a force. She has really developed as a great shooter with a solid drive and shows versatility in the post. She has been worked hard to be a consistent rebounder and provides our team with a plethora of energy both on and off the court”

Coach Thomson: “During February Mor averaged 15.5 points, 4.8 rebounds and 3. 6 assists per game while shooting 48% from 3. Mor finished his Lakehead career with a tremendous second half of the season in which he steadily improved and represented himself, his teammates and the university proudly.”