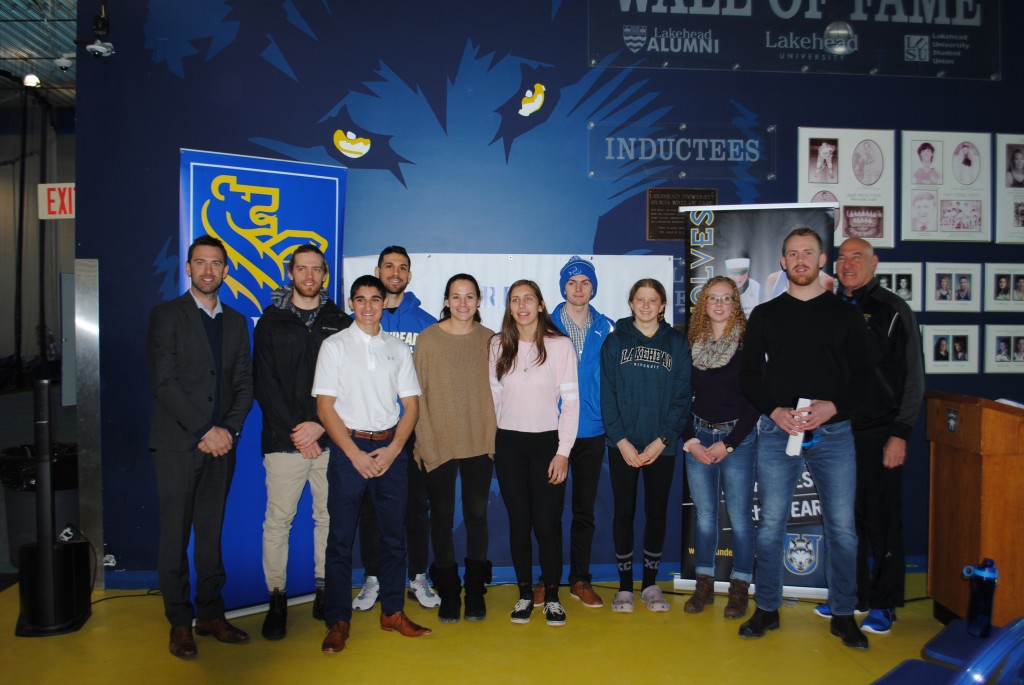 Lakehead Athletics is proud to present our RBC Athletes of the Month for January. They are listed team by-team below.

Coach Lennie: “Both athletes have shown great commitment to the team and strong leadership by setting examples for hard work at team practices throughout the year. Noah recently returned from the Eastern Canadian Championships in Ottawa where he raced amongst the top junior skiers in the country and showed both a grit and determination that we have come to expect. A rookie on the team, Beth fought hard this weekend for some solid results against a deep and talented field containing some of the best female skiers in North America.”

Coach Sigsworth: “Rebekkah ran 3 races in January, finishing first twice and and second once.  She started the year off at the Lakehead Vs the World meet by winning the 3000m in a time of 10:33.77.  The next weekend was a major breakthrough for Rebekkah at the University of St Thomas Invite where she shaved over 20s off her 3000m personal best finishing second in 10:08.64.  She followed that up the next day by anchoring the victorious DMR relay team at the UWS Twin Ports Invite.  Rebekkah is currently ranked 8th in the OUA and 13th in U SPORTS in the women’s 3000m.”

Coach Green: “In her 2nd year, Ciara has had a spectacular month as the leader on defense. She has passed a spectacular 65% good perfect over the month seeing her face some of the top teams in the league and country. Teams have now come to the point to avoid her in order to control the offence. She has been the dig leader on our team and one of the top in the OUA. In 3 consecutive weekends, Ciara had 96 digs and passed at 2.97.”

Coach Kreiner: “Jerika is our consummate leader. She is one of the best pass-first point guards in the country, is the engine that drives our offense and is one of our best defenders. Jerika has been unbelievable this year when it comes to assist-to-turnover ratio and is having her best year as a scorer and shooter. We will need Jerika to continue playing at a high level as we strive to get ready for playoffs & a run for the OUA Title.”

Coach Thomson: “In 8 games in January Mor averaged 19.7 PPG, 7.7 RPG,  2.8 APG while shooting 50% from 3 on 4.5 3PA per game. Mor is a tremendous leader both on and off the court with how he approaches his academics, taking care of his body and getting better day in and day out. His play to start the second semester is reflective of his commitment to continue improving ”