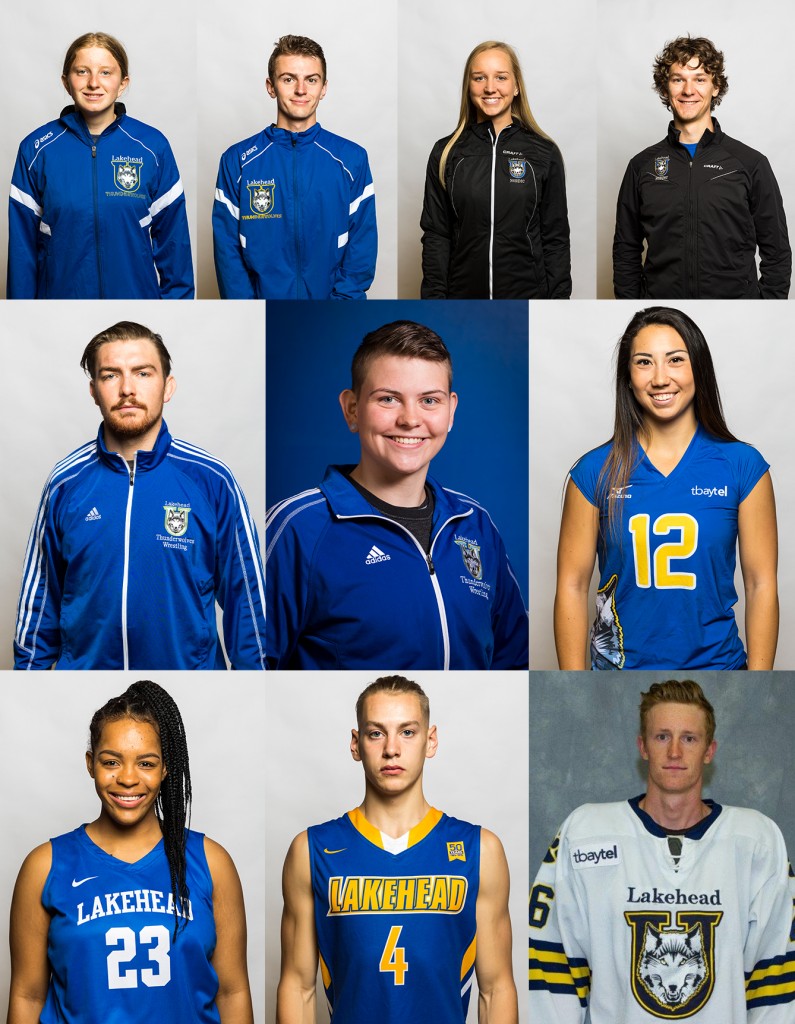 Lakehead Athletics is proud to present our RBC Athletes of the Month for November. They are listed team by-team below.

Coach Kip Sigsworth: “Derek only raced once in November but he made the most of it. At the Canadian National Junior Cross Country Championships in Kingston Derek had a very strong race finishing 19th overall in a time of 26:22 for the muddy 8km course.”

Coach Leif Lennie: “Colin and Erika are known on the team as hard workers and both have shown great progress and commitment throughout the training season. Colin has been a part of numerous championship teams and again looks to anchor the team this year with his dedication, toughness and experience. Erika has continued to make improvements that will surely lead to her becoming a key player in the program for many years to come.”

Coach Francis Clayton: “Jacob ends the semester with 12 wins and 2 losses, winning the McMaster invitational and placing third at the York Open and the Ontario senior Championships. Dana has had only one competition in the first semester and made it count, placing second at the York Open. This was a good test for Dana as she pinned her way to the final where she lost to U of G’s Gracelyn Doogan.”

Coach Chris Green: “Leah has had a strong month as a performer for this group and continues daily to show why she is one of the leaders of this team.”

Leading the OUA with 21.5 points per game, 13.3 rebounds per game with 10 consecutive double-doubles in the regular season so far.

Coach Jon Kreiner: “Leashja has been one of the most dominant players in the country in the first half of the year. We need her to work hard over the break and be prepared for a tough OUA west schedule on 2018.”

Averaged 11pts and 2 rebounds in  November

Coach Manny Furtado: “As a 3rd year guard, Kache is being asked to fill some different and more important roles for our team. He has welcomed the challenges we’ve presented to him. We need him to be a consistent threat every time he steps on the floor.”

Second leading scorer on the team and first in goals.