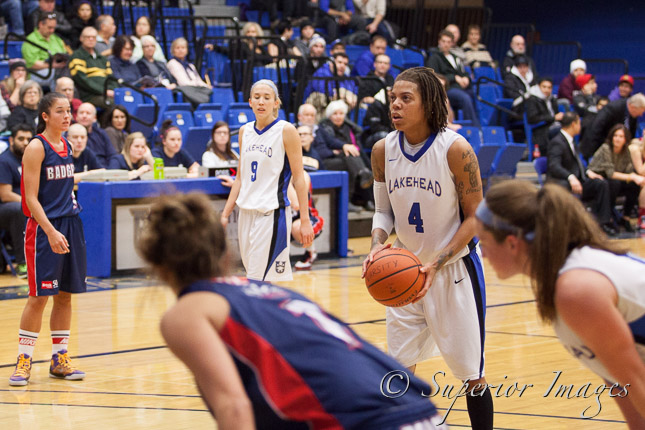 The Top 100 list was created in celebration of the 100 year anniversary of U SPORTS women’s basketball.

“Words cannot describe the amazing feeling I have to be chosen as one of the Top 100 Players in Canadian University history. I owe so much to my Lakehead family. My teammates, coaches, and fans have given me so much amazing support and I feel beyond blessed,” said Williams.

“Playing for this community has definitely felt like my home away from home. This is a once in a lifetime honour and I will cherish it for the rest of my life.”

During her time with the Thunderwolves Williams played 31 games, recording 790 points, 307 rebounds and 109 steals. Williams averaged 25.5 points per game and 29.6 minutes per game.

Williams holds the Lakehead women’s basketball record for most points recorded in a single season, collecting 458 points with 19 games played in the 2014-15 season.

“It was an absolute privilege to coach Jylisa Williams. At the time she was by far the best athlete I have ever coached or even seen play at the U SPORTS level,” said women’s basketball head coach Jon Kreiner.

“To have her voted in as one of the top 100 players of all time in Canadian University basketball history is simply amazing and very well deserved. Jylisa has not only left her mark on Lakehead University but on U SPORTS basketball and will forever have this etched in history.”

In October 2019 Williams was inducted into the Lakehead Thunderwolves Wall of Fame.