Thunderwolves Basketball ready to get back on the court 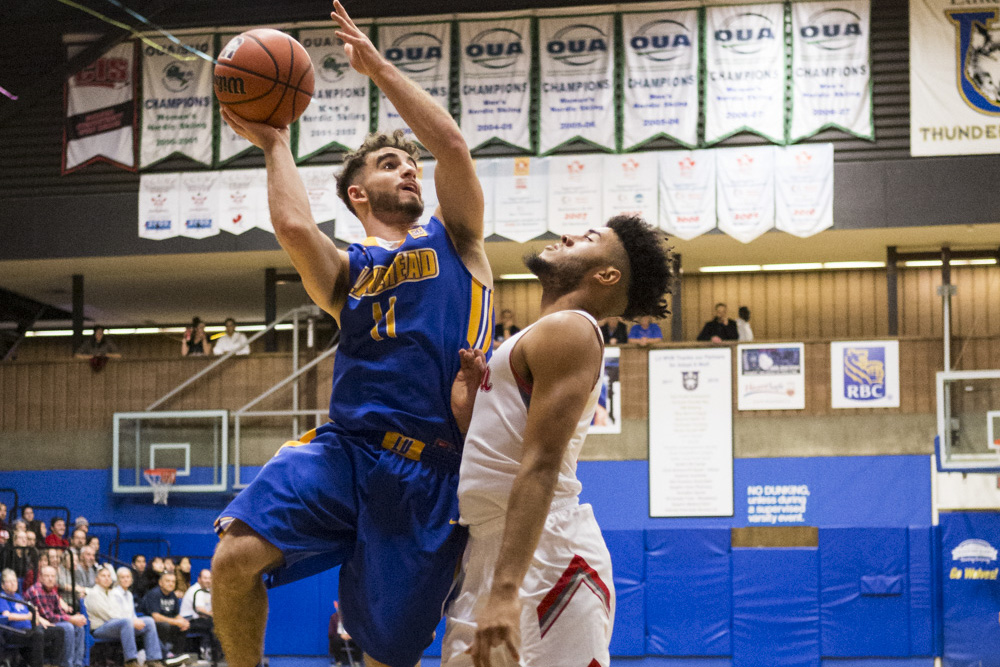 The Lakehead Thunderwolves basketball teams will be returning to the court for the first time since December 1, on the road to take on the Algoma Thunderbirds on Friday, Jan. 17 and then the Guelph Gryphons on Sunday, Jan. 19.

The Thunderwolves men’s team is heading into this weekend still ranked seventh in the USports top ten with a record of 9-3.

Since Algoma basketball joined the league in 2013, the Thunderwolves have a 6-4 record against them. The Thunderbirds are currently 2-11 this season and will be looking to break a five-game losing streak.

The Gryphons are currently sitting third in the OUA West division with a  6-7 record this season. In the past five seasons, the Thunderwolves have gone 5-6 against the Gryphons, including one postseason win.

“This week should be a good test against two athletic and tough teams in Algoma and Guelph,” said men’s basketball head coach Ryan Thomson.

“After a long break we’re going to need to be crisp and disciplined to compete at the level we aspire to.”

“We are excited to start playing as our last game was December 1,” said women’s basketball head coach Jon Kreiner.

“Algoma is a solid team that is the best three-point shooting team in the OUA and boasts the second-leading scoring in the OUA in Karly Fracalanza. Dionne Martin is also a very tough matchup as she can score inside and out. Algoma also plays solid defence.”

“Guelph is one of the toughest teams to play in the country,” said Kreiner.

“They have a very deep team with very well balanced scoring as well as good size in all positions. They can really score the ball and are a very good rebounding team.”

In the past five seasons, Lakehead has gone 7-4 against the Gryphons, including winning both OUA regular season match-ups last season. Sunday’s game will be the first time these two teams will meet since the Thunderwolves handed the Gryphons a 79-71 loss in the 2019 quarterfinals.

“This is a tough road trip for us with a lot of travel but we won’t complain as we know how tough it is to play at Lakehead,” said Kreiner.