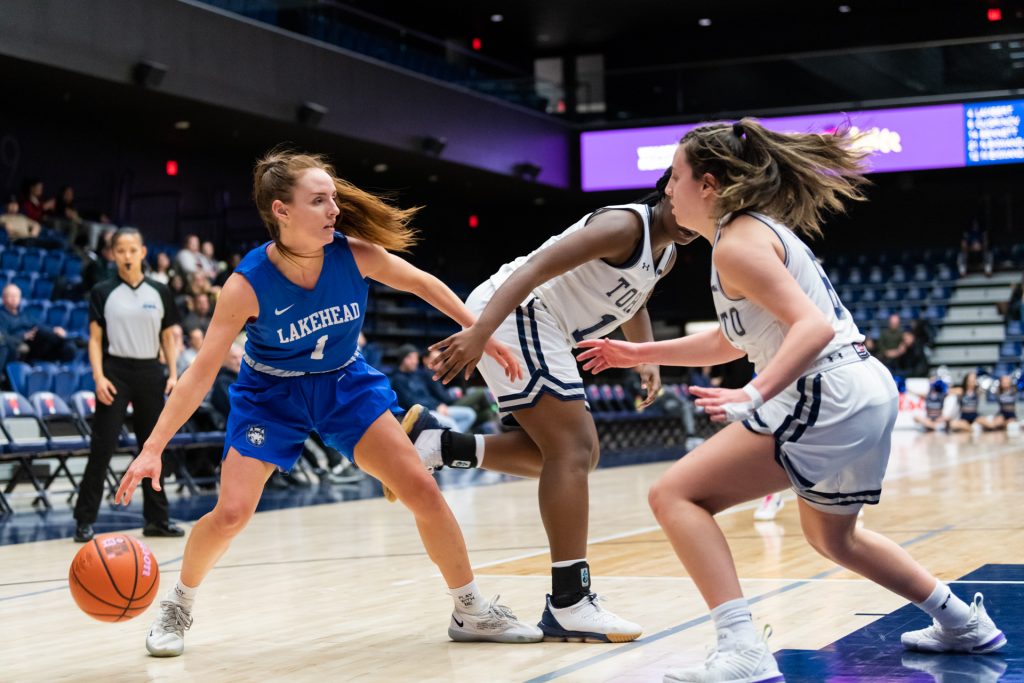 “Tonight we played very hard from tip to buzzer. I’m very proud of how we stepped up to play hard and play through some rough offensive stretches to get a very big win,” said head coach Jon Kreiner.

The Thunderwolves outscored the Blues 15-8 in the first quarter and were up 35-15 by halftime. The Blues came back to play a much stronger second half, outscoring Lakehead 19-17 in the third quarter, but thanks to their strong start and resilience the Thunderwolves were able to finish the game on top.

“Sofía continues her Allstar play while Lily was terrific for us in the first half on both ends of the floor,” said Kreiner.

“Megan really did a great job for us off the bench. Time to recharge and get ready for tomorrow.”

On the other side of the court, Toronto’s Nada Radonjic also recorded a double-double, earning 17 points and 10 rebounds for her team.

The Thunderwolves and Blues will face off for the second time this weekend on Saturday evening. The game will be available on OUA.tv starting at 6:00 pm.