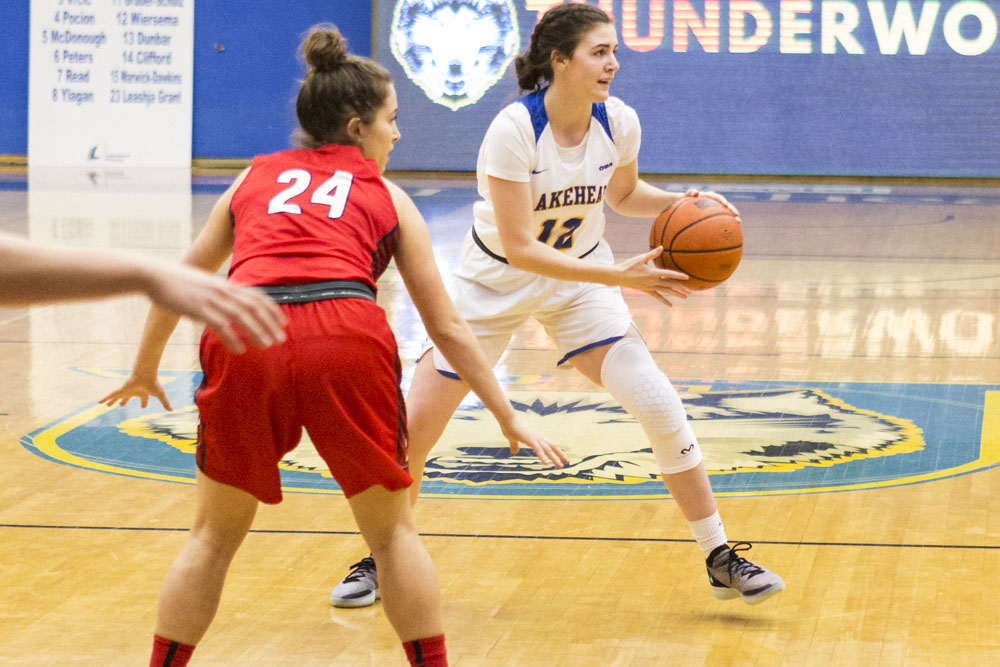 Despite a good first half, the Lakehead Thunderwolves women’s basketball team fell 68-51 to the Brock Badgers Friday night in St. Catharines, ON.

Down by one heading into the second half, the Thunderwolves struggled to find some offence in the third quarter, and the Badgers took advantage to build on their lead.

“We played so well in the first half to have what happened in the third,” said head coach Jon Kreiner.

“We ended up giving up more offensive rebounds than our own defensive boards, which cannot happen, plus we had a lack of focus early in the third defensively.”

The Badgers had three players break into the double digits. Melissa Tatti with 18 points, Kristen Gallant with 14 points, and Jess Morris, who finished the game 13 points and 11 rebounds.

The Thunderwolves were led by fourth-year Nikki Ylagan, who finished with 14 points, and second-year Sofia Lluch, who recorded 13 points and 7 rebounds.

“Sofía has a strong first half and I felt we looked very calm and composed against a good team which is something we can build on for tomorrow,” said Kreiner.

The Thunderwolves will face the Badgers again Saturday, Nov. 16 at 6:00 p.m.