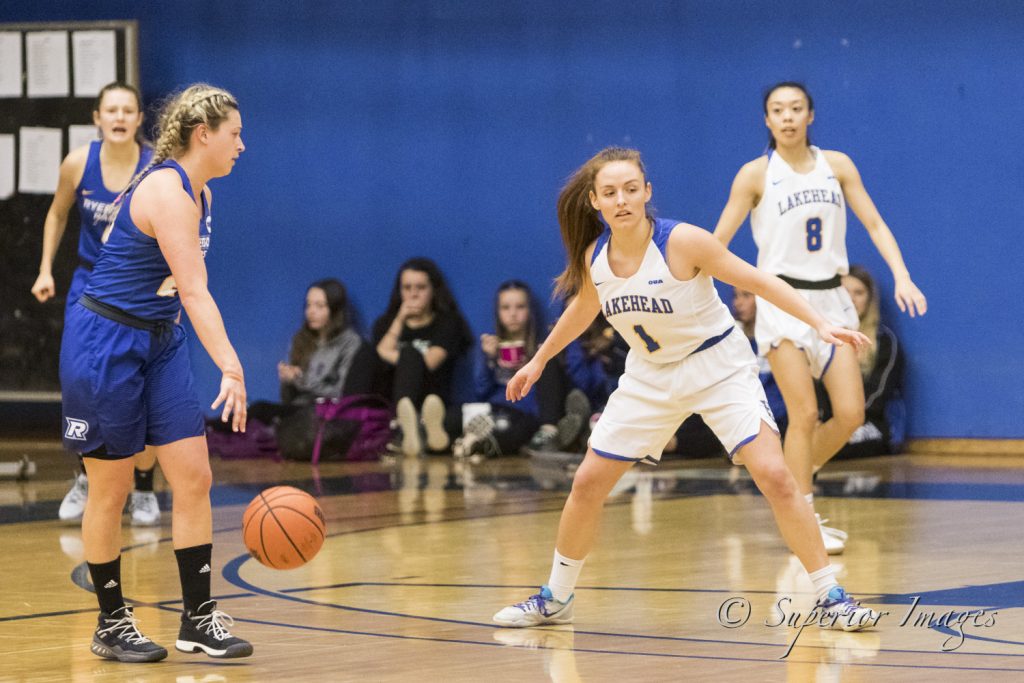 The Lakehead Thunderwolves women’s basketball team are still on the hunt for their first win of the regular season after falling 94-63 to the Ryerson Rams Friday night.

“A very tough start today and Ryerson made us pay for every mistake,” said head coach Jon Kreiner.

“We found a way to play with some respectability on offence in the second half but our half-court defence was slow and unfocused. We need to move past this and get ready for tomorrow.”

Despite a slow start, the Thunderwolves would see some positives as their offence picked up in the second half. Nikkie Ylagan led the Thunderwolves, and the Rams, with 20 points, and shot 6-10 from the three-point line. Lily Gruber-Schulz also led both teams with 7 rebounds.

Ryerson player Rachel Farwell didn’t miss a shot and led her team with 19 points. Marin Scotten was right behind her with 18 points, while Bronwyn Williams led defensively with 6 rebounds.

The Thunderwolves will battle the Rams in game two of the doubleheader 6:00 p.m. on Saturday, Nov. 2.