Thunderwolves eliminated from the Critelli Cup playoffs by Lancers 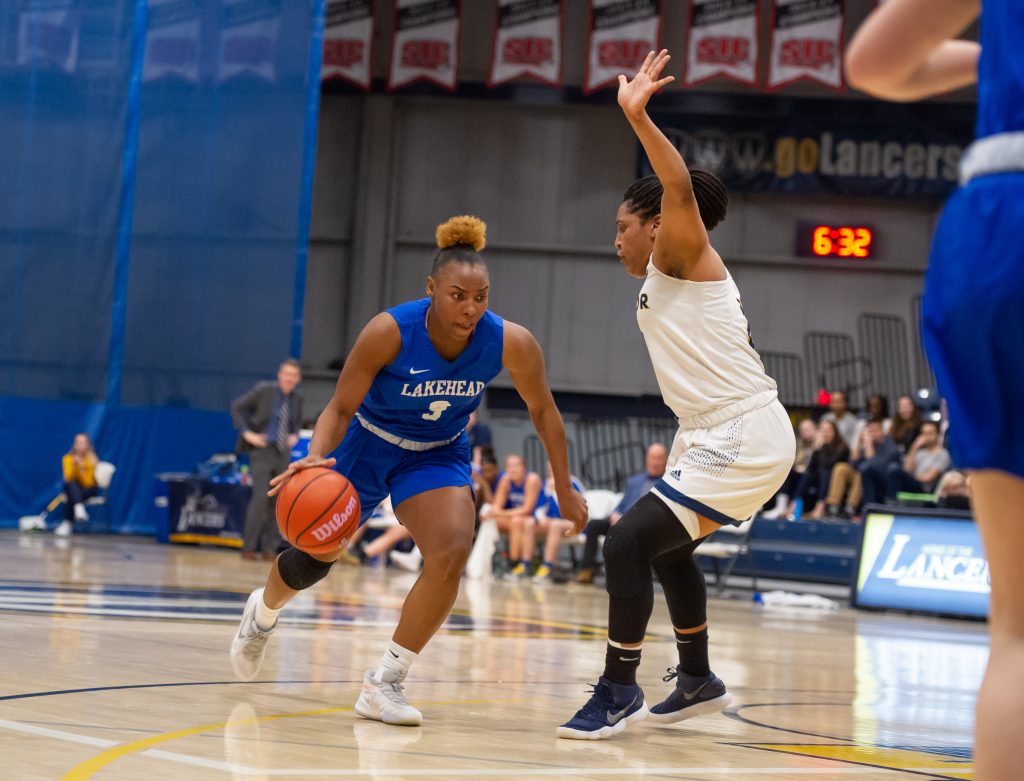 Photo courtesy of the Windsor Lancers

The Lakehead Thunderwolves women’s basketball team fell 96-42 to the Windsor Lancers in round one of the Critelli Cup Wednesday night at the St. Denis Centre in Windsor, ON.

The loss eliminates the Thunderwolves from the OUA playoffs while the Lancers will move on to face the Brock Badgers in the quarter-finals.

Despite a good start in the early minutes of the first quarter, the Thunderwolves struggled to beat the Windsor defence and found themselves down 42-23 at half.

Lakehead’s woes continued into the third quarter as the Lancers held them to only eight points and although the Thunderwolves were able to pick up a bit more momentum in the fourth, the Lancers held on for the win.

“Tough one tonight but doesn’t take away from our great second half of a season,” said head coach Jon Kreiner.

“For some reason, Windsor had our number this year but I’m very proud of our ladies, especially our graduating seniors.”

The Thunderwolves were led by Sofia Lluch and Nikki Ylagan with 10 points each while Lily Gruber-Schulz grabbed seven rebounds to lead Lakehead defensively.

Kayah Clarke finished the night with a game-high 21 points and nine rebounds to lead the Lancers, while Harriet Carey added 17 points to help the Windsor squad advance to the quarter-final.

“I’d like to thank our supporters that never stopped believing in us and thank our Jr Wolves for cheering us on from Thunder Bay,” said Kreiner.