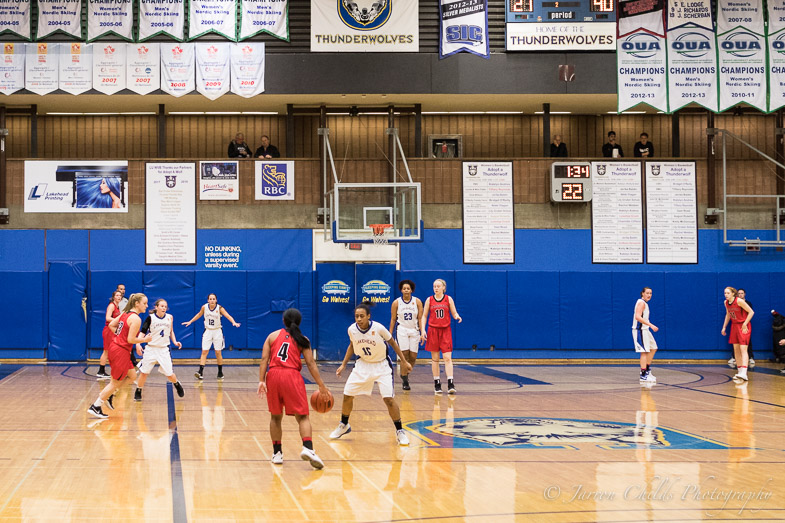 The Lakehead Thunderwolves women’s basketball team dropped their first game of the weekend 65-54 to the Carleton Ravens in Ottawa, ON on Friday night.

The Thunderwolves battled against the 3rd ranked team in U SPORTS and got within three points twice throughout the game. Heading into the fourth quarter the Thunderwolves were only down 46-43.

“Proud of our ladies tonight. They competed with grit and determination through some tough adversity without two of our leaders for a full 40 minutes,” said head coach Jon Kreiner.

“We made mistakes but it’s a game of mistakes and we certainly got better as a team tonight.”

Nikki Ylagan led the Thunderwolves with 13 points, playing 37 total minutes. Kielly McDonough went 4/9 on from beyond the arc to finish the game with 12 points. Leading the Thunderwolves defensively was Tianna Warwick-Dawkins with 9 rebounds.

The Thunderwolves will be back on the court tomorrow to face to Ottawa Gee-Gees at 6:00 p.m.