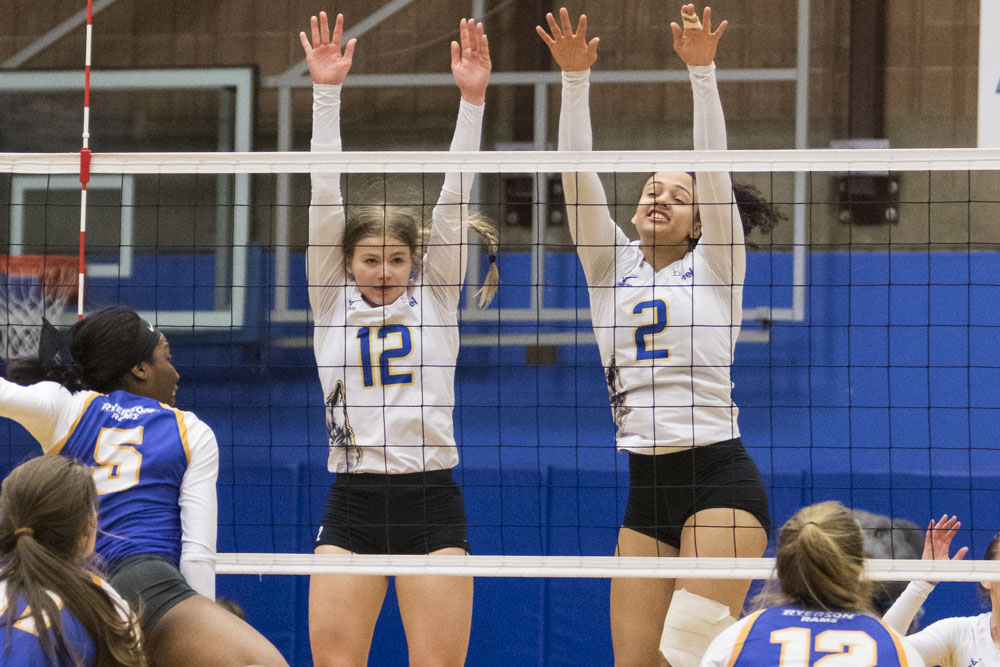 “Our team came out with a very good game plan, it took us a while to get settled but once we did we saw some very good things. We saw a lot of the things we have been working hard on have started to show in our match.”

The Thunderwolves got the first point of the match with a kill by Megan Nahachewsky, who finished the game with 6 kills, but the Rams quickly took the lead and won the first set 25-16.

Lakehead’s second set was much stronger than the first as they battled to earn 20 points before surrendering the set 25-20.

The third was like déjà vu for the Thunderwolves as Gillian Hansen made the first kill but ultimately lost 25-16.

“The box score does not fully reflect how the match went. It was exciting to watch the team compete against such a talented team,” said Barclay.

“This is a great starting point for us but we have a lot of work to do. We will see if we can continue the execution in our next match against Trent.”

The Thunderwolves will play their second game of the three-game road trip against the Trent Excalibur Saturday night at 5:00 pm.

Despite being far from home the Thunderwolves weren’t alone in the Coca-Cola Court. In attendance, cheering on the volleyball team, was a group of Lakehead University Alumni.

“We would like to thank the alumni association and all alumni who showed up to our match. It was so great to see them in the crowd,” said Barclay.

“They did a great job of making us feel at home.”