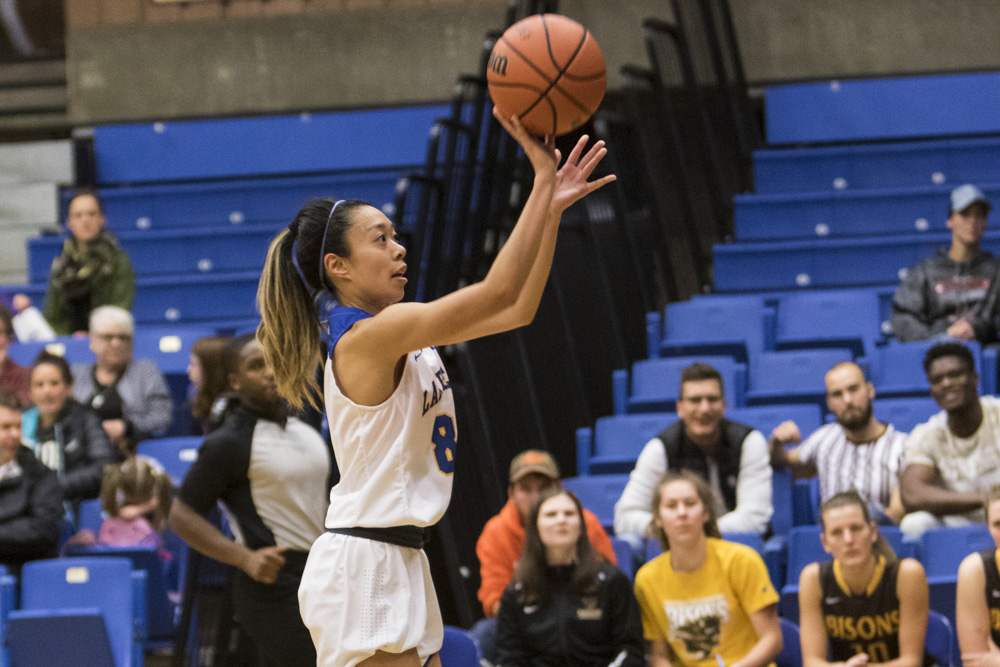 The Lakehead Thunderwolves women’s basketball team fell 78-58 to the Winnipeg Wesmen in their final game of the Bob FM Shootout on Sunday, Oct. 13.

“I felt we had a good warm-up and came out to play,” said head coach Jon Kreiner.

“Winnipeg is a very good team and when we started to make mistakes Winnipeg made us pay for them. We need to continue working on ball and player movement and containing the ball.”

The Thunderwolves fell behind 11-14 late in the first quarter and were unable to catch the Wesmen, who held onto the lead for the rest of the match.

Thunderwolves guard Nikki Ylagan led the team with 16 points. Sofia Lluch and Charlotte Clifford both finished the game with 7 rebounds.

On the other side of the court, Robyn Boulanger led the Wesmen with 17 points.

The Thunderwolves will be back in Thunder Bay next weekend for their last preseason games, as they host the Memorial Sea-Hawks, the Winnipeg Wesmen and the Algoma Thunderbirds.