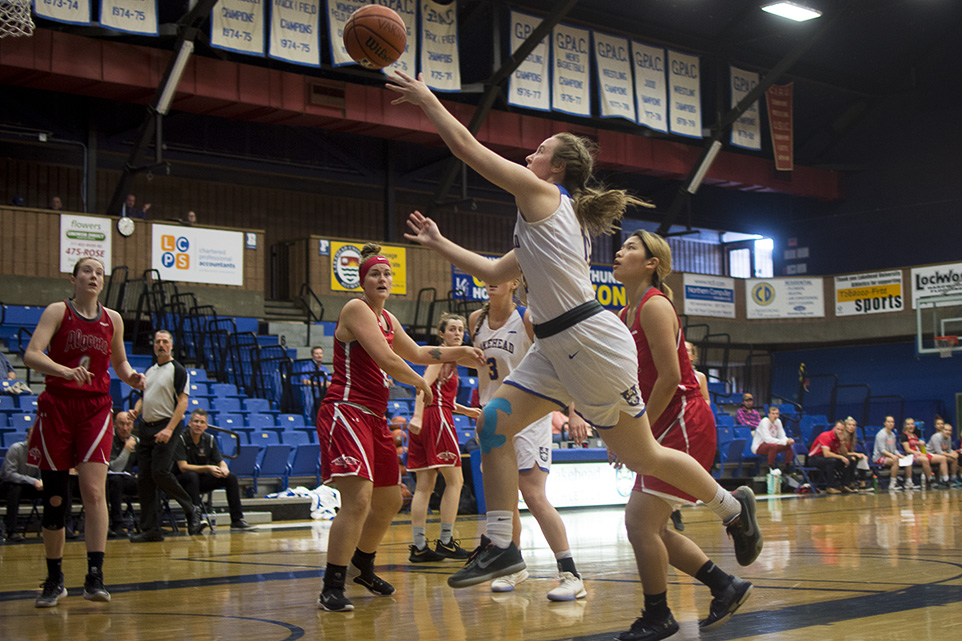 “We grinded out a win by taking care of the ball and working hard on defence.”

Algoma’s Karly Fracalanza led the Thunderbirds in scoring with 14 points, while Sawyer Fisher finished with 10 rebounds.

“Kate McPhail was very good for us today and I was proud to see her step up,” said Kreiner.

“We now need to get ready for OUA league play as we open up against McMaster at home next weekend.”

The Thunderwolves will face the McMaster Marauders on October 25 and 26 to kick off the OUA regular season.