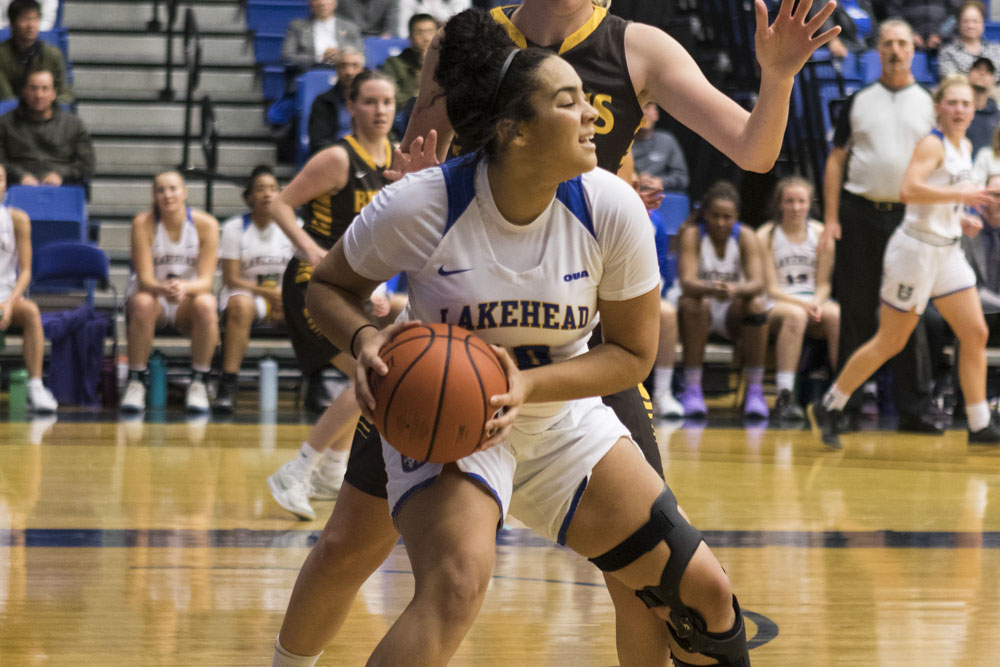 The Lakehead Thunderwolves women’s basketball team will be back in the Fieldhouse this weekend to host the Lakehead Women’s Basketball Tournament.

The Thunderwolves will be playing games Friday, Saturday and Sunday as they host the Memorial Sea-Hawks, Winnipeg Wesmen and Algoma Thunderhawks.

“We have our final three pre-season games this weekend as we host a strong mix of teams in Winnipeg, Memorial and Algoma,” said head coach Jon Kreiner.

The Thunderwolves’ first game, on Friday, Oct. 18, will be played against the Sea-Hawks. The Memorial team, coached by Mark English, has gone 2-2 this preseason. English is returning to Lakehead for this first time since his time as an assistant coach for Scott Morrison and the Thunderwolves.

“They like to attack the paint and have some good shooters. Haille Nickerson has been their top player so far this year as several of their starters from a year ago have graduated.”

On Saturday, Oct. 19, the Thunderwolves will be looking to get revenge and a win from the Winnipeg Wesmen. The Wesmen are 5-0 so far this preseason after they defeated the Wolves’ at the Bob FM Shootout just last weekend.

“Winnipeg has come out strong this year and looks to be a strong contender for USports top 10,” said Kreiner.

“They have length and athleticism and use it well in transition and defensively. They also have a potential All-Canadian in Faith Hezekiah.”

“Algoma has a couple of wins against Laurentian and Nipissing this preseason and have much of their top personnel back and had a solid recruiting class,” said Kreiner.

“We would like to see  our play over 40 minutes improve with a consistent ball and player movement and defensive ball containment.”

See the full tournament schedule below.