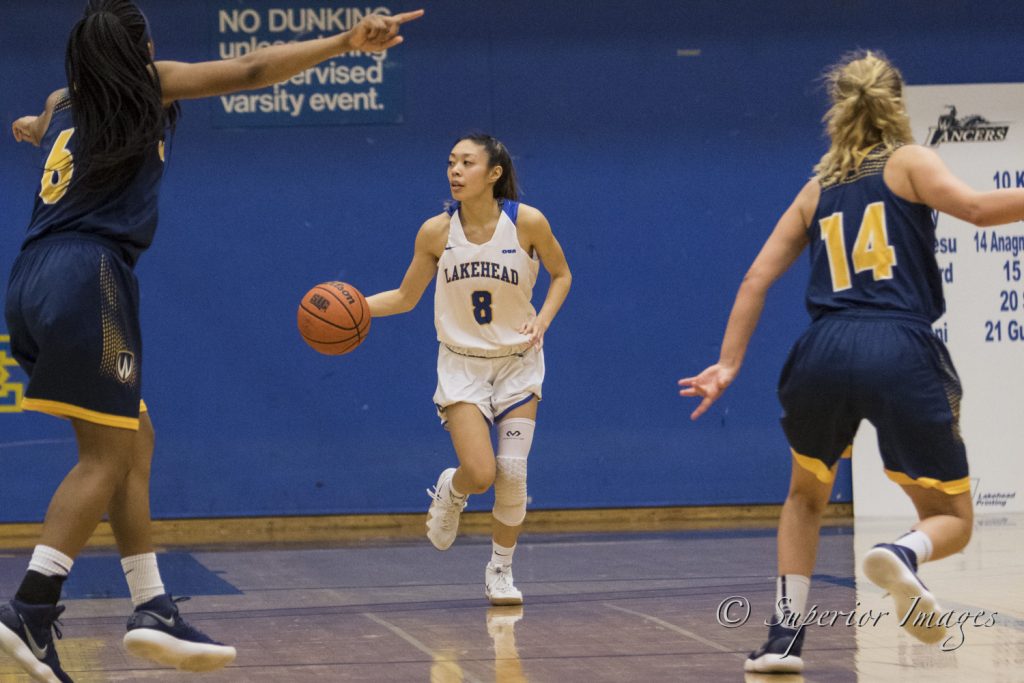 The Lakehead Thunderwolves basketball teams will play their final regular-season road trip this weekend, travelling to London, ON and Windsor, ON to face off against the Western Mustang on Friday and the Windsor Lancers on Saturday.

The Thunderwolves women’s team has gone 8-2 against the Mustangs in the past ten years and have finished on top of the past four games. The Mustangs, who recently fell on the losing side of a close 85-79 battle against the Carleton Ravens, are 16-3 this season.

“Western is one of the tallest and most skilled teams in the country. They start four players over 6 feet tall and their 5-7 point guard is one of the best players in the OUA,” said Kreiner.

“Transfer post Rachel Fradgley and forward Elizabeth Leblanc have elevated Western’s level of play this year and they will be a very tough match-up for us.”

Historically the Lancers, who are 16-8 this season, have dominated the series against the Thunderwolves, winning nine of their past 10 matchups. The Thunderwolves will be looking to change that this weekend.

“Number seven Windsor is a potential first-round playoff match-up (if the playoffs started today twelveth seed Lakehead would travel to fifth seed Windsor on Wednesday, February 19). Windsor is a very tall, tough and athletic team that is very physical on both ends of the floor,” said Kreiner.

“Our focus this weekend will be to continue to play at a high, consistent level at both ends of the floor vs elite-level competition while getting our bench some much-needed experience.”

The Thunderwolves men’s team remains ranked fifth in the country and will also start their road trip by facing the Mustangs. The Western squad is 13-6 so far this season and holds a slight lead historically against Lakehead. The Thunderwolves have gone 4-6 against the Mustang but have won the last two meetings.

“This weekend we have two good teams to face off against in Western and Windsor,” said men’s basketball head coach Ryan Thomson.

“Western is a tough team who plays fast and can get hot from 3. We have to be disciplined and play together.”

The Thunderwolves’ first games are set for Friday against Western, the women will start at 4:00 pm and the men will follow at 6:00 pm.