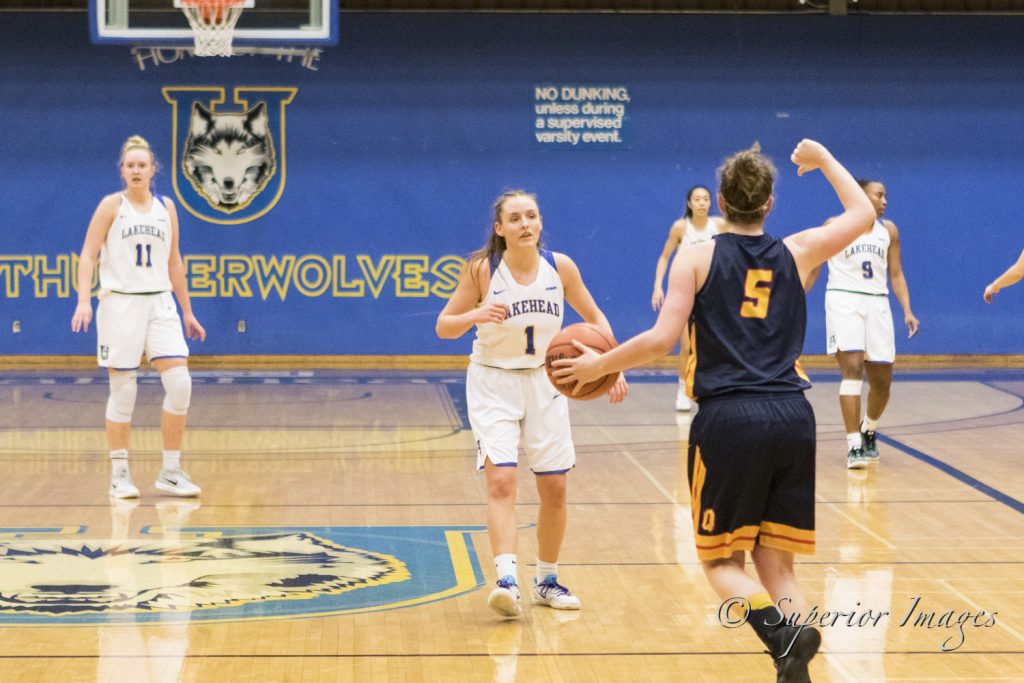 The Lakehead Thunderwolves are set to play their final games of the OUA regular season this weekend as they host the Ontario Tech Ridgebacks on Friday, Feb. 14th and the Queen’s Gaels on Saturday, Feb. 15th.

Both Thunderwolves teams will be looking to bounce back from last weekend’s back-to-back losses.

The Thunderwolves will start their weekend facing off against the Ridgebacks, with the women’s teams taking to the court at 6:00 pm and then the men’s game scheduled to start at 8:00 pm.

“We have two huge games this weekend at the Thunderdome that conclude our OUA regular season. We can potentially secure the final playoff position with a win this weekend and we will look to do that on Friday vs Ontario Tech,” said women’s basketball head coach Jon Kreiner.

“OT is a very young team but they have grown as a team and are playing their best ball right now. They recently beat Waterloo by seven and had a heartbreaking loss to Laurentian at the buzzer. They have great size and athleticism and get to the free-throw line more than any team in the OUA. We will need to play smart, disciplined defence and protect the paint.”

New to the OUA this season, both Ridgeback teams have gone 1-19. The Ridgebacks women’s team lone win came against the Waterloo Warriors, while the Ridgeback’s means team picked up their win against the Algoma Thunderbirds.

The Thunderwolves will also host Thunder Bay Pride for Embrace Your Pride night on Friday.

On Saturday the Thunderwolves will honour their graduating seniors Nikki Ylagan, Kielly McDonough, Lily Gruber-Schulz, Isaiah Traylor and Kevin Ndahrio before the start of their respective games against the Queens Gaels.

“Queens is a very big team that has a lot of skill, size and experience. They have been ranked in the top 10 all year and currently sit at the 11th ranked spot in the nation,” said Kreiner.

“We will need to handle their size, value the ball and be ready to work hard on the defensive boards. Saturday is also seniors night where we will say goodbye to graduating seniors Nikki Ylagan, Kielly McDonough and Lily Gruber-Schulz.”

The Thunderwolves women’s team has gone 5-7 against the Gaels in past seasons and will face off at 6:00 pm on Saturday. The Gaels have a 13-7 record this season and will be looking to build upon a four-game winning streak.

The Thunderwolves men’s team will take to the court at 8:00 pm and have a record of 5-6 against the Gaels, who are also 13-7 this season.

“Coach Francis has Ontario tech improving every week and playing teams tough. Coach Barrie has queens playing as well as anyone in Ontario. They share the ball, cut with purpose and defend physically.”

Heading into this weekend’s games, Lakehead’s Lock Lam only needs six more blocks in order to set a new Lakehead record for most career blocks and will be a player to watch.