Thunderwolves set to take on nationally ranked Carleton and Ottawa 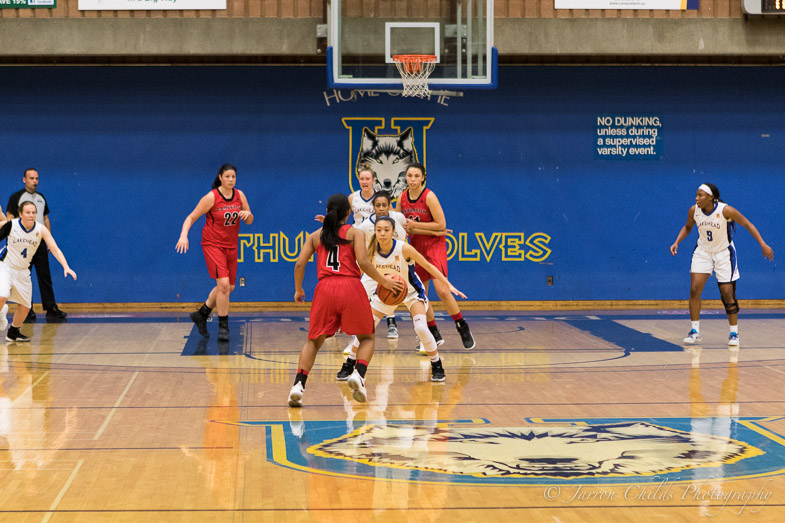 The Lakehead Thunderwolves men’s and women’s basketball team will travel to Ottawa, ON to face the Carleton Ravens and the Ottawa Gee-Gees this weekend.

The Thunderwolves women’s team will face off against the Raven’s on Friday, Nov. 22 and will play the Gee-Gees on Saturday, Nov. 23. Both games are scheduled to start at 6:00 p.m.

“We have a very tough task headed to Ottawa to play Carleton and Ottawa back to back,” said women’s head coach Jon Kreiner.

“Carleton is third in the nation and Ottawa fourth and they both make it very difficult to score. Both teams play a hi/lo game with very tough post players and both are very good in transition.”

The Ravens are currently ranked third in the U SPORTS top ten teams and have a 5-1 win-loss record this season. The Thunderwolves, who are currently 1-7, have gone 3-2 against the Ravens in the past five seasons.

The Gee-Gees are ranked fourth in U SPORTS and are 4-2 so far this season. They lead the Thunderwolves 4-2 in the past five years of match-ups, including playoff games.

The last time the Thunderwovles faced the Gee-Gees was in the semi-final match-up of the 2018-19 OUA playoffs that ended Lakehead’s season.

“We will be down in numbers this weekend and will be looking to really take care of the ball, slow the game down and control the tempo,” said Kreiner.

“We will need to shoot the ball well, play hard as a team on offence and play with a lot of energy.”

The Thunderwolves men’s team, who remain in the U SPORTS top ten ranked in eighth place, will face off against the Ravens on Nov. 22 and the Gee-Gees on Nov. 23 after the women’s game at 8:00 p.m. on both nights.

“This week will be a good test against two of the best teams in the country in Carleton and Ottawa,” said men’s head coach Ryan Thomson.

“Both teams are physical, disciplined and rebound the ball well.”

The Ravens have a 6-0 record so far this season and are ranked as U SPORTS top team. In their past five matchups, the Thunderwolves went 0-5 against the Ravens and will be looking to break that streak this weekend.

“If we’re able to execute, take good shots and string together some stops we should be able to be in another grind it out type of game.”

The women’s games will start at 6:00 p.m. and the men’s teams will play at 8:00 p.m. on both days. Thunderwolves fans can find the games on OUA.tv.