Thunderwolves suffer from a slow start 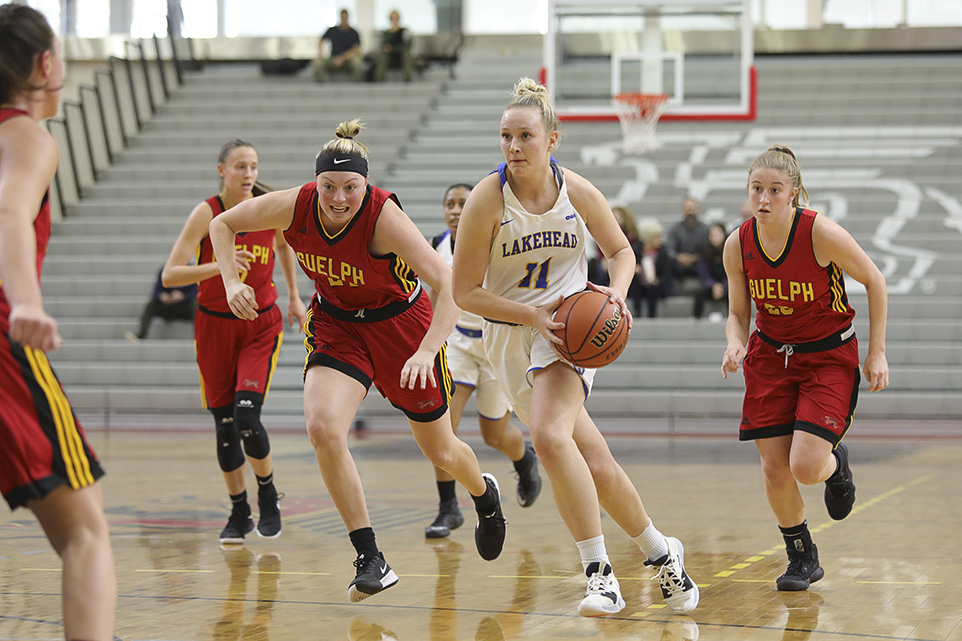 A slow start would end up costing the Lakehead Thunderwolves women’s basketball team during their Sunday afternoon matchup against the Guelph Gryphons.

After falling behind 28-13 in the first, the Thunderwolves buckled down to fight their way back into the game. They won the second quarter 18-14 and tied the third 19-19, but it wasn’t enough as the Gryphons walked away with the win 79-65.

“A really sluggish start for us today. Tough road trip but I am very proud of our fight after a very slow start,” said head coach Jon Kreiner.

“We got the game to eight twice including with 7.5 mins left but two late back to back threes put it away for Guelph.”

Sofia Lluch led the Thunderwolves with 18 points, five assists and four rebounds, while Tiffany Renyolds was right behind her with 15 points, six assists and five rebounds.

“Sofía continued her exceptional play while Tiffany has another great game,” said Kreiner.

“Our guard play was solid today with 18 assists combined with Nikki leading the way with seven assists.”