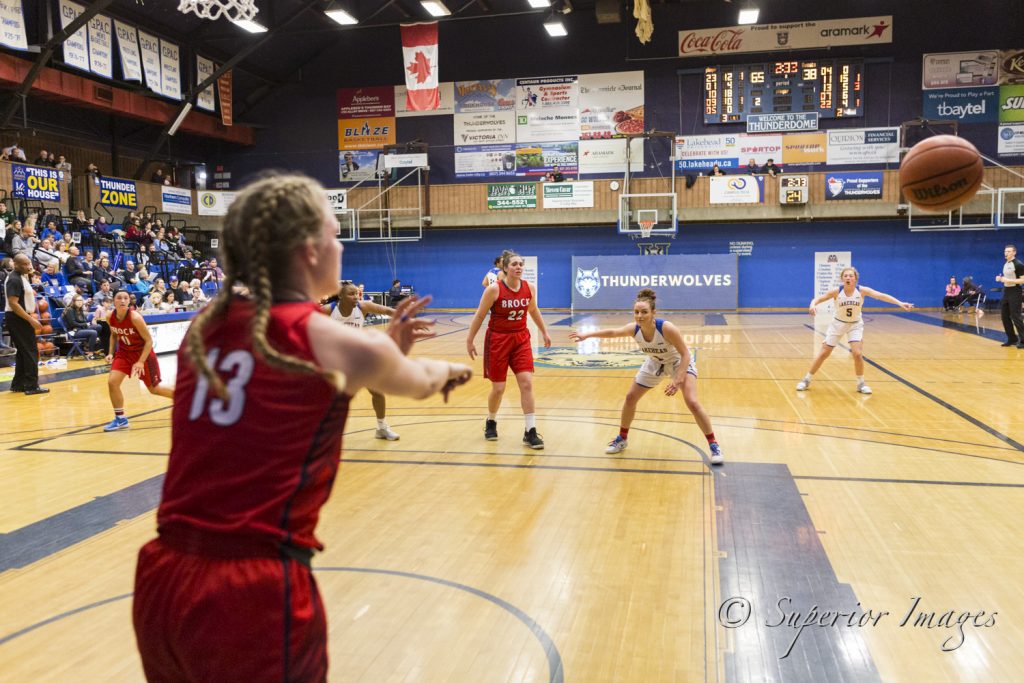 The Thunderwolves fell behind early, finishing the first quarter down by 10. By the start of the fourth quarter, the Badgers had a 20 point lead.

“We had a great day of preparation and we felt ready but it was one of those games that just gets away from you,” said head coach Jon Kreiner.

“We looked really slow and out of sync and we allowed Jessica Morris to really get going in the first half. We struggled to score in large stretches this weekend putting huge pressure on our defence.”

Morris led the Badgers with 19 points. Right behind her was Melissa Tatti with 15 points and Kristen Gallant with 10. Sam Keltos played a huge defensive role for the Badgers, finishing the game with 12 rebounds.

On the Thunderwolves side, Lily Gruber-Schulz led the team with 11 points and 7 rebounds. First-year Kate McPhail finished with 10 points and four rebounds and right behind her was Nikki Ylagan with 8 points.

“It was great seeing rookie Kate McPhail play well for us in the second half and Lily battled hard for us through some sickness without ever quitting,” said Kreiner.

The Thunderwolves will be on the road again next weekend as they travel to Ottawa to face the Carleton Ravens and the Ottawa Gee-Gees.