The Thunderwolves men’s and women’s basketball teams will face the Algoma Thunderbirds in a doubleheader this upcoming weekend in the Thunderdome. 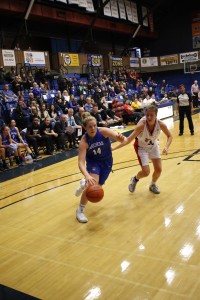 The T-Wolves are coming off a positive weekend at the BOB FM Shootout where they went 3-0 taking down Winnipeg, UNBC and Manitoba. Leashja Grant led the Thunderwolves with 25 points in the final game that helped name her the Tournament MVP.

“Home weekends are always great, especially at the Thunderdome! We have a chance to rest up and get our academics in order this week while completing the week with two games vs Algoma. Algoma is a good shooting, well-coached team that gave Carleton it’s only defeat last season. We will need to defend the line, rebound the ball and keep the pressure on offense.” – Coach Jon Kreiner

Algoma (0-4) has played some tough competition in their pre-season so far including UofT and Concordia.

The men’s team is ready to get back on the court after a weekend off since their two-game sweep against Winnipeg during homecoming weekend. The T-Wolves took down the Wesmen 90-83 in the first game and 99-84 the following night.

“Our guys have been working hard in practice since our last games. This weekend gives us an opportunity to work on some more things and try to figure out rotations for when the regular season starts. Algoma is a very physical and resilient team. They compete every time they step on the floor. “- Coach Manny Furtado 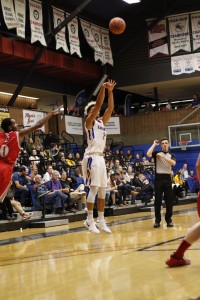 Games will be broadcasted on OUA.tv