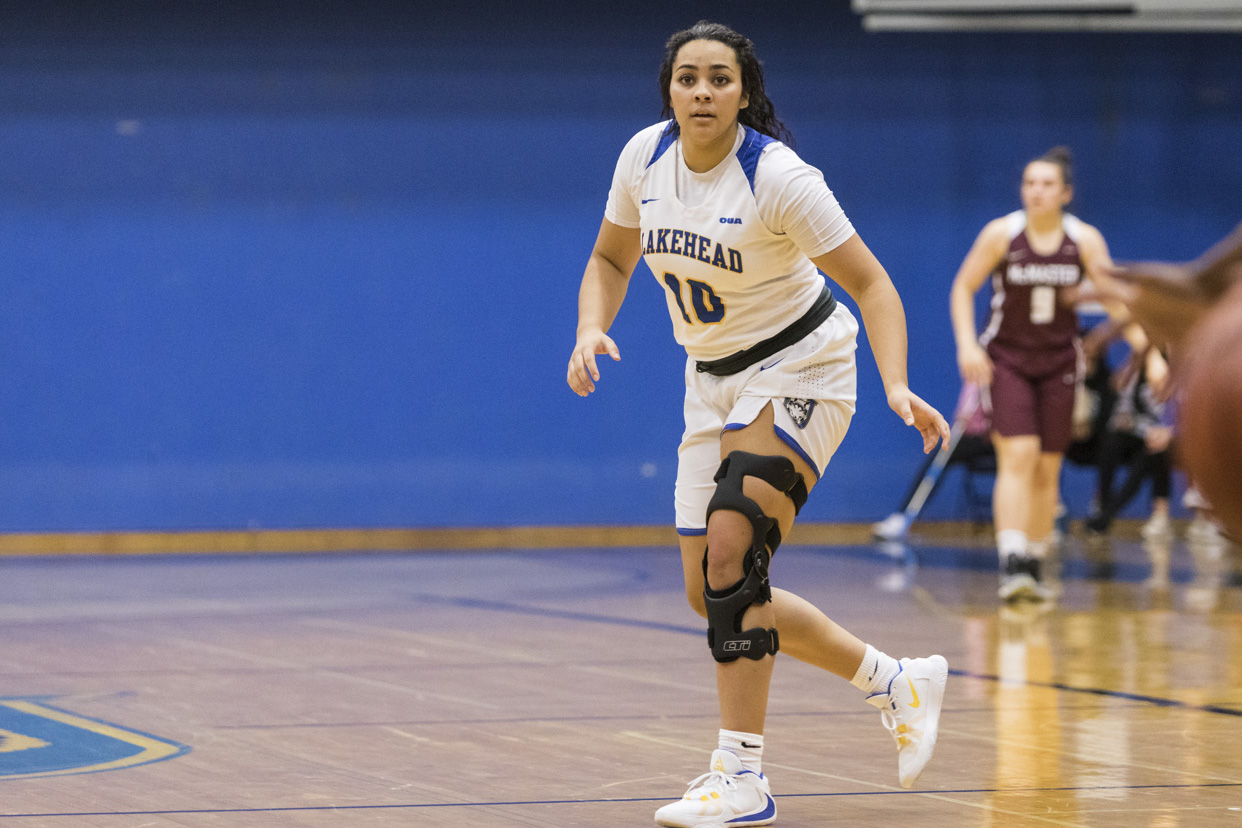 The Lakehead Thunderwolves women’s basketball team picked up their first win of the OUA regular season tonight, defeating the Waterloo Warriors 68-48 at the C.J. Sanders Fieldhouse.

With tonight’s win, the Thunderwolves have extended their winning streak against Waterloo to six games.

“It took us some time to get into our groove defensively but we stuck to our game plan, made some adjustments at half and created some great offence out of our defence.”

The Thunderwolves took the lead in the first quarter and were up 32-31 at halftime.

Lily Gruber-Schulz had a great game on both ends up the court, leading the Thunderwolves with 15 points and 11 rebounds. Forward Megan Looney also played a big role in Lakehead’s first win of the season, scoring 12 points on 8 attempts.

“Lily was phenomenal tonight with close to a triple-double and zero turnovers while Megan kept us in it early with her sharpshooting,” said Kreiner.

“Rookies Kate McPhail and Kaylah Lewis continue to play well for us and I was super proud of Kielly making plays (five assists and zero turnovers) when locked up defensively and playing great second-half defence.”

Lewis, along with Sofia Lluch, finished the game with 10 points.

Waterloo’s Sonja Matthews led the Warriors with 11 points, while defensively it was Azaliah Colquhoun leading the team with 8 rebounds.

Looking ahead to tomorrow’s game against the Laurier Golden Hawks, Kreiner said the Wolves will have to work on having a more consistent transition defence.