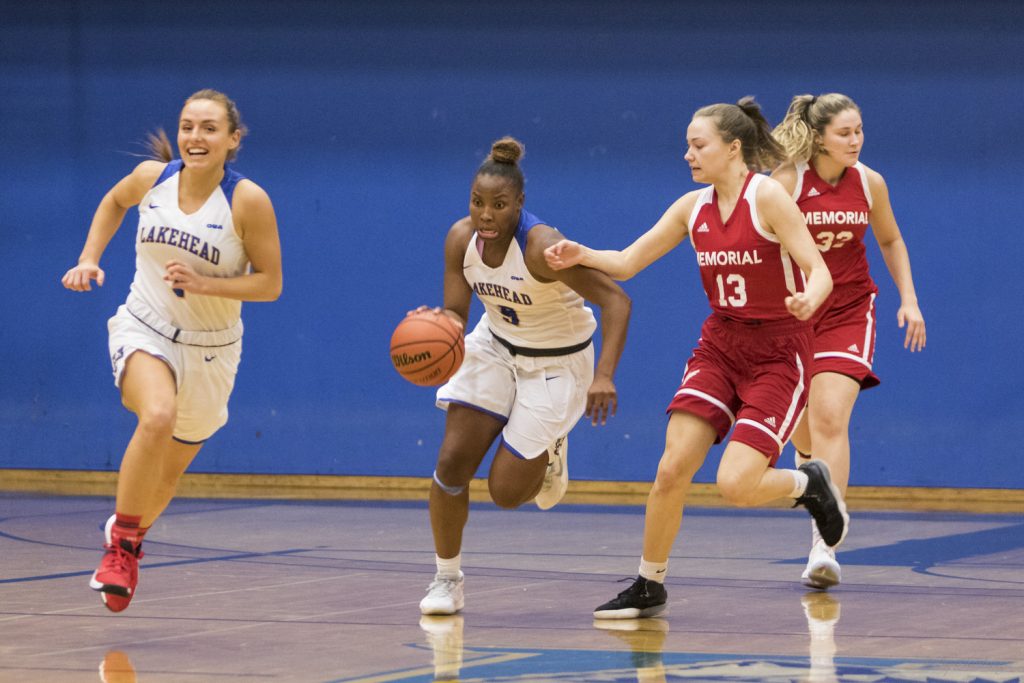 The Lakehead Thunderwolves women’s basketball team pulled out their second win of the weekend Saturday night against the Winnipeg Wesmen.

The last time these two teams met, it was the Wesmen who came out on top. This time the Thunderwolves took the win, 67-64.

“It was a great team effort tonight. We had a tremendous will to win,” said head coach Jon Kreiner.

“Winnipeg is a very tough challenge for us but we found a way to battle all game. We had some great performances all around but I was particularly impressed with Kielly McDonough’s toughness on defence and her four timely threes were huge for us.”

Nikki Ylagan led the Thunderwolves with 15 points, although McDonough was right behind her with 12.

Tiffany Reynolds and Charlotte Clifford led the team defensively with a combined 16 rebounds, eight each.

The Thunderwolves will be looking for their third win of the weekend Sunday, Oct. 20 when they face the Algoma Thunderbird in a mid-day match up.