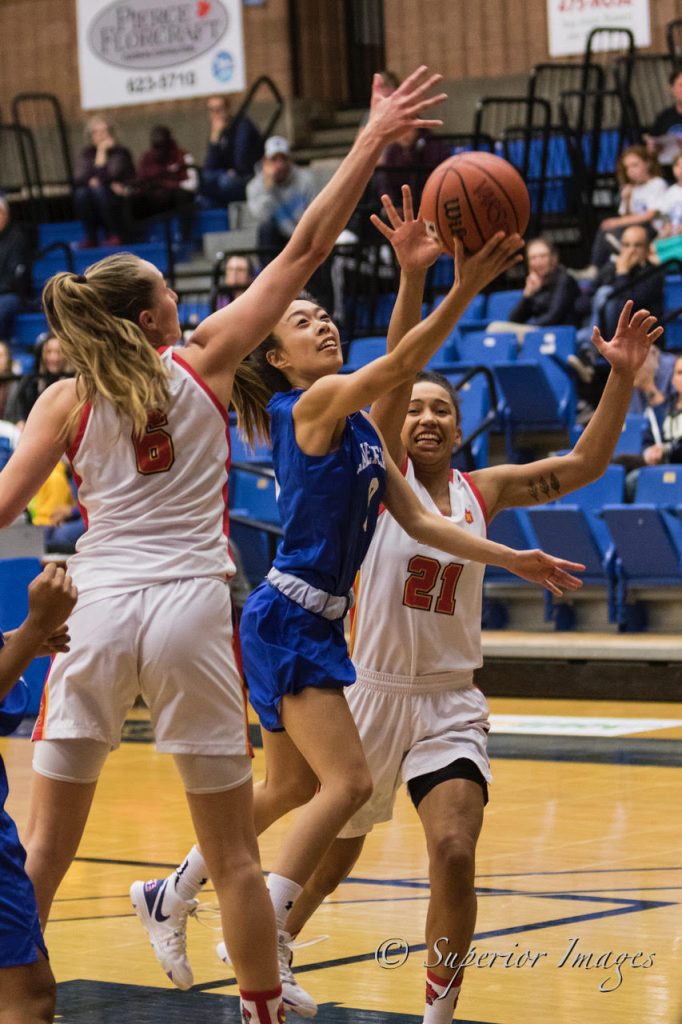 The Thunderwolves women’s basketball team had a strong start in their second game against the Calgary Dinos Saturday night but ultimately lost 72-37.

“We had a much better start tonight and we handled pressure, for the most part, much better than we did yesterday,” said Jon Kreiner, head coach of the Thunderwolves.

The Lakehead squad got up 7-2 and then 13-5 early in the first quarter, and led the Dinos 15-13 as they headed into the second, but struggle against the Calgary team as the game went on.

“Calgary went very small and gave us fits in the second quarter and we couldn’t make them pay by getting the ball inside,” said Kreiner.

Once again Nikki Ylagan led the Wolves with 3 field goals. On the defensive side, Charlotte Clifford finished the game with 9 rebounds. Tianna Warwick was right behind her with 3 offensive and 5 defensive rebounds.

“Overall this was a very good learning experience for our young squad and we will need to take that experience and get ready for Manitoba next Thursday at home,” said Kreiner.

Catch the women’s basketball team back in action against the Manitoba Bison Oct. 3 and 4 during Homecoming weekend!