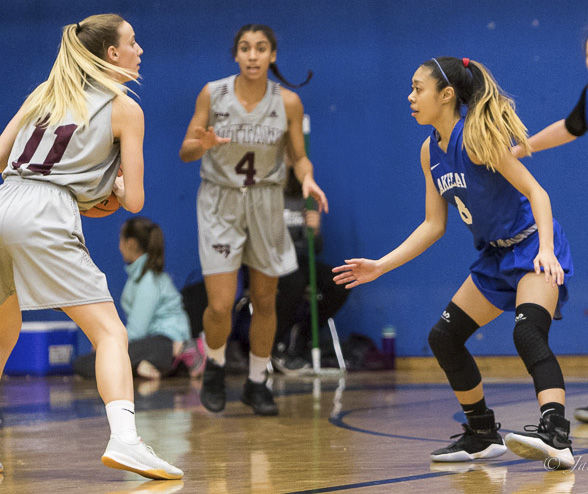 The Lakehead Thunderwolves women’s basketball team suffered a 76-46 loss to the Ottawa Gee-Gees in Ottawa on Saturday night.

Despite trailing at the end of every quarter, the Thunderwovles managed to keep the first half close and were only down by 12 points as they entered the third quarter.

The Thunderwolves finished the game with 22 turnovers, with the Gee-Gees managed to grab 13 steals.

“Turnovers and sloppy play for major stretches have been our Achilles heel but we had some good moments tonight and I think our team knows what it takes to be successful, we just need to find consistency.”

Off the court the Thunderwolves once again found themselves playing in front of a crowd of their own fans, despite being so far from home.

“It was another very successful Alumni engagement event tonight at Ottawa with over 70 Alumni we supporting the Lakehead women’s and men’s basketball teams,” said Kreiner.

“Our players love seeing the blue and gold in the stands supporting them! We had a whole section tonight!”

Thunderwolves fans in Thunder Bay will have a chance to catch the team in action at home next weekend when they host the York Lions.

“We are looking forward to coming home to play our last two games of 2019 before the exam break,” said Kreiner.