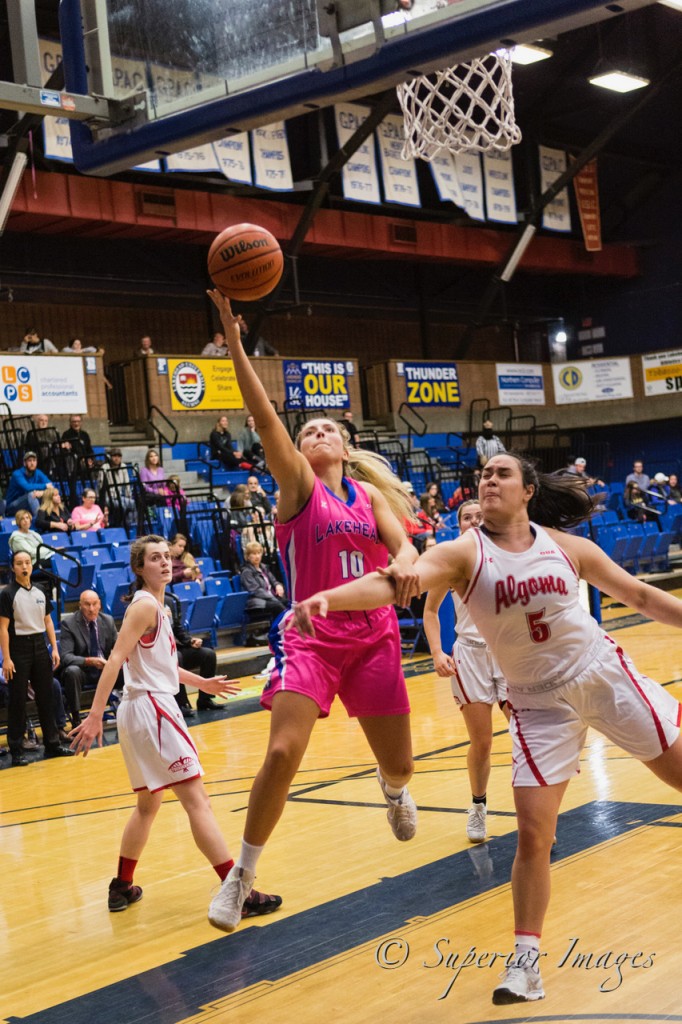 The Thunderwolves women’s basketball team began their Saturday-night rematch with Algoma with a stumble, but they finished strong, winning 81-60. Lakehead now sits at 2-0 in regular season play, and has beaten Algoma in four total games, including preseason play.

Leashja Grant helped the Thunderwolves control both the boards and the scoring margin, finishing with 26 points and 18 rebounds in 26 minutes of play. Grant’s points, however, were hard-earned, as Algoma’s defensive adjustments included much more aggressive double teams. She shot 8-21 from the floor. “[Algoma head coach] Vetrie made some good adjustments,” Thunderwolves head coach Jon Kreiner said, “but we need to learn what focus we need to play with to be the team we want to be.”

“Leashja wasn’t her best tonight,” Kreiner continued, “but she was a force, and Sofia [Lluch] and Karissa [Kajorinne] had a great second half.” The two combined for 22 combined points, hitting 9 of 16 shots from the floor.

Algoma began the game aggressively, out-scoring the Thunderwolves 17-13 in the first quarter, but Lakehead had gained a 36-28 lead by half, and didn’t let up.

The Thunderwolves travel to Nipissing and Laurentian next weekend, for games on November 2nd and 3rd respectively. They return to the Thunderdome for their next home matches on November 23rd and 24th.

All away games will be available online via OUA.tv 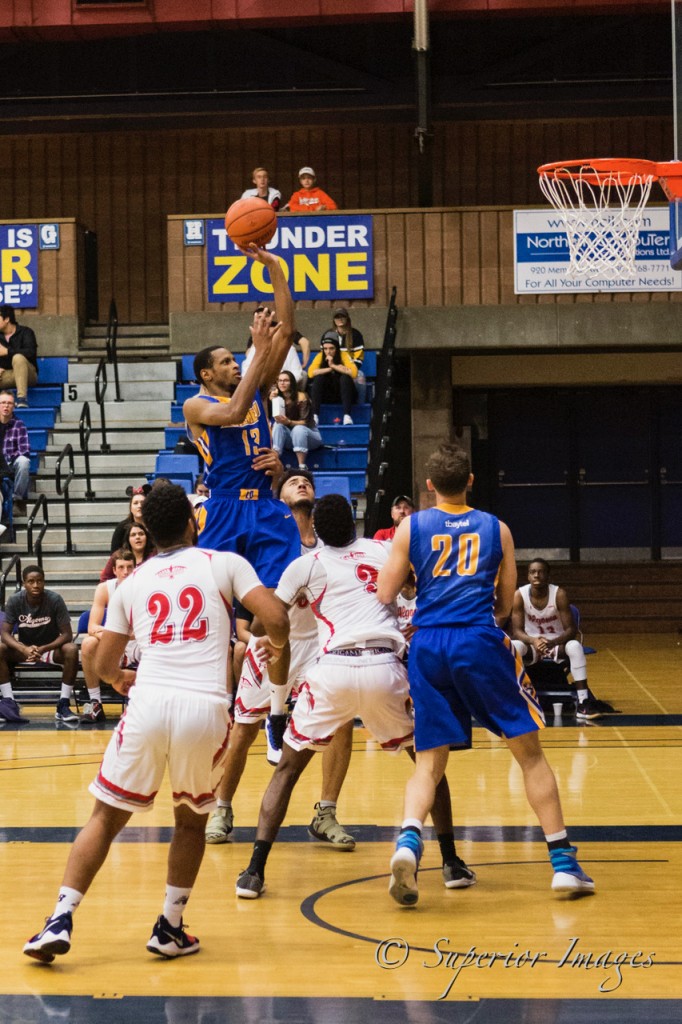 The Lakehead squad avenged their Friday-night loss on Saturday, pulling away from Algoma to a final score of 90-76. Davarius Wright led all scoring with 28 points on 11-22 shooting, including 5 hits from downtown. The Thunderwolves now sit at 1-1 on the season.

“Tonight, we showed better effort, energy, and unselfishness from the tip,” Thunderwolves head coach Ryan Thomson said. “I was impressed with the way our guys responded. I was hard on them last night and this morning. It’s an encouraging sign in a long season.”

The game was again a defensive struggle early, but Lakehead ended the first frame with a slim lead, up 19-18. Algoma managed to retake the lead in the second quarter, ending the half with a 37-34 advantage, but the Thunderwolves pulled away in the second half.

The Thunderwolves certainly improved their game in the second night of the doubleheader, shooting 46% from the floor in the win after shooting 31% in the previous night’s loss. Lakehead scored as a team, dishing out 20 assists in the win, with 11 different players scoring.

The Thunderwolves travel to Nipissing and Laurentian next weekend, for games on November 2nd and 3rd respectively. They return to the Thunderdome for their next home matches on November 23rd and 24th.

All away games will be available online via OUA.tv