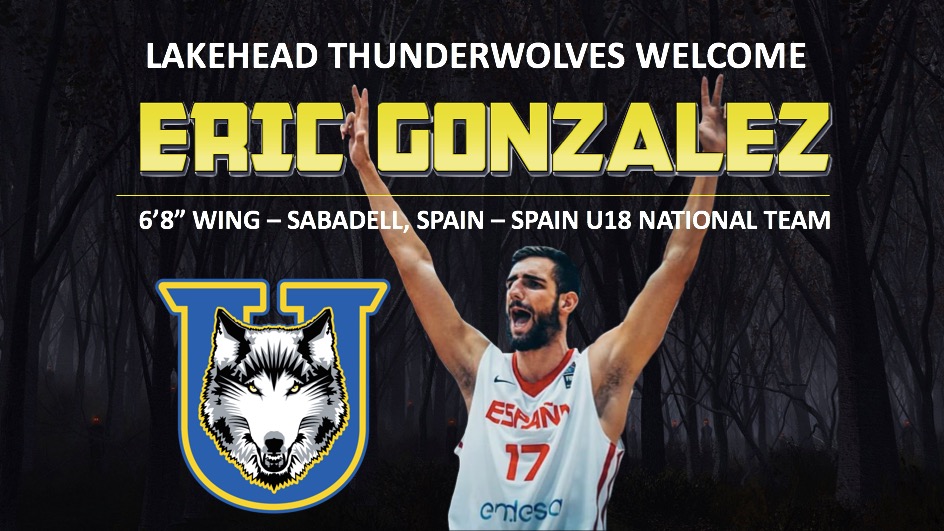 The Lakehead University basketball team is pleased to announce that Eric Gonzalez from Sabadell, Spain has committed to the Thunderwolves.

Gonzalez is 6’8 who spent this past year at Gannon University as a redshirt. Previously Gonzalez has competed at the international level for Spain during the 2017 FIBA U18 European Division A Championship.

“Eric gives us a great deal of versatility and size up front,” said head coach Ryan Thomson. “He shoots the ball at a high level, brings some toughness for us as well as an understanding of what it takes to win and compete at a high level.”

Assistant coach Matt Erdman said “Eric’s ability to shoot the three will really help us space the floor next season. He has a solid feel for the game and brings a wealth of FIBA experience having already played a very high level.”

Gonzalez, who will be joining the LU electrical engineering program, said he is looking forward to attending Lakehead University.

“Lakehead is a great program to keep growing as a player to reach my ultimate goals. I’m also able to pursue a degree that I’m keenly interested in.”