“We had our chances tonight to come up with the win but didn’t make enough plays when it counted most.”- Coach Furtado

Lakehead didn’t start the way they had hoped, falling 13-6 at the end of the first quarter.

Henry Tan dropped 12 points in the second quarter, boosting the momentum of his team and putting them up 31-28 going into the half.

During the third quarter, the Marauders out scored the ‘Wolves 23-18 and Lakehead was down 51-49 going into the fourth quarter.

Both teams were back and forth for most of the fourth quarter. With 2 seconds left, Dinkins tied the game 71-71 putting it into overtime.

Lakehead was right there with McMaster during overtime, but in the last minute, McMaster hit some important free throws, putting them up 6 and ending the game.

Dinkins led the team with 18 points, 11 rebounds and Mor Menashe had 17 points, 7 assists and 5 steals. Henry Tan and Darnell Curtain put up 14 and 15 points each respectively. 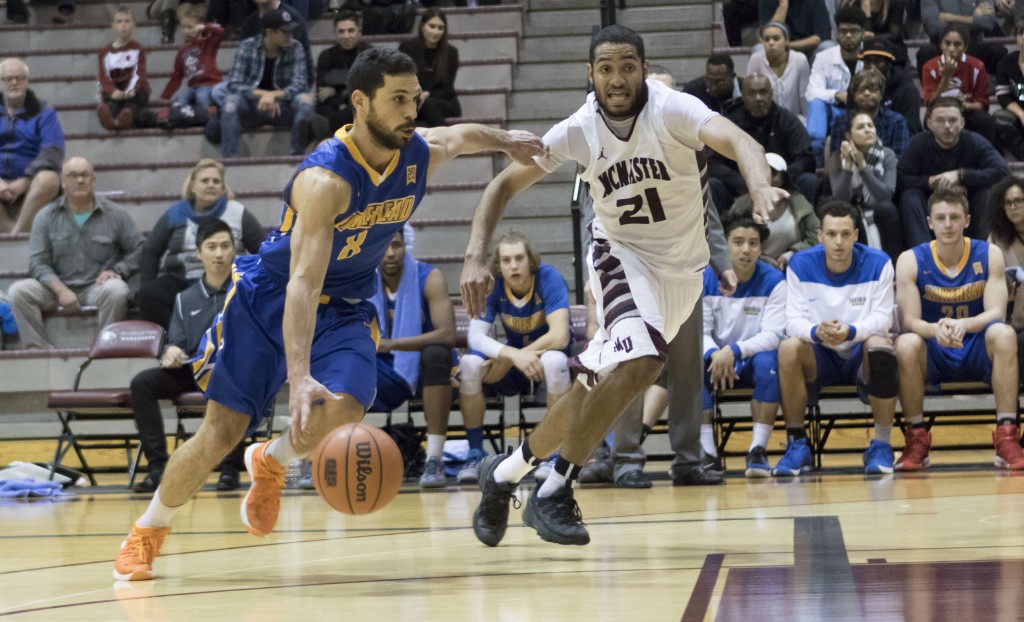 The ‘Wolves were 52% from the free throw line compared to McMasters 79%.

Lakehead will face McMaster again tomorrow at 8:00pm in Hamilton.