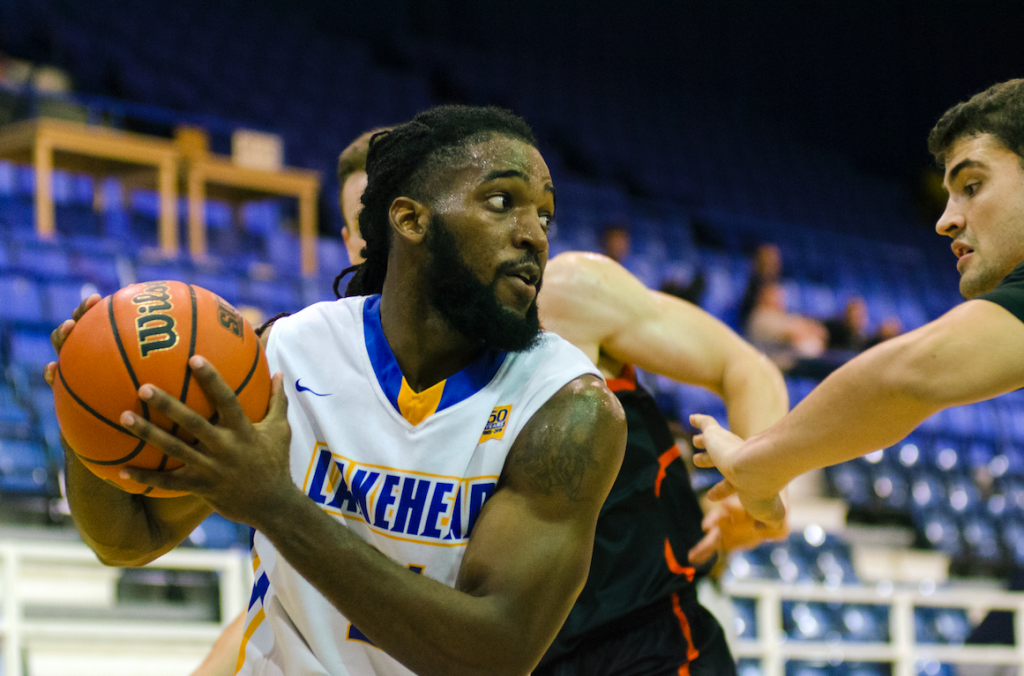 The ‘Wolves started out slow tonight with the WolfPack going on a 15-3 run in the first 5 minutes. Lakehead finished the quarter down 24-13. The men were able to pick it up in the second quarter outscoring the WolfPack 16-10 and bringing it to a 5-point game going into the half at 34-29.

During the third quarter, the men slowly chipped away at the score. Bacarius Dinkins dunked the ball bringing it within 4 followed by a WolfPack turnover and layup by Henry Tan. In the last minute, Tan hit two free throws making it a 1-point game (49-48) at the end of the quarter.

At the beginning of the fourth, the ‘Wolves took the lead slightly for a few moments but the WolfPack took over for the rest of the game. Lakehead was able to keep it close, but was unable to stop Volodymyr Iegorov from scoring 12 points in the fourth quarter.

Alex Robichaud hit a big three with 30 seconds left making it a three-point game. In the end, the WolfPack was able to make important free throws, and the T-wolves missed last opportunity shots losing the game by 5.

“Defensively we didn’t execute the game plan tonight. Add one of the worst shooting performances of the year so I’m not surprised of the outcome”, commented Coach Furtado.

Lakehead was 23-66 from the field and 50% from the free throw line compared to TRU’s 75%. Alex Robichaud was 5-8 from beyond the arc and the leading scorer for the ‘Wolves with 15 points. Mor Menashe had 13 points, 4 assists and 3 steals. Bacarius Dinkins and Henry Tan contributed 11 and 10 points respectively.