The Lakehead Men’s Basketball team lost their second game of the weekend to the UNBC Timberwolves 82-78.

Lakehead came out strong in the first quarter with Bacarius Dinkins being 5-7 from the field. Darnell Curtin hit a 3 at the end of the quarter putting the Thunderwolves up 26-14.

During the second quarter, Lakehead went up 19-points, giving them their biggest lead of the game. UNBC was able to turn it around going on a 9-0 run at the end of the quarter, outscoring the Thunderwolves 20-15 in the entire quarter. Lakehead finished the half up 41-34.

Lakehead continued to lose their momentum from the first quarter. UNBC was able to bring it down to a 4-point game by the end of the third at 62-58. The Timberwolves eventually took their first lead of the game with 2 minutes left in the fourth quarter. UNBC was up 4-points with 30 seconds left when Wais Mohamed hit a big 3 making it a 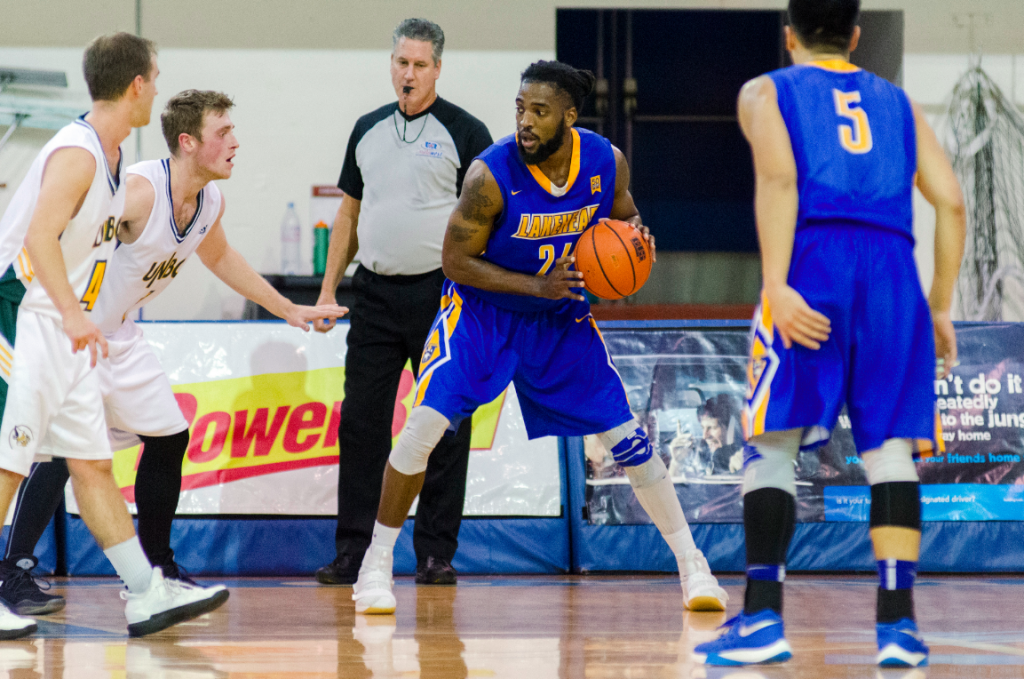 1-point game. At that point, it came down to free throws, where UNBC was able to capture the win.

Bacarius Dinkins led the Thunderwolves with 24 points and 6 rebounds. Henry Tan also played well with 21 points. Lakehead struggled from the field again being 43% but improved on their free throws from last night scoring 14-19.

However, UNBC went to the line much more than Lakehead being 31-38.

Tyrell Laing was the leader for UNBC scoring 22 points.

“Defensively we are not getting it done and offensively were not making good decisions. The only good thing is this is still non-conference and we have one more game, versus a top 5 team in the country, tomorrow to get on the right track” – Coach Furtado

The men will play their last non-conference game against UBC tomorrow at 7:00pm (PDT)