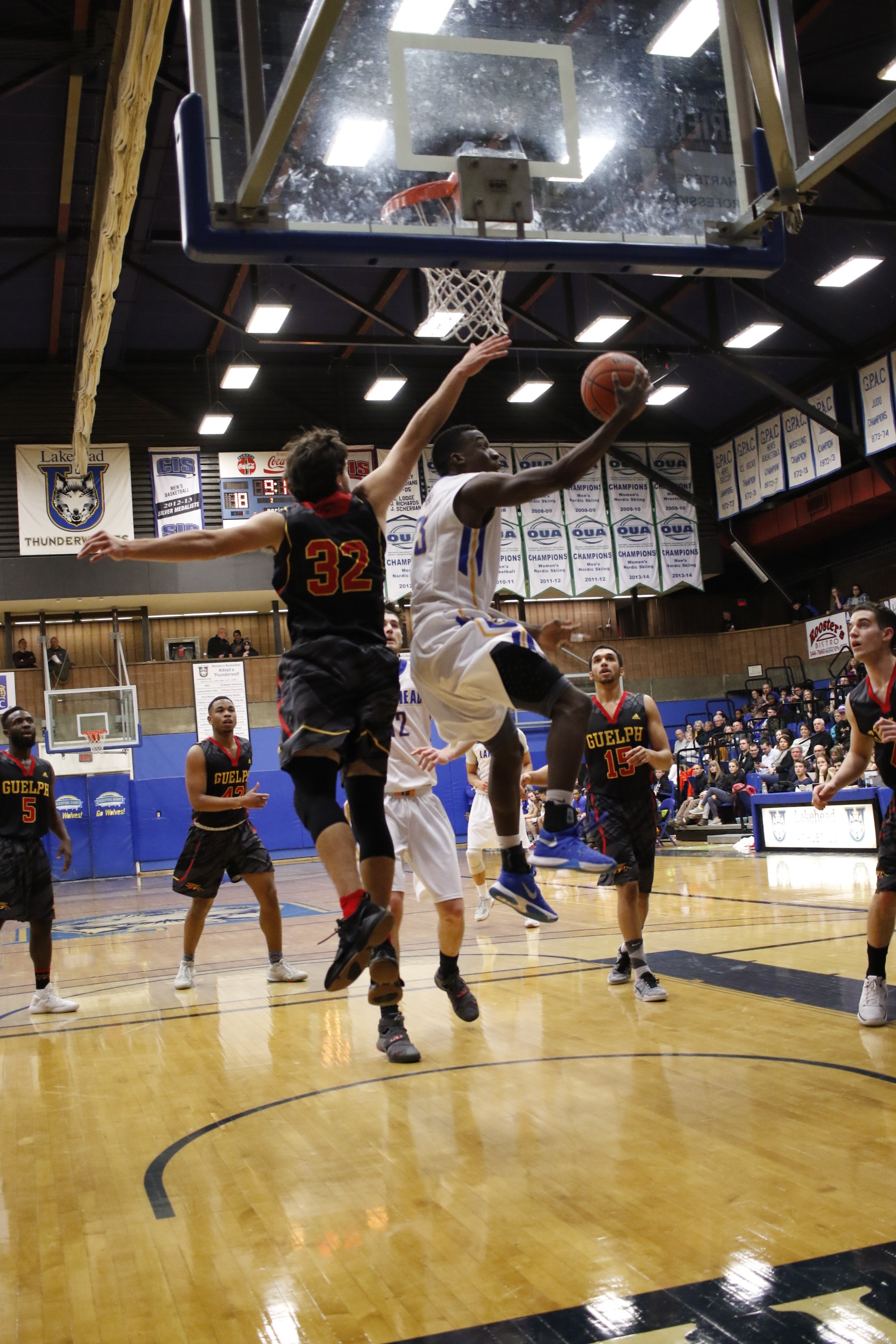 The Lakehead men’s basketball team (0-11) fell 96-85 to the Guelph Gryphons (3-8) tonight in their first game back after the holiday break.

The Thunderwolves and Gryphons started the game off with intensity and aggressive defense and they went point for point in the first 8 minutes. Guelph went on a big run at the end of the first and in the second that put the Thunderwolves in a tough position at halftime (51-35).

The Thunderwolves were not going to give up that easy and continued to battle in the second half, bringing it within single digits with 30 seconds left in the fourth. Lakehead outscored Guelph 27-20 in the fourth but were unable to bring it closer after some free throws made by the Gryphons to confirm their win.

“Our effort throughout the game was great. I thought our guys played with confidence and played for each other. We will keep working to get better and we have another opportunity tomorrow night”. – Coach Ryan Thomson

The Thunderwolves were led by guards Mor Menashe with 21 points and Nick Burke with 20. Both players were aggressive at getting to the basket and Guelph struggled to shut them down. 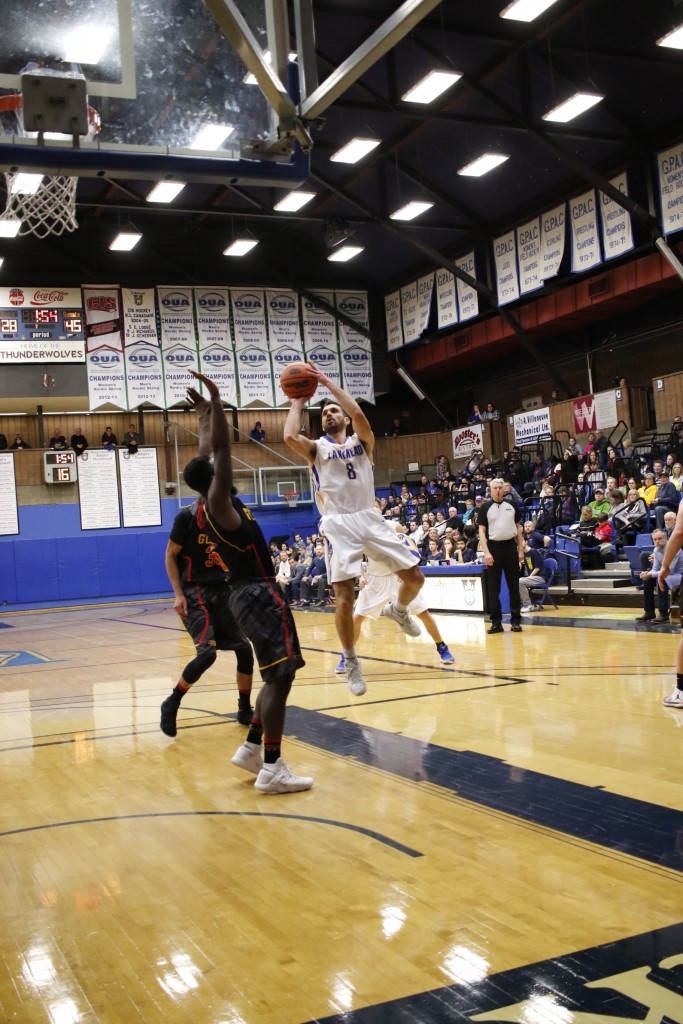 Lakehead will challenge Guelph again tomorrow at 8:00PM in game two of the weekend double header.