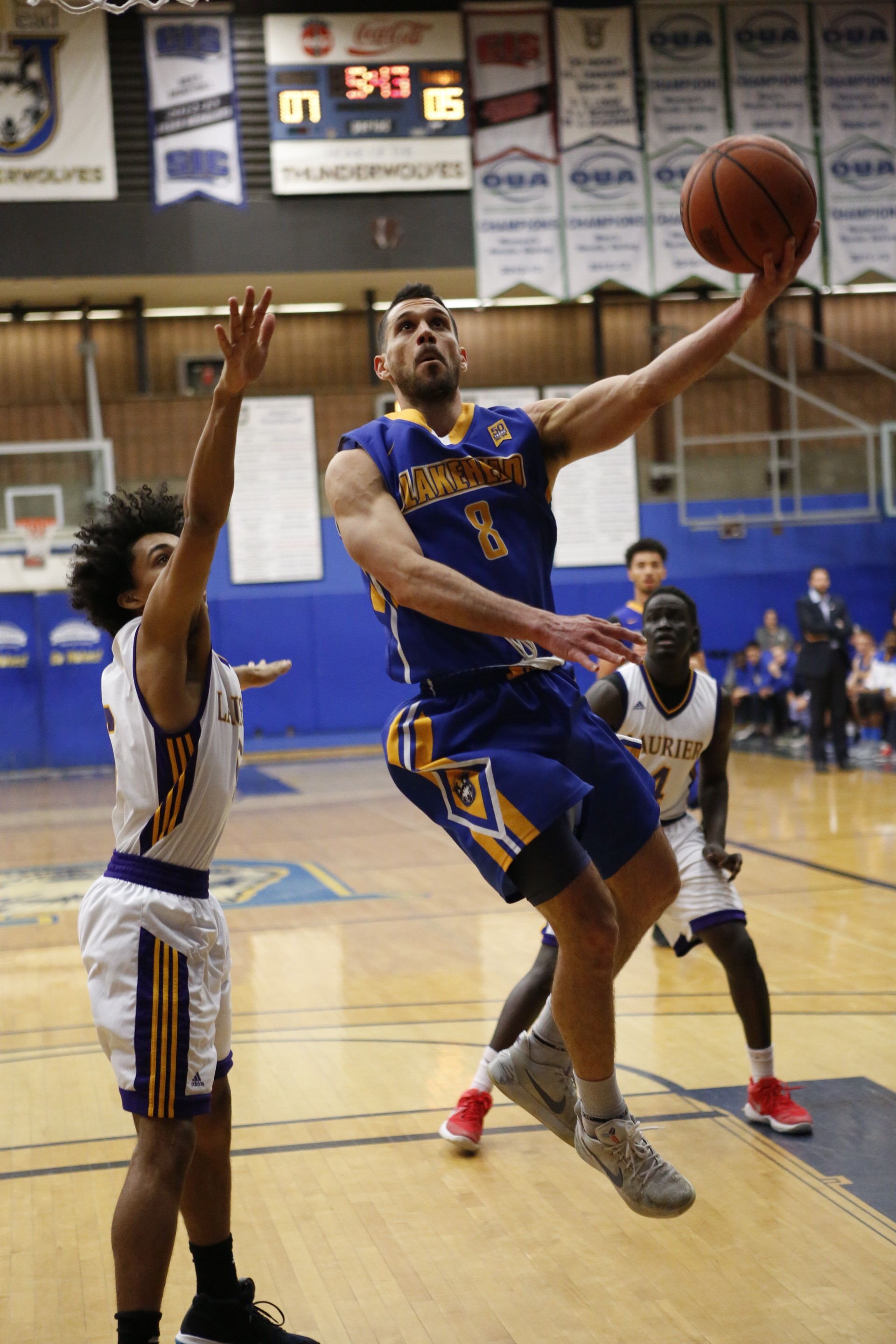 The Lakehead men’s basketball team (2-22) was defeated by the Laurier Golden Hawks (12-12) tonight 74-55 in their last regular season home game.

The Thunderwolves had a good start in the first quarter, only trailing by three (16-13) after the first ten minutes but the Golden Hawks pushed ahead going into the half, 37-28.

Laurier continued to push their lead in the third, going up 19.

Both teams struggled to score in the fourth with each putting up only 8 points but the Thunderwolves fate was sealed as Laurier took the win, 74-55.

“I’m so proud of the way our guys competed all second semester. We have a lot to build on going forward. I can’t thank our graduating guys enough. They’ve made this year a good experience for me. Mor, Noel and Mike will always be a part of the Thunderwolves family.” – Coach Ryan Thomson

Mor Menashe led his team with 19 points. Nahshon Hurst had 8 and Nick Burke and Jack bull each put up 7. Noel Jones finished the night with 7 rebounds.

Mor Menashe, Mike Theodore, and Noel Jones were all honored tonight during senior’s night for their hard work and dedication to the men’s basketball program.

This concludes the Thunderwolves 2017-18 season. 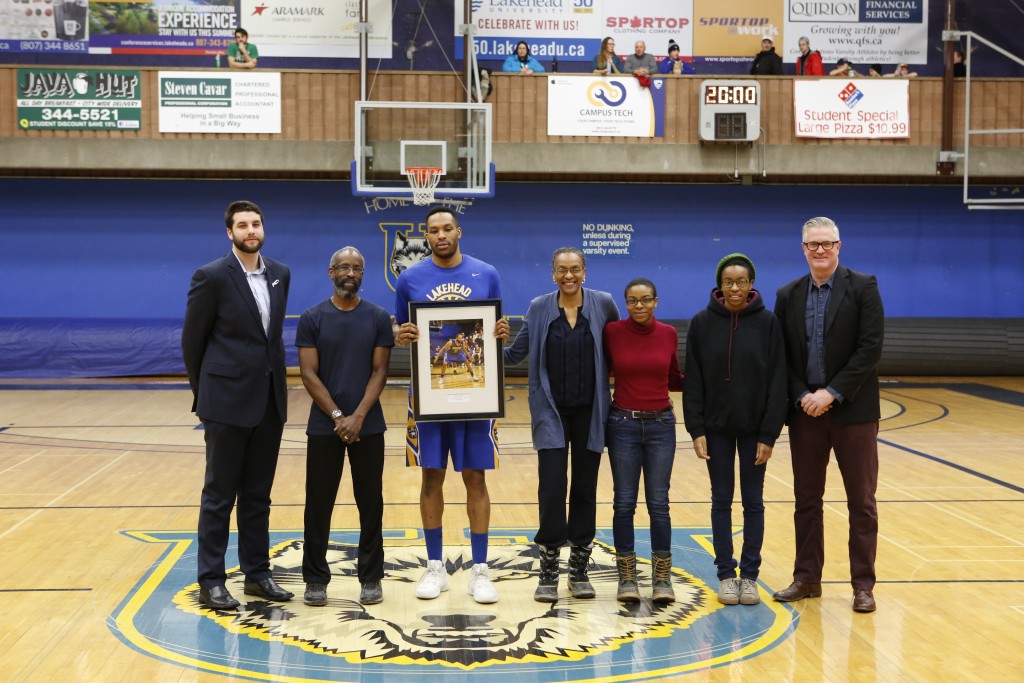 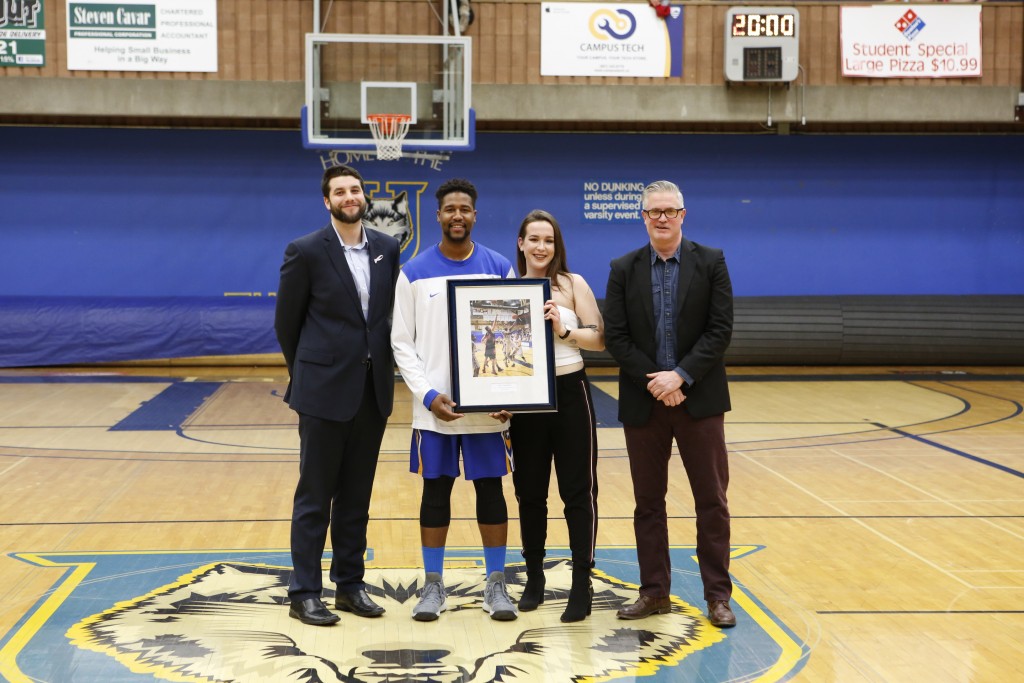 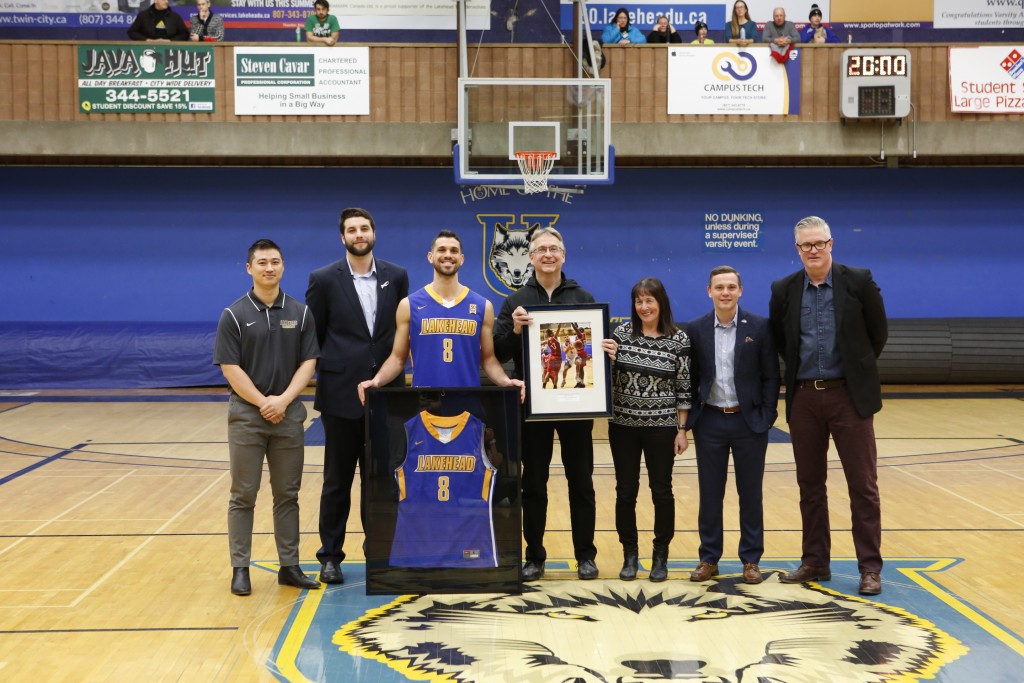