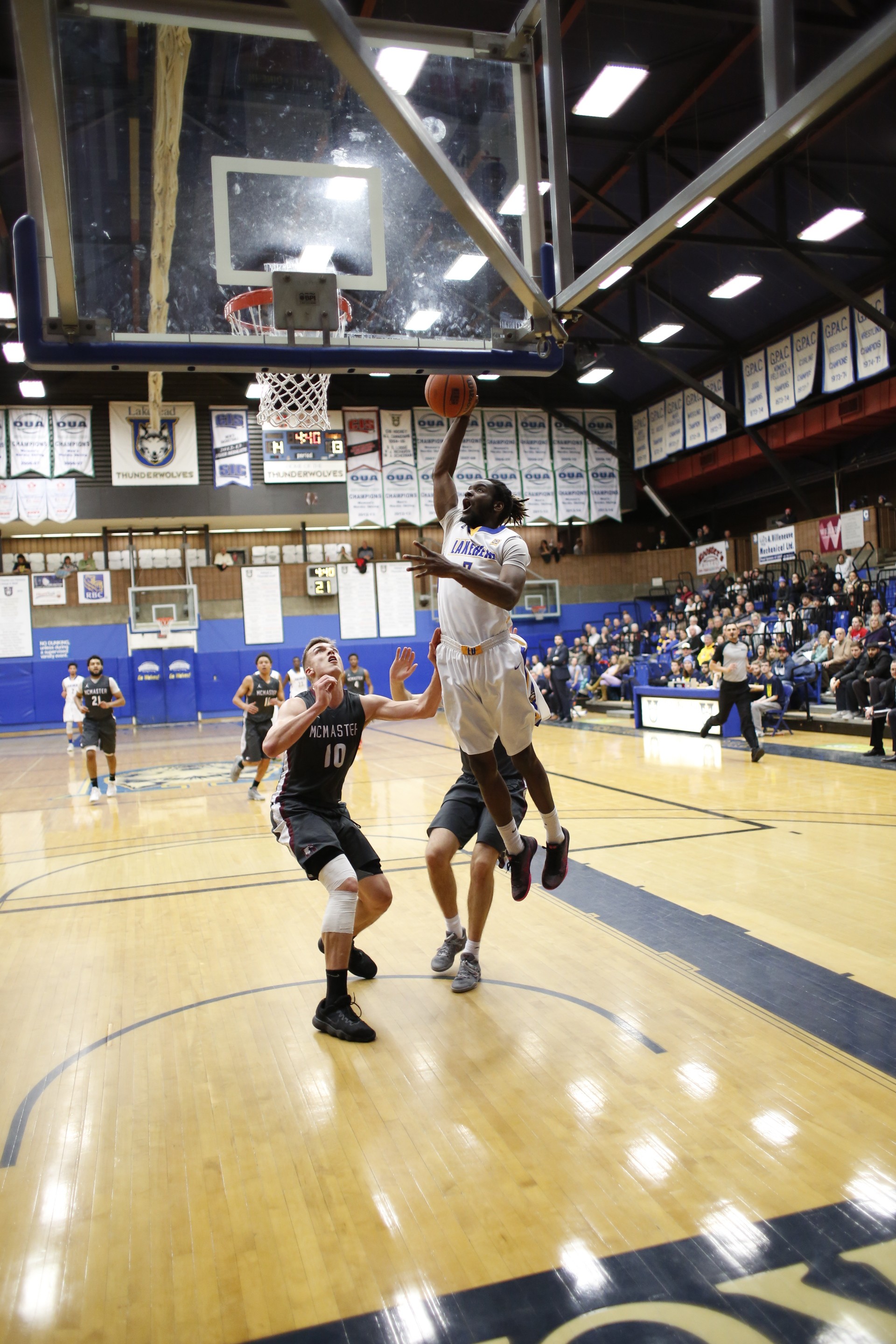 Both teams wanted the win tonight as the first quarter started in a back and forth battled. All tied up at 25 after the first quarter, Lakehead pushed a 6 point lead in the second, but McMaster quickly came back going up by 2 at halftime, 42-40.

Mor Menashe had two back to back steals late in the third to put the Wolves up 3 and Lakehead continued on to lead 66-63 going into the fourth. McMaster quickly turned it around and picked up their largest lead of the game in the middle of the fourth that the Thunderwolves would not recover from. Lakehead continued to fight until the final buzzer but could not take back the lead, losing 90-85.

“Tough game tonight. Fourth quarter putting them on the line 16 times was difficult to overcome. Our 19 turnovers didn’t do much to help us either. We need to control what we can control. That being said tomorrow is another chance for us to get a win.” – Coach Ryan Thomson

Mor Menashe had another solid game with 27 points, 6 assists and 5 rebounds. Nick Burke put up 17 points and Nahshon Hurst and Michael Poirier each contributed 10. 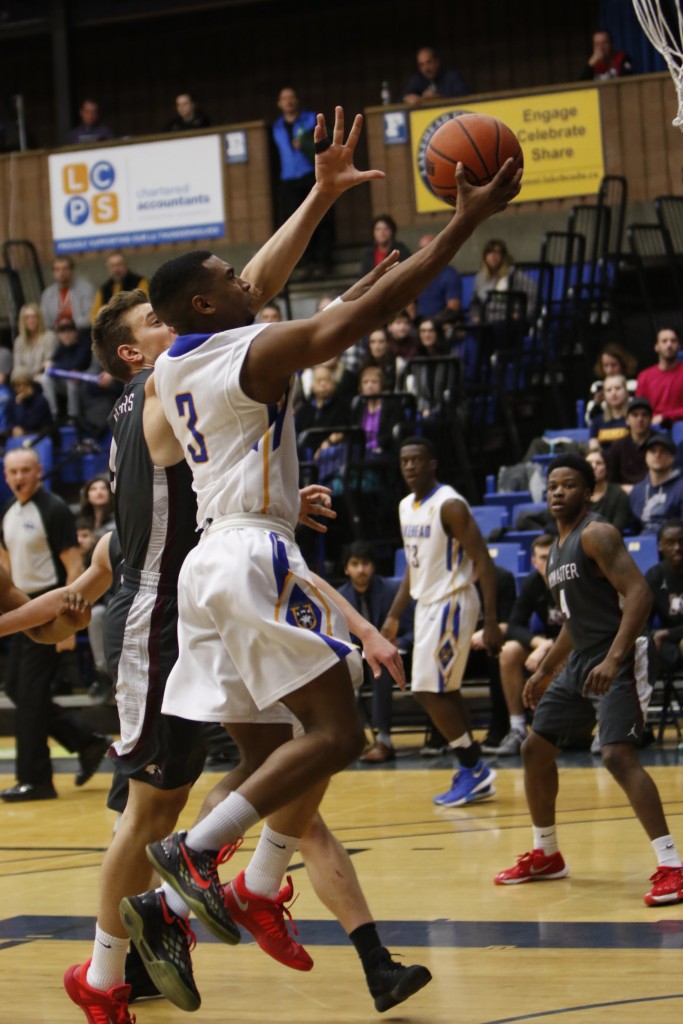