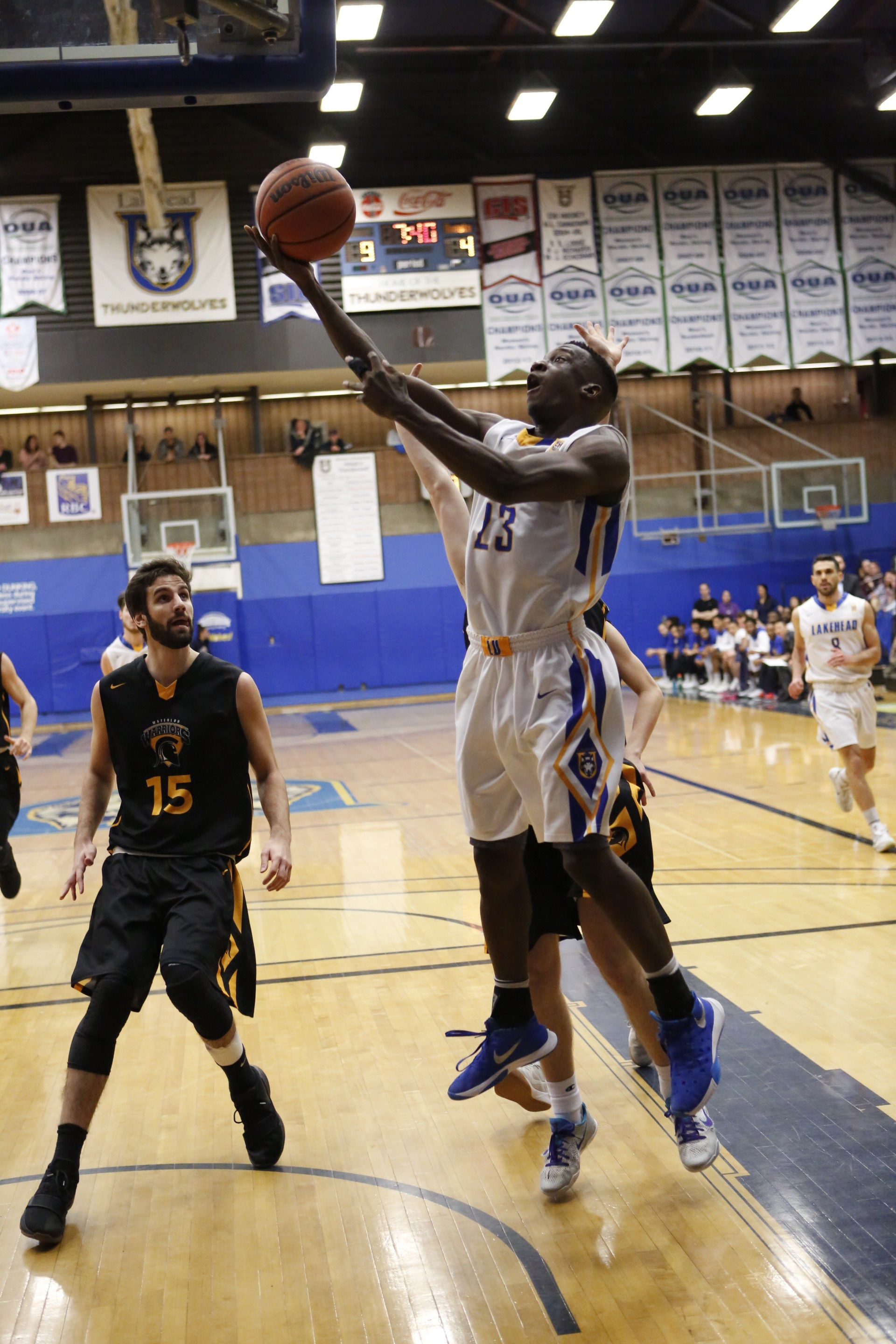 The Lakehead men’s basketball team (2-13) took down the Waterloo Warriors (6-9) tonight in a high scoring 98-89 victory. 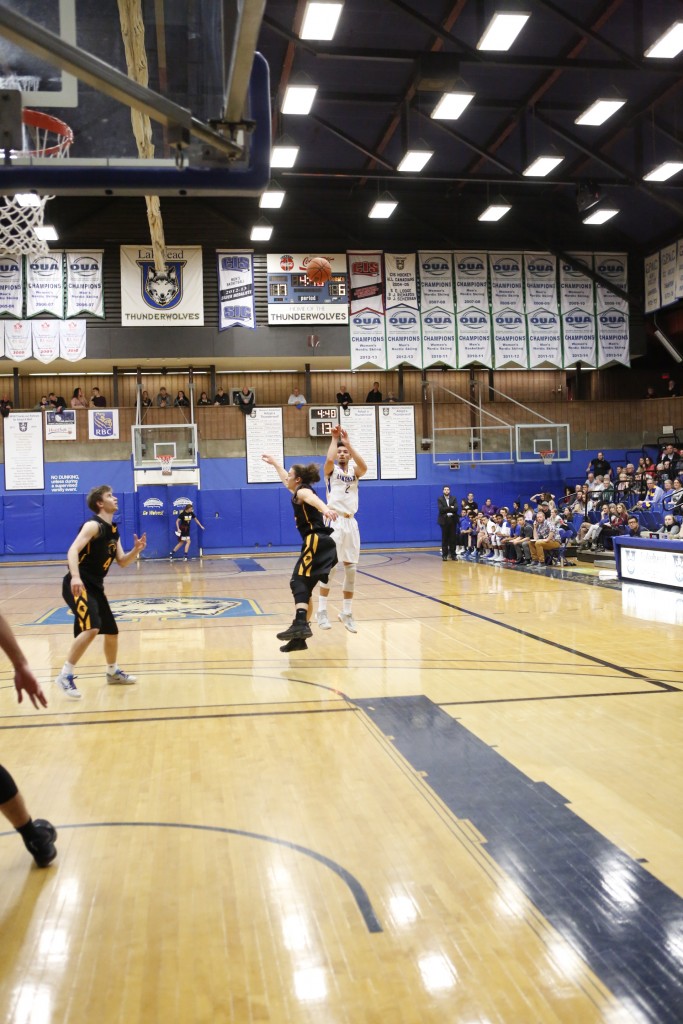 Waterloo turned it around, outscoring the Wolves 31-23 in the second but Lakehead held on to the lead at half, 51-43.

The Warriors continued to fight their way back in the game and brought it within two at the beginning of the third but the Thunderwolves found a boost in the fourth with a huge dunk by Jack Bull to put the Wolves up by ten again.

Waterloo tried to claw their way back but the Thunderwolves offense continued to work. Mor Menashe sunk two free throws with 16 seconds left to seal with win for the Wolves.

“I thought our guys played with great energy and great unselfishness. We will watch the film and see but it’s clear we have to clean up some things defensively but were excited to get another chance to compete against a very good team tomorrow.” – Coach Ryan Thomson

Quincy Johnson was on fire tonight with a career high 28 points, going 6-6 from the three-point line. Mor Menashe put up 24 points with 9 assists. 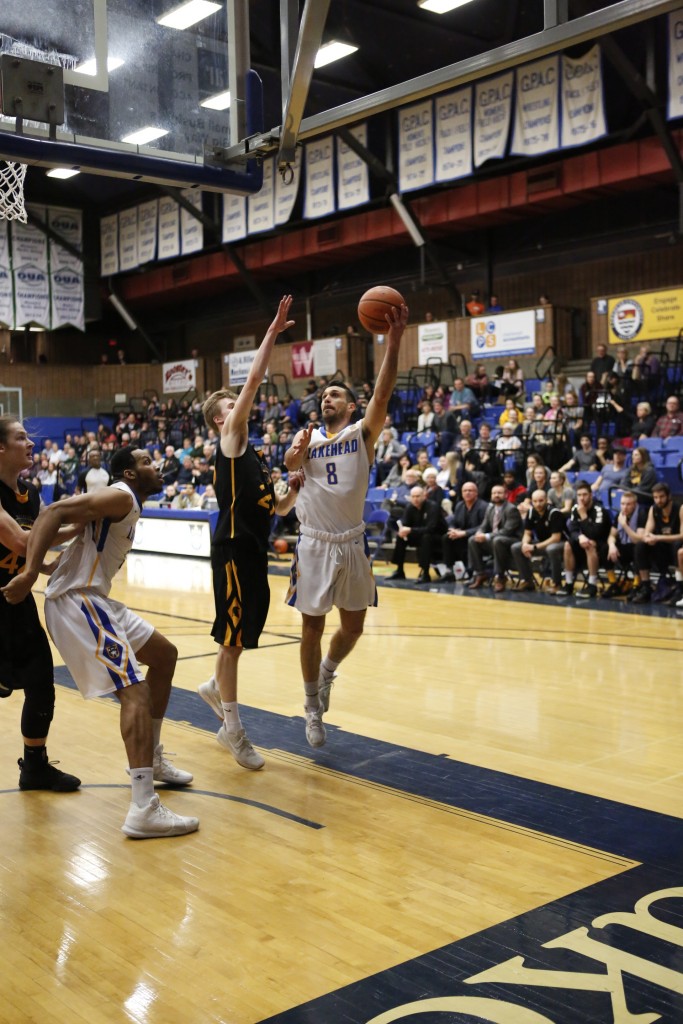