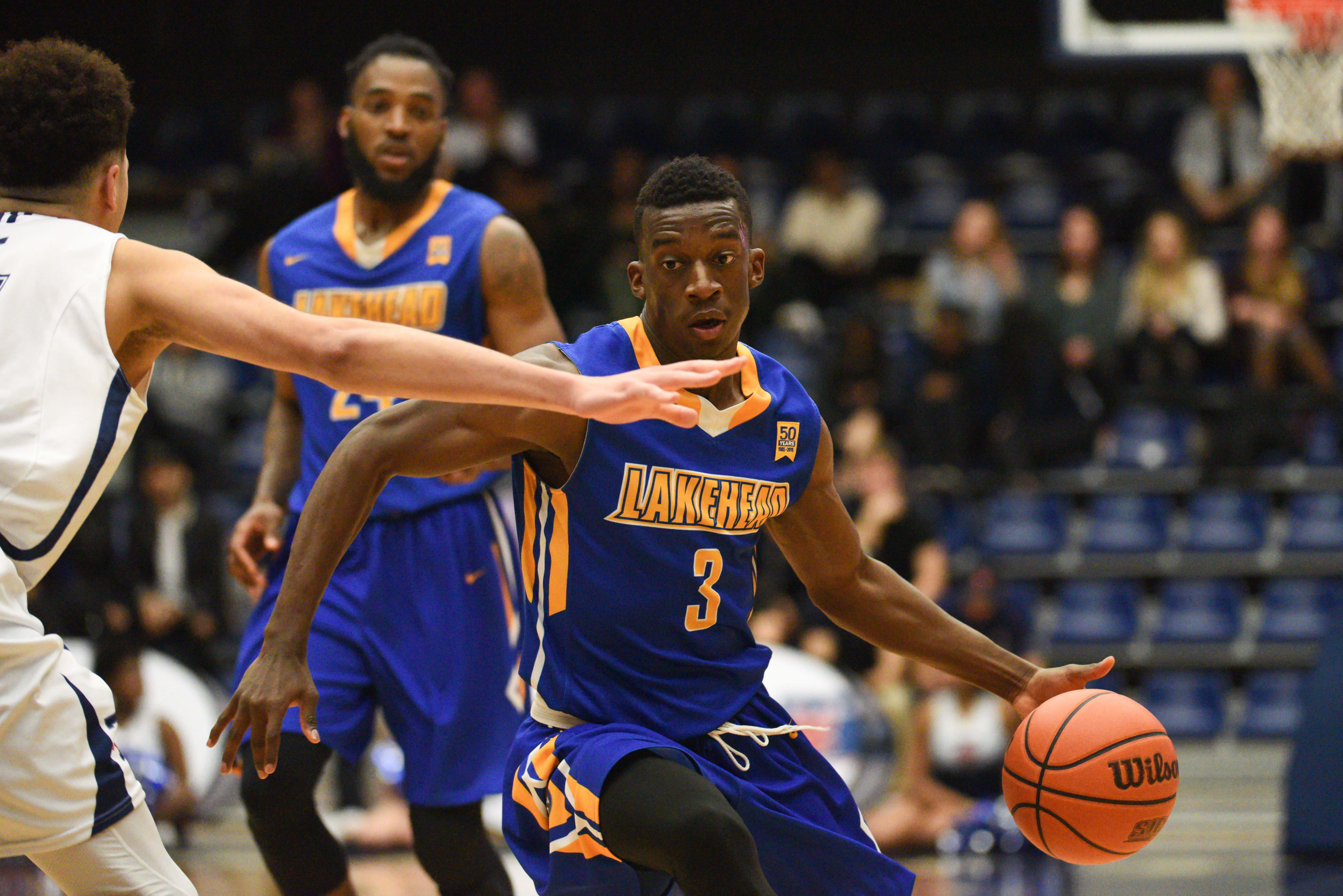 The Lakehead men’s basketball season ended today as they lost to the Toronto Varsity Blues, 82-61, in the first round of the OUA playoffs.

The Thunderwolves quickly found themselves down in the beginning of the first quarter that set the pace for the rest of the game. Toronto had a 23-15 lead at the end of the first. The ‘Wolves brought it within 7 in the second quarter, but the Blues quickly doubled Lakehead’s deficit and the ‘Wolves trailed 45-32 going into the half.

The Thunderwolves continued to work hard for the duration of the game but were unable to close the gap and came up short losing 82-61.

Kache Kopec was the leading scorer for the Thunderwolves with 18 points. Bacarius Dinkins had 17 points, 10 rebounds and Alex Robichaud had 8 points, 6 rebounds in their final game as Thunderwolves.

“We had a lot of different things happen throughout the year but our guys kept fighting and competing through it all. I’m Really proud of them and they should be too” – Coach Furtado