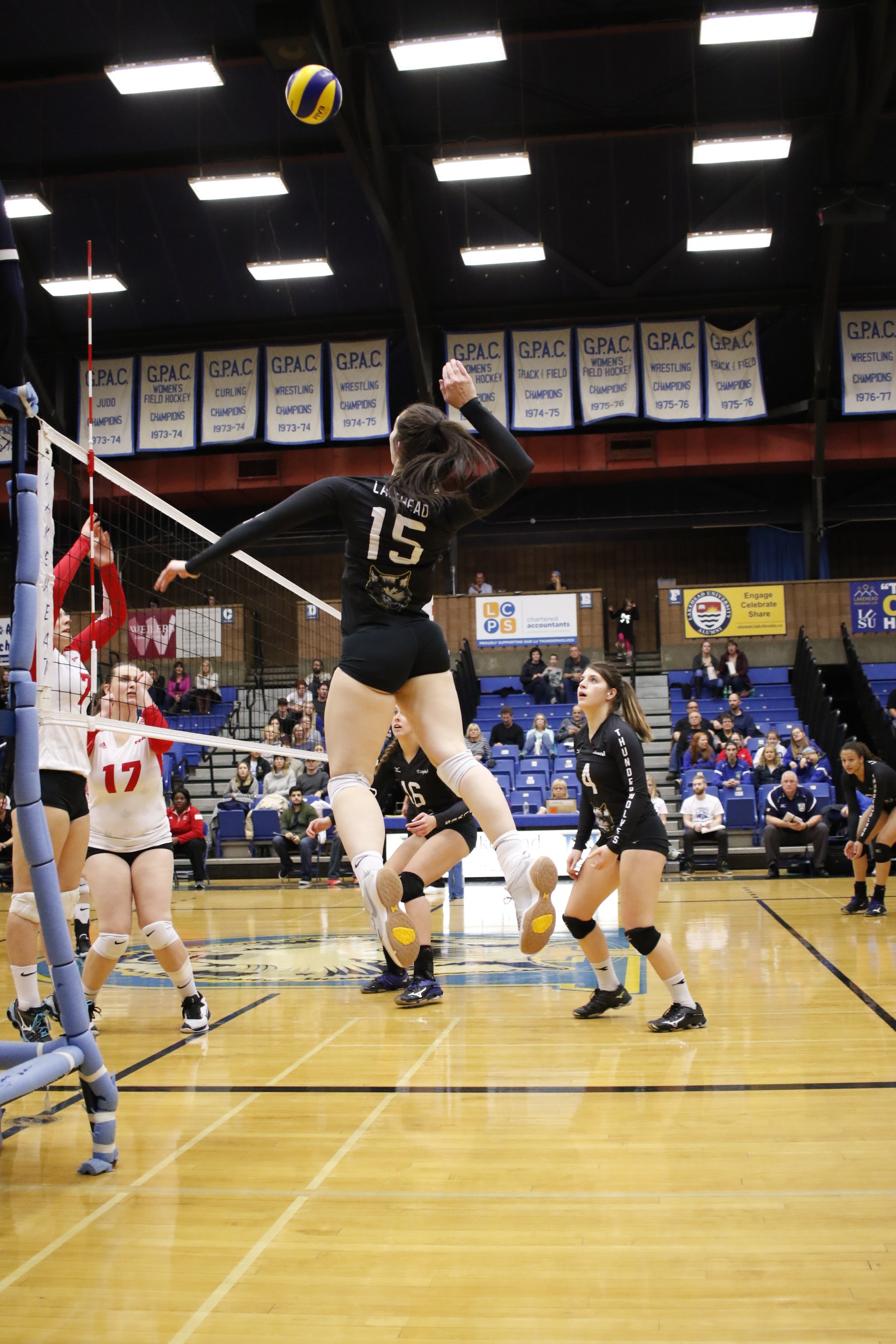 “The Thunderwolves did a solid job preparing for tonight’s game and were on par with their plan and execution”, said Coach Green after the game.

The Thunderwolves continued their tough play in the second set, winning 25-19.

RMC pushed back in the third, getting a lead right off the bat (10-4). Lakehead persevered and bounced back in an exciting set to win 26-24.

“Jen Hammerton did an awesome job of distributing the ball and other than a few runs on serve receive, we were very happy with the teams focus. The comeback in the 3rd set to twice eliminate a 6 point deficit was promising. These young ladies are realizing if they battle for each point, they can make good things happen.” 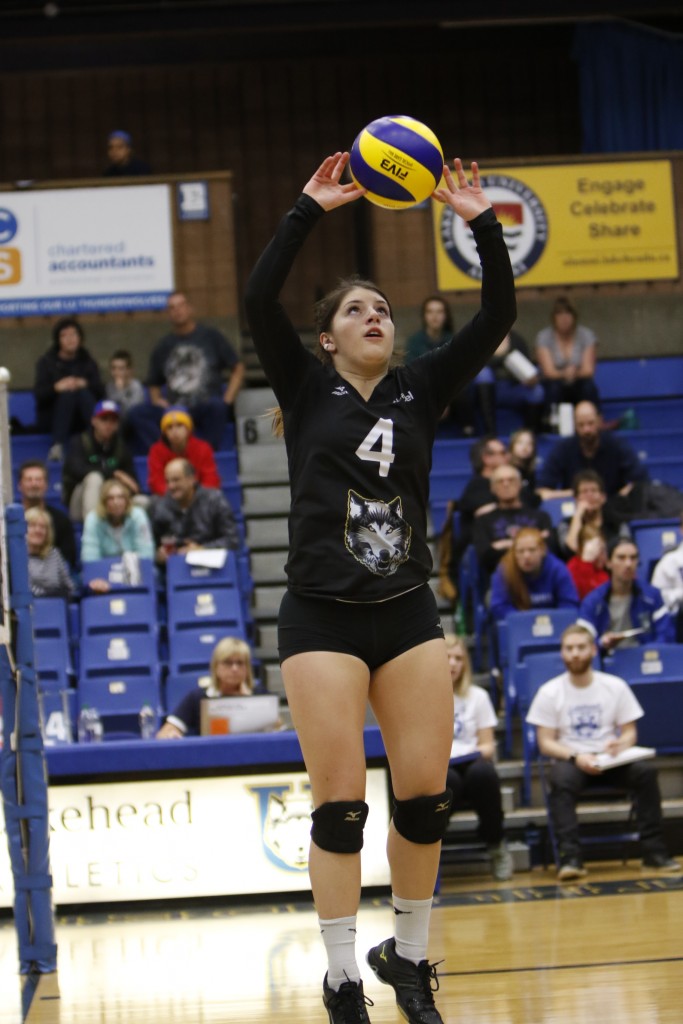 Lakehead will now face Queen’s (4-1) at 7:00pm tomorrow in the Thunderdome.