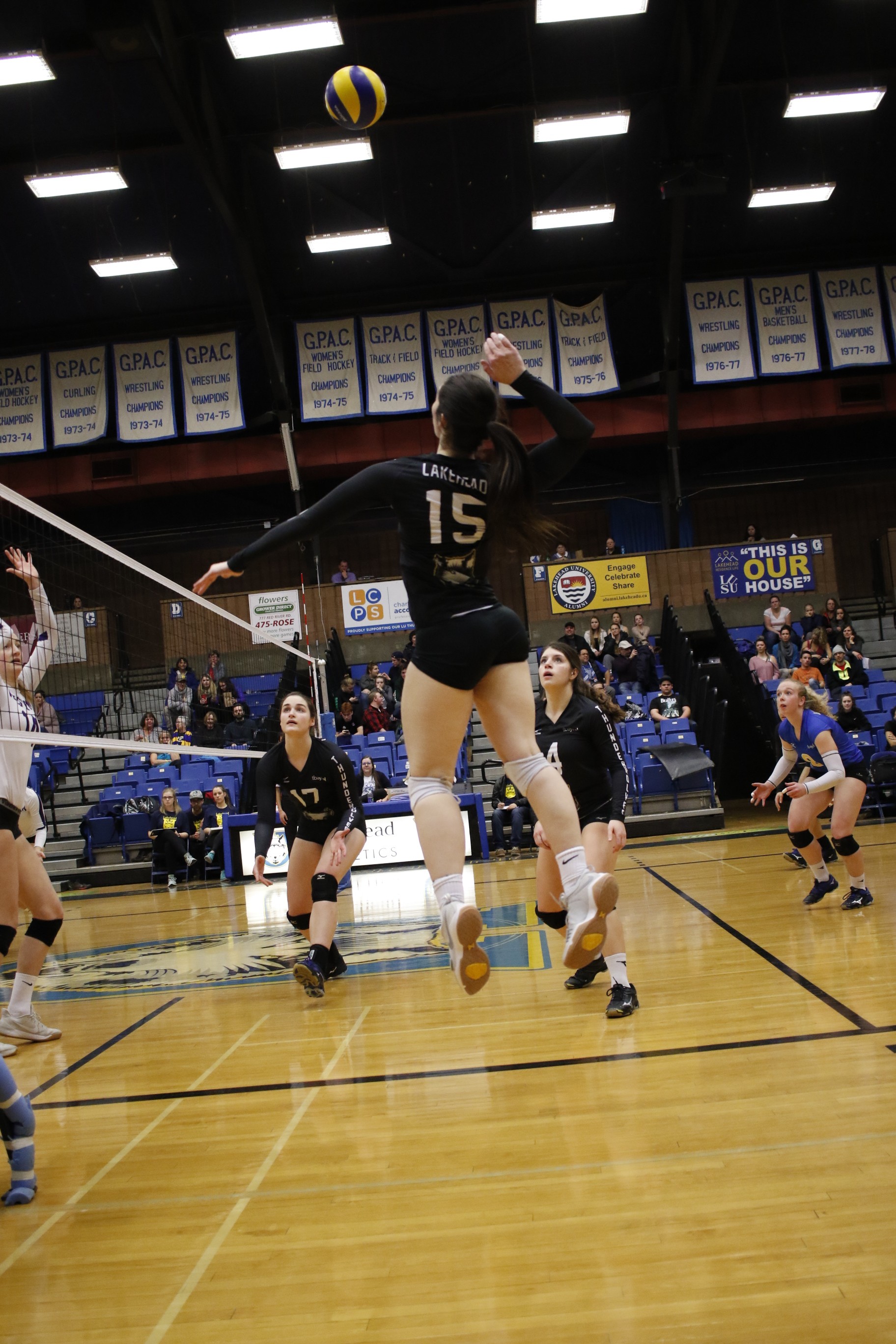 The Thunderwolves came out with high energy in the first but the Mustangs matched the Wolves momentum quickly tying it up. Western pushed ahead leading 16-12 at the technical timeout and following some errors by Lakehead the Mustangs pushed on to win the first set 25-16.

Lakehead continued to struggle with errors in the second and Western capitalized winning 25-15.

The Thunderwolves refocused in the third going point for point for the majority of the set until Western pulled away at the end, finishing off the day with a 3-0 win.

“Seems that we have to be more aware of how we manage the game and manage our skills. We can’t miss the serving targets and we have to be more aggressive on court awareness with defense and passing. We accomplished some good things today, however, it’s usually the error column that dictates the final result, and we made too many plays that resulted in direct errors. Western is a strong team which means we have to be aware of some strong hitters,” said Coach Green after the game.

“In the end, we watched young Meghan Routier play up her game again today, and Setter Jen Hammerton made a lot of solid sets of defense. Rheanna Geisel provided her usual energy and creativity on offense and we will need to build on that tomorrow.”

The Wolves are back at it again against the Mustangs tomorrow at 2:00pm. 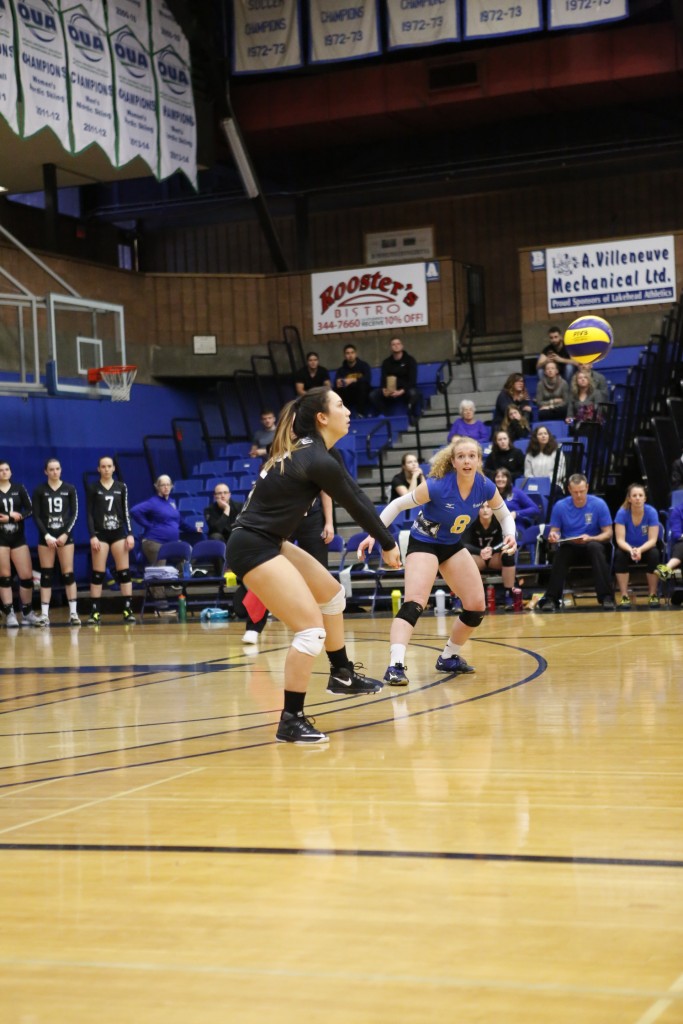