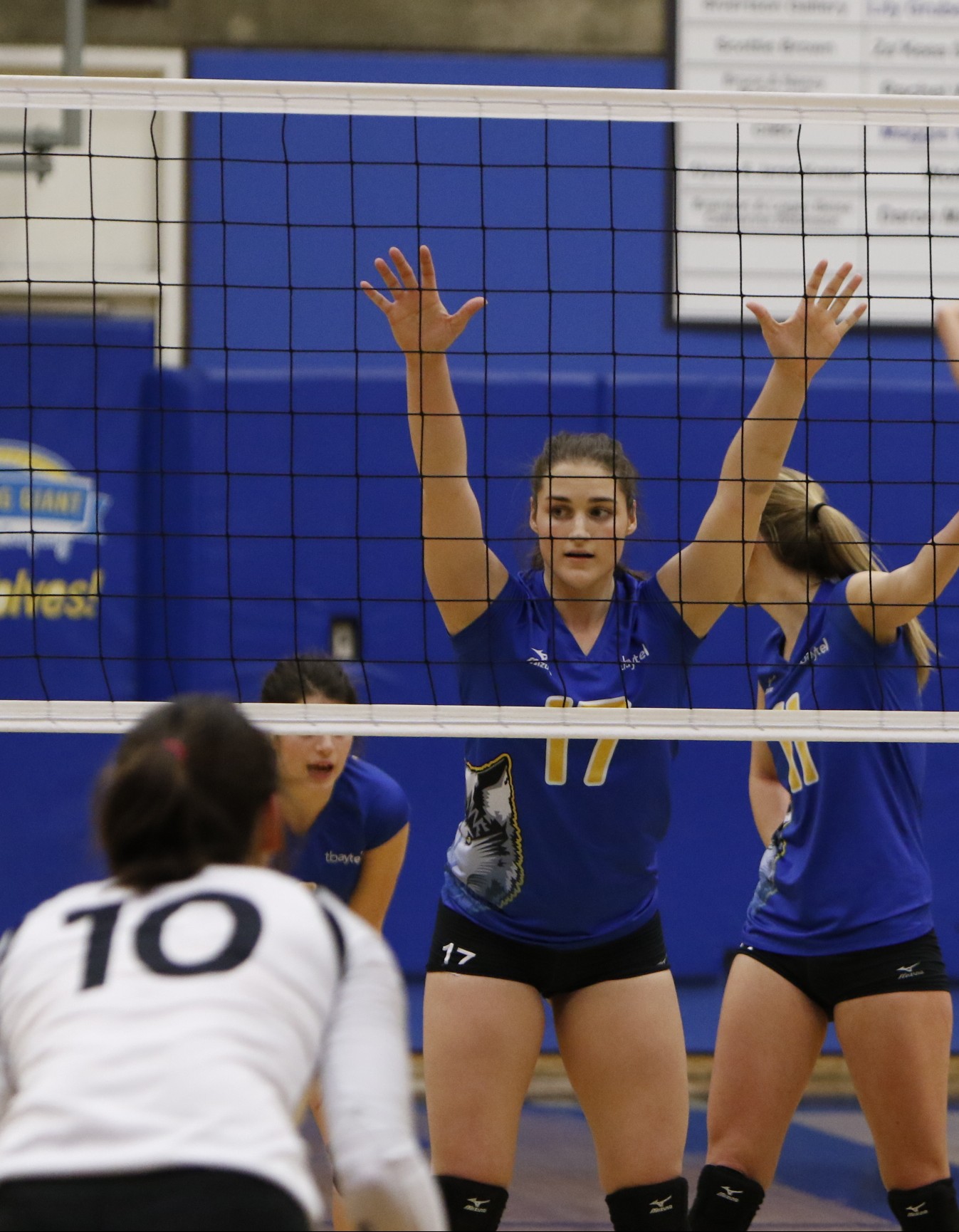 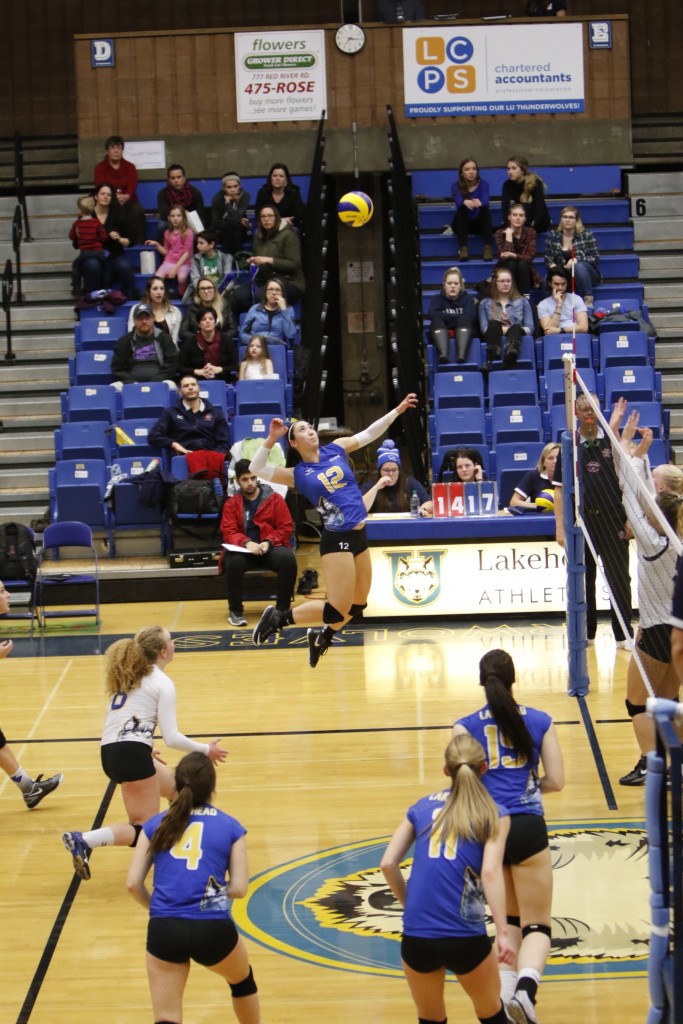 “How does the saying go, 10% physical, 90% mental? We struggled on our ability to concentrate, and yet in saying that we have to give Coach Richard a lot of kudos because he changed his athletes mentality today. MacKenzie was outside her mind tonight, she led them and we just had no answer. I am always impressed with athletes who rebound from a tough night.” – Coach Green

After Lakehead’s 3-1 win last night, Waterloo came out ready to play. The Thunderwolves struggled in the beginning of both the first and second set, but persevered, making it a tight game. Waterloo was able to hold on, taking the first two sets.

The Thunderwolves showed a lot of hard work and heart in the third and fourth sets that allowed them to have a fighting chance for the win. Both teams fought hard in the fifth set, but Waterloo was able to keep their errors to a minimum that led them to come out on top. 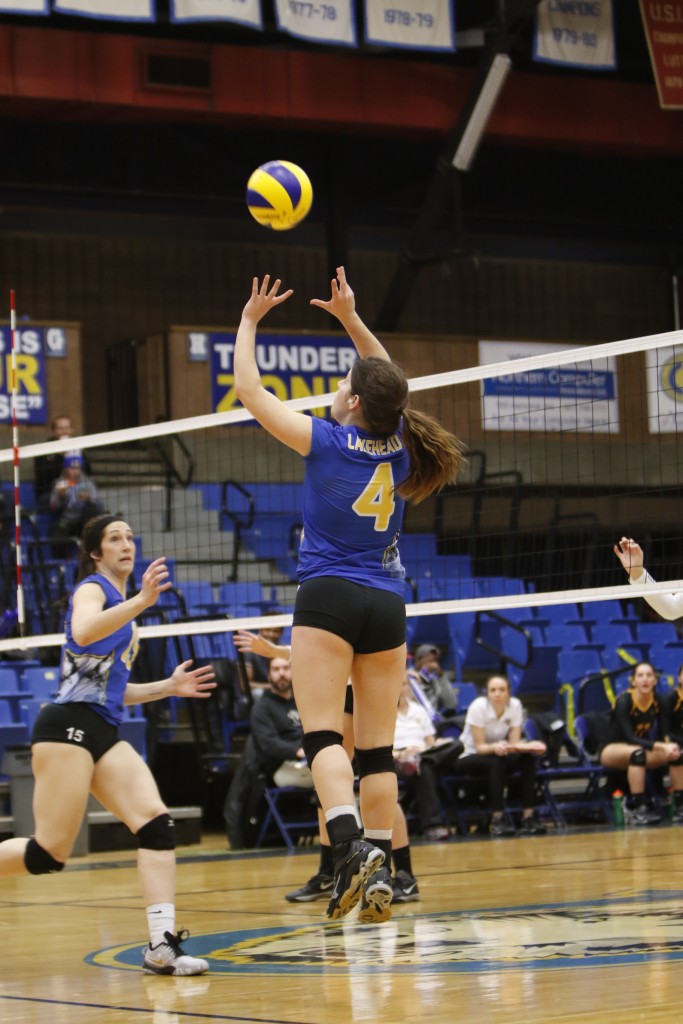 “On our side we had Kailan show up again tonight. She is a physical presence. In the end our lack of focus on serve receive was evident, and maybe more about us being aggressive on serve receive. Lots of work to do this week. Trent is here next weekend and we have to respond.”

The Thunderwolves will play at home next weekend on January 28th against Trent.